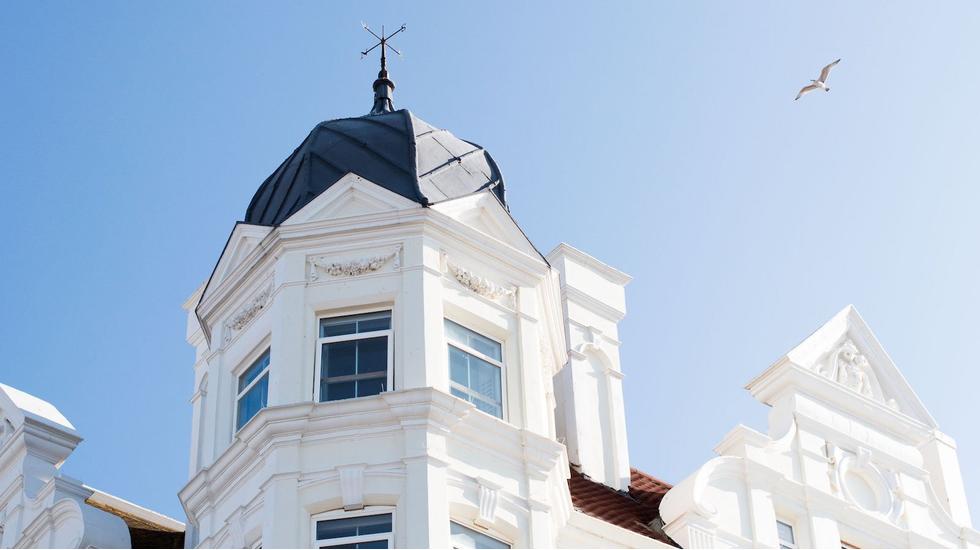 Words by
The Curious Pear and Rae Boocock

Whether Whether it's the familiar crunch of beach pebbles underfoot, the scent of vinegar-splashed fish or the roar of a Pride parade, it's hard to mistake Brighton's impossibly British character. Its reputation as the UK's bright, brash, rainbow-striped seaside destination has been thriving for decades. Writer Brian Behan once referred to the town as "tolerance by the sea" - and it's true that the city seems to epitomise England's cheekier, more outlandish side.

Locals adore their home and work hard to keep its independent spirit alive. Right across Brighton and neighbouring Hove you can mine for second-hand gold, curiosities and antiques along its knotted backstreets, or browse light-flooded shops selling Scandi homeware, local art, utility clothing, high-fashion labels and handmade jewellery in its idiosyncratic neighbourhoods.

While its kaleidoscopic creative scene has long rivalled London, it's only in the fast few years that the city's culinary offerings have cranked up several notches. Not long ago the choice was between battered cod or roast dinners and little else, but Brighton and Hove now offer a host of critically acclaimed restaurants.

There's good coffee at every turn, artisanal bakeries, tasting menus, converted warehouses serving seasonal plates and natural wine, street eats and, unsurprisingly, some of the best seafood in the country. Young, ambitious chefs are making use of the abundant produce in the surrounding countryside and sea.

Brighton may be going from strength to stylish strength; but its unmistakable personality burns brighter than ever, and the residents wouldn't have it any other way.

Recently named as the country’s “number one seaside hotel”, this breezy, whitewashed offering on the seafront is just a pebble’s throw from the iconic Lanes and the pier.

Back in 2006, Justin Salisbury left university to take over the family B&B, and with no budget to revamp the place, he had to come up with a plan.

Retreat from the buzz and bright lights of central Brighton at this 11-bedroom guest house above Hove’s Ginger Pig restaurant. Simple and understated is the philosophy here – as in the dining room below – with stand-alone tubs, Cowshed toiletries and premixed “Ginger” cocktails adorning pared-back rooms (some of which are in the attic). Guests are presented with a beach bag filled with towels and mats – ideal, as the shore is a pebble’s throw away.

In prime territory between the Palace Pier and the derelict West Pier, this is the grande dame of Brighton’s seafront hotel scene. First opened in 1864, it veers towards old-school luxe, with an Italianate sweeping staircase that leads to art-deco rooms. After gandering about North Laine, opt for a bee-venom facial in the spa before sampling the catch of the day in GB1 restaurant. Afternoon tea on the Victoria Terrace is an institution here.

This townhouse stands out from the many B&Bs that populate Regency Square thanks to its design-savvy owners: a Bosnian architect and a Serbian interior designer. Original 30s features, custom-made furniture and avant-garde art stand out against stripped floorboards and whitewashed walls. Each of the 20 individually designed rooms is named after a river; we love Daube’s sea-facing freestanding bath and Quaile’s private cinema room.

Cate Blanchett and Woody Allen are among the big names that have frequented Drakes. Carved out of two late-Georgian townhouses in Kemptown, it marries timeless comforts with 21st-century design. We recommend opting for one of the 13 rooms with sea views. The hotel’s acclaimed restaurant – all soft greys, exposed-brick and banquettes – serves the best of South Coast’s bountiful produce. Come evening, sip a Drakes’ signature negroni as the sun makes its curtain call on the horizon.

What’s great about Broad Street is that it’s a short stroll from the beach (three minutes), St James’s bars (three minutes the other way) and central Brighton (10 minutes), and yet isn’t a major thoroughfare. Here, Nineteen is a slim, seven-bedroom guest house decked out for millennial clientele. Expect bold colours, Aromatherapy Associates toiletries and eclectic art from Brighton-based creatives. The subterranean Gin Den is a particularly nice touch.