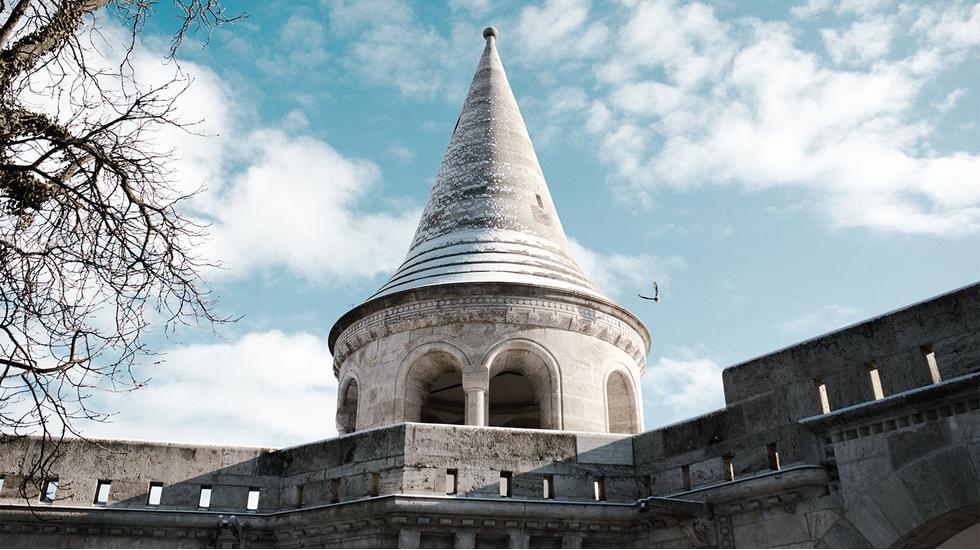 It's It's been said many times before: Budapest stands between Eastern and Western Europe, not just geographically, but culturally too. The city is grand, clean and functional, yet it's also gritty, chaotic and serendipitous, which makes it all the more exciting. But not all parts of Budapest are equal, so here are a few words on some of the best neighbourhoods.

Towering over the Danube River, Castle Hill (District 1) includes the medieval old town, with landmarks like the Buda Castle and the Matthias Church. Spend the day here roaming the charming streets lined with baroque residential homes, but after sunset, it's time to cross the river to the Pest side.

The old Jewish Quarter (District 7) is currently the undisputed hotspot of Budapest. During the day, hip cafés, designer stores and restaurants dominate the scene. And come nighttime, the area's many bars fill to capacity with locals and tourists alike.

Nearby lies the Palace Quarter (District 8). Hungarians often describe this as the "new cool part" of Pest, so take time to explore this neighbourhood dotted with impressive pre-war buildings and new restaurants. At the centre of town, Budapest's Downtown (District 5) is turning high-end with a growing number of five-star hotels, rooftop bars and excellent fine-dining options.

This 40-room boutique hotel in the heart of the city overlooks a pretty downtown plaza lined with the city’s top law school. The industrial chic interior complete with light wood finishes tastefully blends with the historic, 19th century exterior. Cherry on top is the year-round rooftop lounge with 360 views over Budapest and the modern Hungarian restaurant on the ground floor.

Located on a quaint backstreet in between the famous Andrássy Avenue and Király Street, this 25-room boutique hotel is just a stone’s throw away from both Budapest’s fancy shopping area and the city’s party center. Quench your thirst with a nightcap at the Shanghai-themed bar, Tuk Tuk, on the ground floor, or, if you’re curious to see one of the best ruin bars, walk over to Anker't.

Despite being part of a hotel chain, Iberostar feels like a boutique hotel. The gut-renovation of this 50-room building was the last work of one of Hungary’s best architects, Péter Reimholz, and the result is an eye-catching combination of old and new. The hotel is centrally located near most sites and the best restaurants, and it also boasts some of the most spacious rooms in Budapest. Don’t miss the dimly-lit, mosaic-tiled hot tub in the spa and be sure to ask for a room where the royal-looking Liberty Square provides the backdrop.

Named after the cult Texan singer/songwriter Townes Van Zandt, this elegant yet hyperactive hotel celebrates Austin’s musical past and present. Hotel Van Zandt presides over Rainey Street, a small web of wood-panelled houses converted into stylish bars and music venues. Antique rocking chairs sway back and forth on the front porches and the interior is sleek and mature – from the glitzy, industrial-style concierge awash with golds, bronzes and grey brick to the simple palettes and clean lines of the 319 rooms. The suites are dotted with record players, and many have sweeping views of the Colorado River. Opened in 2016, the hotel has already become an entertainment destination in its own right. Employees press a cold beer into your hand upon arrival, before pointing you in the direction of the lobby, which is filled with comfy sofas, a roaring fireplace and a sculpture of a flock of birds crafted from old records. Van Zandt has invested millions in lighting and sound systems, which play in every corner, including the hotel restaurant and live music venue Geraldine’s, and the outdoor pool (where the tunes play underwater.)

This eye-wateringly beautiful boutique hotel lives slap bang in the middle of South Congress, the treasured drag of cowboy boot stores, vintage shops and iconic taquerias. Somewhere between a Harajuku concept store, a Hollywood mansion and a Tribeca loft, this sumptuous space houses three restaurants: a 12-seat, impossible-to-get-into Japanese multi-course experience, an extremely sexy grill and a California-inspired café. There’s a rooftop pool overlooking downtown Austin, a coffee and a juice bar, a New York nail salon, a huge bar area and a bevy of unique bedrooms, some with adult-sized bunk beds. The entire hotel is decked out with greenery and reclaimed furniture, with eye-catching bronze, glass and brick walls.

If you've come to the Hungarian capital to fulfil your Grand Budapest Hotel fantasies without spending a fortune, look no further than the Maverick. It doesn’t get more luxurious than this hostel housed within a renovated mansion house built by the Habsburg Dynasty. Centrally located, close to the River Danube and a 15-minute walk from main tourist attractions, the surrounding neighbourhood boasts a number of cool coffee shops and places to find traditional Langos (salty fried dough served with cheese). Contrary to the usual hostel experience, there's not a bunk bed in sight; expect spacious and clean dormitories featuring antique furnishing, many of which even have fireplaces. This is accommodation fit for royalty, but without the price tag to match.