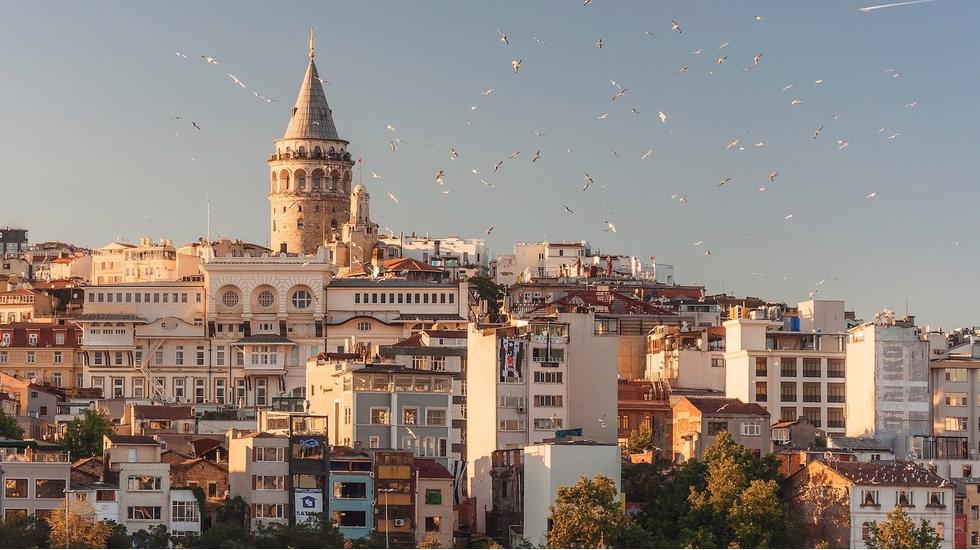 Istanbul Istanbul is one of the world's most intoxicating cities. Any trip there is a kaleidoscope of sense impressions - snatches of music, the clamour of street markets, the smell of delicious cuisines and ornate buildings illuminated by dusk light scattering through the streets, all under the keen eyes of local cats - little sentinels of hedonism. The secrets of the city can be found both down in the dark, rich underworld and fanning out in the side street, as well as up on the rooftops which allow you to take in the vastness of this glowing metropolis. We've scurried down alleys and clambered up endless ornate staircases to bring you this city guide.

Sumahan on the Water Hotel

A restored 19th-century Ottoman Raki distillery (“suma” is the word for “unadulterated spirit” and “han” was the word for “inn” in Ottoman times – hence the name) finished with modern architectural flourishes, this five-star hotel on the Asian bank of the Bosphorus (past the first Bosphorus bridge) promises a calm waterfront location with a chic restaurant attached and a library.

Housed in a former 19th-century neoclassical bank next door to the gallery space of SALT Galata and minutes from Galata Bridge, The House Hotel is a sleekly modern, fantastically equipped and comfortably hip hotel well located in one of Istanbul’s most happening neighbourhoods. One of the bank vaults has been repurposed as the Gold Bar, which is a punning stunt worthy of a drink, but don’t forget the spa and the modern art collection which is looked after by an in-house curator. If you’re feeling lavish, the view from the penthouse bathroom at the top is also reputed to be quite something.

Situated in the Genoese (later European) Quarter in Istanbul’s Beyoglu district, the area contains a number of notable edifices. Soho House fills one of them; the 19th-century Palazzo Corpi, former home of powerful Genoese shipbuilder Ignazio Corpi and once the location of the US Embassy. Adjacent to the clubhouse, bedrooms are located in the glass building and annex. Ranging from “tiny” to “the playroom”, 87 rooms include 17 mezzanine rooms and one apartment. With distinctive Ottoman influences, each is fitted with sumptuous headboards, oversized beds and carved armoires. Dine out and then head to The Embassy Club – a great late-night bar on the second floor of the house, where DJs mix most Fridays and Saturdays.

An extremely suave, artsy five-star hotel in the well-heeled Nişantaşı district with sleek and refined modern interior, reminiscent of urban penthouses. Containing an on-site art gallery, spa and two restaurants – including Frankie Istanbul on the top floor which has a smoking lounge has offers great views of the city.

Designed by Conran + Partners, The House Hotel is a sleek and ultra-modern addition to the ever-fashionable district of Bomonti/Şişli. The first three floors comprise of 56 elegantly furnished rooms, while the floors above are designated to residences, giving the building a more homely feel. Interiors channel a cool, muted palette of black and slate-grey with hints of gold and flecks of white – restrained, sophisticated, refined.

Situated within a dense web of side streets, Gezi Hotel offers escape from the bustling, vibrant scenes surrounding the much-visited Taksim Square. This green-certified hotel stands across from the lush Taksim Gezi Park and features 59 rooms with sweeping views of the park, the strait and the property’s own gardens. While the hotel’s interior mostly subsides within the spectrum of earthy browns, the colourful additions of Piet Mondrian-inspired details give the hotel a sophisticated charm.

Found on a modest residential street on the European side of Istanbul, Witt Hotel prides itself in offering a “real” Istanbul experience. The attention to detail is apparent not only in its polished appearance but also through the staff’s charming effort to personalise your stay. Rooms look out across the glittering skyline of ornate mosques and ramshackle rooftops. With a distinctly modern but retro aesthetic, the hotel knows how to balance style and comfort with a local-feeling experience.