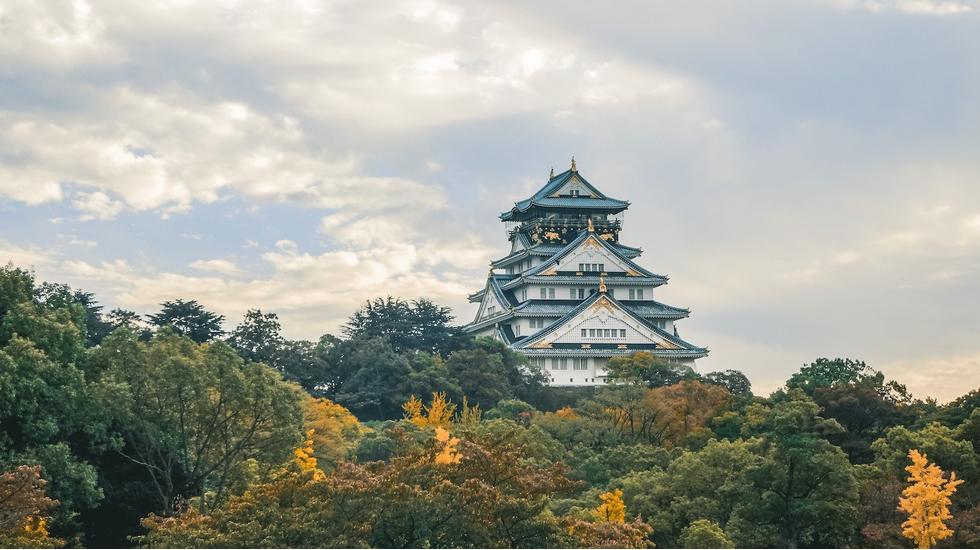 Considered Considered by almost all who visit to be the epicentre of Japan's fun side, Osaka has a reputation for being loud and brash where Tokyo is all refinement and style. This simple overview is not often wrong; Osakans consider themselves the friendlier of the bunch and are - uncommonly for such a modest society - proud of their city, which produces a high majority of the country's comic talent. With an abundance of bars and shopping arcades, Osaka is the ideal city in which to drink, shop and enjoy live music until the early hours. It's not the prettiest of Japan's cities architecturally, so Osaka is best viewed by night, when the neon lights switch on and the streets come alive with sizzles, smells and hearty laughter.

Considered the nation's kitchen, Osaka is renowned as the home of some of the country's best-loved street food, including takoyaki (deep fried batter balls stuffed with small cubes of octopus) and Osaka-style okonomiyaki (a savoury cabbage pancake topped with a sweet brown sauce and mayonnaise). From summer 2019, direct flights from London to Osaka are available, meaning it's now possible to skip the capital altogether and hole up for several weeks in Kansai - home to some of the country's best sightseeing spots including Kyoto, Nara and Mt Koya, and Osaka is the gateway city to it all.

The Blend Inn sits somewhere between a guest house and design hotel, with hyper-modern, industrial-style concrete interiors combined with wonderfully friendly service and shared bathrooms. There are seven rooms in the hotel, with an additional series of apartments for longer stays, including one room reserved for artists-in-residence (the hotel also comes with an in-house art gallery). Lounge spaces, a small kitchen and unusual little touches such as cassette players exemplify the thought which has gone into this space. The hotel is also ideal for those travelling to Universal Studios Japan, which is just five minutes away by train.

In Japan’s busy cities, a hotel with a hot spring is a blessing – that is, once the initial worries about nudity have been successfully surmounted. The warm mineral waters get the blood flowing for those still suffering from dizzying waves of jet lag, and help tired limbs wind down after days of sight-seeing. Onyado Nono Namba Hotel offers just the ticket for relaxation in the centre of Osaka, with indoor and semi-outdoor hot pools. Combined with tatami-mat floors, free ramen noodles every day between 21:30-23:00 and nitrogen draft “ice brew” coffee served on tap with a creamy head (something like an alcohol-free Guinness), the hotel knows how to get the little extras just right. This is the perfect option for travellers who are happy to forgo flashy touches and kick back in very Japanese-style surrounds.

Situated in one of Osaka’s most central and buzzing locations, this hotel is driven by a socially-responsible concept. Each of its 90 guest rooms is decorated with the drawings of children suffering with HIV who have lost parents to AIDS. A further eight rooms and the lobby are decorated with works by notable artists from across the globe. All mod cons such as handy smartphones and WiFi are included.

Opened in 2017, The Flag is just one minute away from the bustle of Shinsaibashi shopping street – a covered arcade of soufflé-style pancake cafés, international brands and cute character-themed shops. This mid-range hotel is simple and modern, and is an ideal option for those wanting to walk to Osaka’s main attractions. It can be tricky to strike upon good-quality mid-range hotels in Osaka, so The Flag is a definite find for those who want style on a reasonable budget. Coffee lovers will rejoice in the free coffee available throughout the day.

Set in the upper levels of a skyscraper, the Conrad is one of the most impressive of Osaka’s luxury hotels. It really goes for the wow-factor with walls of windows looking out onto the expansive cityscape beyond. Artist Kohei Nawa’s white bubble sculptures make gaze-worthy attractions in the art-filled lobby, while the white minimalist staircase, curling like a ribbon to the upper floors, is one of the hotel’s iconic shots. The hotel has 167 rooms of floor-to-ceiling views and pared-back interiors streaked with red. A sky lounge, several restaurants and a spa make it a difficult building to walk out of at the end of the stay.