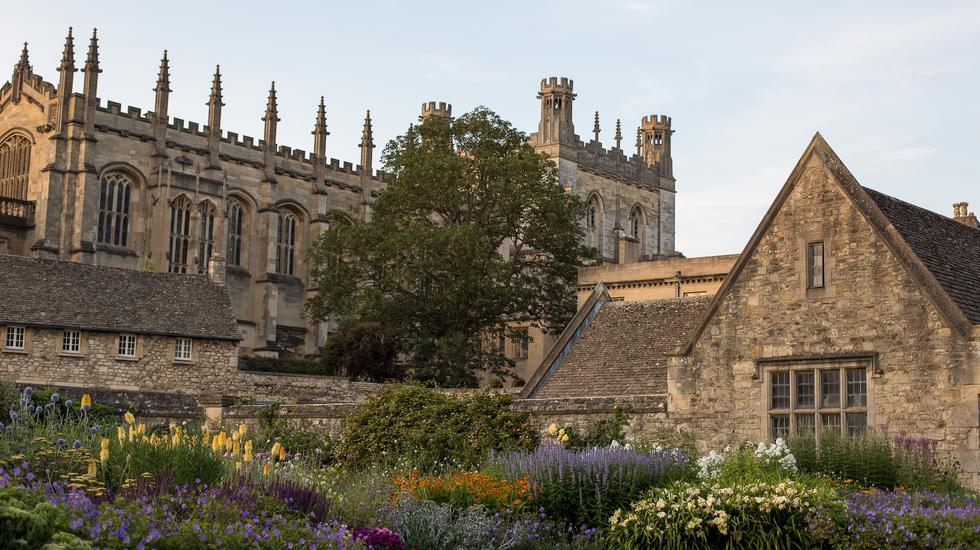 The The mention of Oxford tends to invoke visions of green lawns and candlelit libraries, gliding punts and twinkling spires. Look beyond these, however, and you'll discover a city that has inspired much more, from Alice in Wonderful to the Mini; Radiohead to Brideshead Revisited. Not to mention the famous Oxford Marmalade, whose first batch of amber nectar was cooked up in 1874.

While this is undoubtedly a city steeped in heritage - home to the oldest university in the English-speaking world, Britain's most ancient music hall and the UK's first botanical garden - it is as modern as it is traditional. From thought-provoking contemporary art to dynamic foodie start-ups that put sustainability at the fore, Oxford has never been more vibrant, nor more diverse. For travellers from near or far, the city has enough down-the-rabbit-hole magic to satisfy all tastes and appetites.

You know how Netflix’s Sex Education had British accents and a British film location but all the iconic retro hallmarks of an American high school? The Randolph, recently taken over by the Graduate Hotels group, feels exactly the same. The historic Oxford property (the sort of place grandparents would take you for a hot chocolate) has had a serious and much-needed facelift. It’s kitsch, OTT, and an utterly glorious homage to the university city. Breakfast is a highlight, with every old-school British classic you could wish for gracing the menu.

Raymond Blanc’s deliciously indulgent hotel in the Oxfordshire countryside needs no introduction. A historic stately home turned into one of the country’s finest hotels, this is the place for gourmands to hone their skills by spending a morning with the pastry chef, stroll the kitchen gardens admiring myriad mint varieties, or simply put their feet up and enjoy a two-Michelin-starred dinner overseen by the man himself. Once you’ve feasted to excess, retire to one of the manor house’s 32 individually designed guest rooms, each of which draws inspiration from Blanc’s travels.

A handful of characterful hotels are sprinkled through Oxford’s collegiate centre, none more rarefied than the Old Bank Hotel, which is perched on the High Street, and flanked by the Radcliffe Camera on one side and the verdant expanse of Christchurch Meadow on the other. But don’t go booking just any of its 42 rooms (though you could do worse than Georgian alcoves and wood panelling): plan well ahead to bag the hotel’s breathtaking star offering – The Room with the View. Accommodating up to four, with a Carrara marble bathroom and artworks that pay homage to the late British sculptor Geoffrey Clarke, it’s really all about… the view. Expect a matchless city panorama that simply has to be seen to be believed.