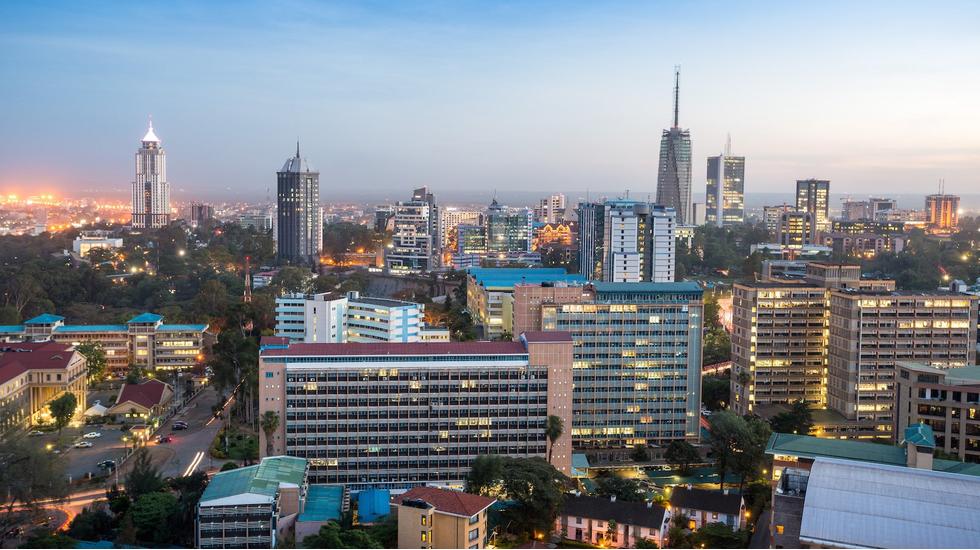 Nairobi Nairobi sprouted into life back in the late 1800s as the site of a railway depot. The British colonial rule had decided to build a railway from Mombasa on the Kenyan coast to Uganda to gain control of trade on the Nile. As the railway developed, Nairobi became the administrative capital and grew wealthy from an influx of game hunting tourism. By the 1960s, Kenya had gained independence and was establishing itself as one of the safari capitals of the world. Nairobi continued to grow into East Africa's fastest developing city, but has been somewhat overlooked as a tourist attraction in itself - until now.

Today, the change taking place is visible. Restaurants, skyscrapers, rooftop bars, modern apartment blocks and roads are being built at an extraordinary rate. In July 2015, President Obama visited the capital and put Nairobi's entrepreneurial genius on the map. This is the home of the Silicon Savannah, with tech innovation hubs and funky co-working spaces sprouting from every run-down building block. Visit 10 years from now, and this city will look very different from how it does today.

Cattle wandering nonchalantly across dual carriageways and women strutting down rubbly pavements in colourful patterned dresses set the tone for this charismatic place. In the traffic, street vendors stand in the road selling water, bananas and the odd elaborate painting of a Maasai Warrior to passing drivers. It is a city that is never dull, constantly changing and trying to figuring itself out.

Nairobi has a lot to shout about, from boutique shopping to a thriving music scene, gourmet foodie spots and wildlife in the city (sundowners in the National Park surrounded by zebra, lions and giraffes, anyone?). As news of Nairobi hasn't been pretty in recent years, this is a guide to changing your perception of it by exploring what is wonderful, positive and exciting about this place. So before you screech away on safari, step away from the beige 4x4 and step into the urban hub of Kenya. Welcome to Nairobi. 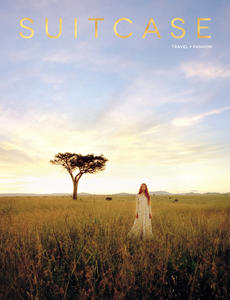 Nairobi’s newest boutique hotel, Dusit D2 is shiny but chic, with a glamorous bar, Thai restaurant and red swimming pool with sunken lounge seating. The rooms are nothing to sniff at either – we’re obsessed with their tropical rain showers, hanging lights and gorgeous teal and aztec-print cushions.

Set in 12 acres of land with rare Rothschild’s giraffes wandering majestically through the grounds (and occasionally sticking their head through the restaurant window), Giraffe Manor is as charismatic a crash pad as you can find. Rates include airport transfers, transport around the Karen & Langata area and entry into the Giraffe Centre.

Sankara is an elegant business hotel in Westlands, central Nairobi. Its rooms are comfortable, if a little lacking in personality, and the staff are attentive and accommodating. Its key selling point, however, is the shimmering rooftop bar and pool, which has a see-through glass bottom at one end.

Set in the leafy suburb of Gigiri, Tribe is another of Nairobi’s boutique hotel offerings, with individually themed rooms decorated with elegant blends of African fabrics, art and sculptures. Outside, there’s an opulent pool with a swim-up dining table. Stay for Sunday brunch at Jiko, the hotel’s on-site restaurant for giant, beautifully presented food platters and non-stop mimosas.

The crème de la crème of Nairobi accommodation, Hemingways combines colonial elegance with modern luxuries to create something truly special. Rooms are individually themed and expansive, with wooden drinks cabinets, travel trunks and terraces overlooking the Ngong Hills. The bathroom is the highlight though: you’ll have your very own walk-in wardrobe, deep bathtub with a drinks holder and rainfall shower. There’s a pool, spa, bar and restaurant on site.

Arguably the most intimate safari in Kenya, given that it is the only lodge in over 200,000 acres of untouched wilderness, Saruni consists of just six exquisite lodges planted on the vast plains. The absence of fences allows for free movement of wildlife, so don’t be surprised to be sharing your breakfast with a curious giraffe. Guests can now see the savannah from new heights as Saruni has introduced scenic flights across Lake Turkana, the Lorian swamps and the imposing Mathews range. Designed with the needs of photographers in mind, the underground, earth-covered bunker is just moments away from a frequently used elephant waterhole. Budding cameramen are encouraged to hunker down in the purpose-built photographic hide. After spending hours on your knees stealing the perfect shot, retreat to the open-air Samburu Spa where olmurmuru seedas and aloe kedongesis are used to release muscle tension.

Sculpted into the granite Mughwango hill, Elsa’s Kopje Lodge stands just above the site where George Adamson famously nurtured and released orphan lions, long before conservation became fashionable. Since singlehandedly saving Meru National Park from becoming rice plantations, the lodge has become a beacon for eco-conscious safari camps. Only natural materials were used in the build, solar-heated water is used in the spacious bathrooms and guests are handed reusable water canteens to reduce plastic consumption. With a thriving rhino sanctuary, hundreds of exotic birds and several herds of elephants, Meru National Park is recognised as having the most diverse range of animal species in East Africa. Pair early morning game drives with breakfast in the bush; come evening, enjoy a spectacular sundowner under rose-hued skies from the infinity pool.

The Giraffe Manor takes the statement “closer to nature” seriously. Here, you’re just as likely to see a giraffe strolling around the garden as a human and mealtimes with these animals are commonplace. Located in Karen, an affluent neighbourhood in Nairobi, this Scottish-esque house is blanketed in ivy, which is pruned daily by the friendly giraffe residents. As home to nine Rothschild’s giraffes – one of the most endangered subspecies of its kind – the manor serves to remind us of the importance of protecting them.