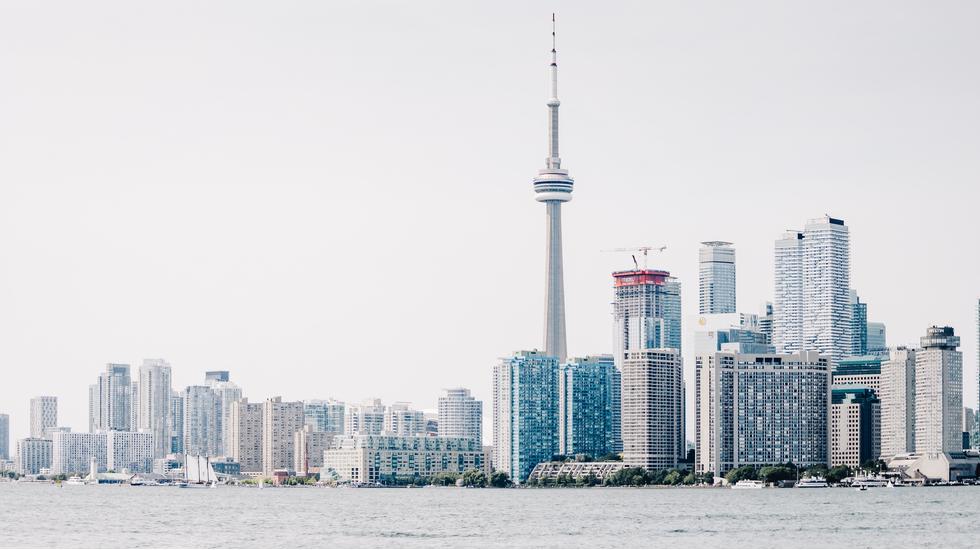 A A multicultural city on the northwestern shore of Lake Ontario, Toronto is Canada's capital of creativity and diversity, home to a miscellany of sporting events, galleries, festivals and renowned restaurants, along with a healthy dose of outdoor activities. These are the best places to stay and play.

Perched on the northwestern shore of Lake Ontario, Toronto - or "The Six", as it's known to some locals - is a melting pot of culture from all corners of the world. The most populous city in Canada, it's celebrated for its creativity - in film, music and artistry - and diversity, both of which have shaped the warm (figuratively and, from June until October, literally), welcoming metropolis it has become.

Residents love Toronto for its fusion of busy-city excitement and easy outdoor escapism. Downtown, where sports fans congregate to cheer on 2019 NBA champs the Toronto Raptors, tourists flock to see the CN Tower and the streets buzz with people, the pace feels electric. From sports games and art galleries to renowned restaurants, musicals and festivals, including the famed Toronto International Film Festival, there is endless entertainment. Yet you'll also find pockets of calm at the many beaches and green spaces.

There are ample opportunities for activity in Toronto. During the warmer months, the lake is a funfair for surfers, kayakers and swimmers, and in winter there is ice skating aplenty as well as numerous indoor activities, including bouldering and obstacle courses. Cycling is one of the easiest ways to navigate the city, thanks to the extensive network of bike paths and trails, and bicycles can be borrowed from any of 465 stations peppered across the city. Public transport is another inexpensive and efficient way to explore.

If time and budget allow, hire a car and head out to some of Toronto's neighbouring gems, such as Niagara Falls and the nearby wineries or Prince Edward Island.

Despite not being anything to do with the rapper, this hotel does host music shows and art events, as well as having a shop, café, restaurants and night club. It has owned the increasingly popular idea of a hotel being a hub where locals as well as guests hang out. A handful of boutique rooms are decked out like hip apartments with feature walls and mid-century furniture.

With a colourful history, first as a luxurious home called Dingman Hall and then as a strip club and flop house, today’s newest iteration of the Broadview oozes history. Quirks are talked up here: old posters remain, the decor is flamboyant and rooms boast record players and vinyls. A roof terrace tops it all off nicely.

Located opposite the famous Second City comedy club, Bisha has put design at the heart of its modus operandi. To this end, it has enlisted a range of people from rock star Lenny Kravitz, perfumer Ben Gorham of BYREDO, fashion industry big-hitter Grace Zeppilli and designer Alessandro Munge to add their own touches to the interiors at this high-end offering.

This luxury hotel tower opened in May 2018 and everything inside is box fresh, from the sports and gym facilities to the restaurants and bars. The soaring complex sits on the site of the former Garrison Reserve where British soldiers stationed at Fort York would drill. Now the only militaristic element are the spin classes and hot yoga, while they also have a golf simulator.

Black-stained brick, walnut doors and plenty of gold make The Andorre House (formerly a forgettable Comfort Inn outpost) really stand out. This 11-storey boutique hotel has rooms decked out in dark and sophisticated tones with room numbers set in tiles on the floor. Quirky and enticing, it opened in April 2018 and remains one of the most talked about openings in the city.

This downtown urban retreat has a neighbourhood feel; in fact its surrounds are the making of it. In the boho gallery district of West Queen West, The Drake Hotel delivers. Dine on a brunch of chicken and waffles, have pre-dinner drinks in the Sky Yard rooftop lounge, and dance in the Underground basement bar. Head for bed via an old brass staircase, clocking the Canadian modernist art flanking the corridors as you make moves for you room.