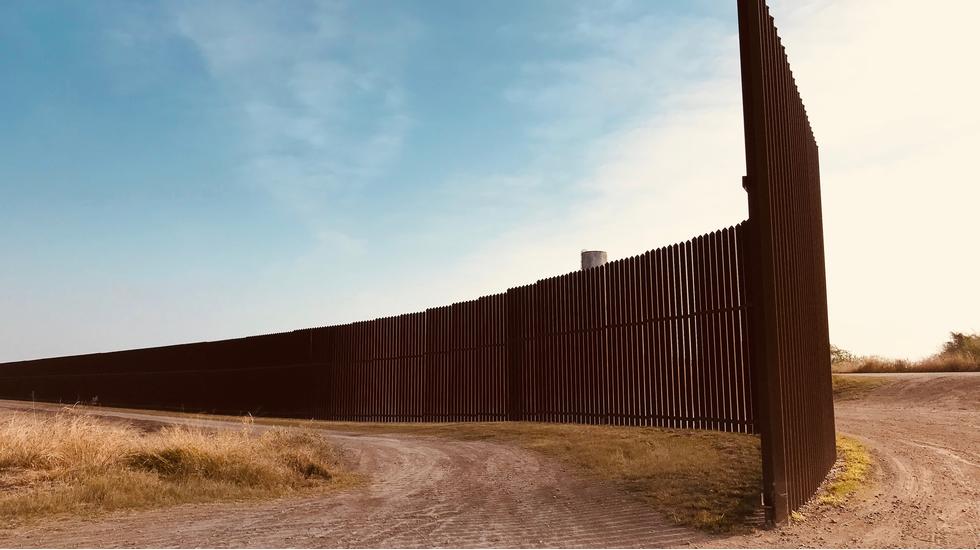 Borders Borders and divisions the world over - whether naturally, socially or politically occurring - can bring insight into where and why boundaries exist between people, places and things. They are tremor lines of what history has left behind, from religious realignments and social divisions to geopolitical borders. Here, we consider a snapshot of the many lines drawn - sometimes literally - in the sand.

The City of Los Angeles and Bel Air

LA is a city of contrasts: glamour and luxury in Bel Air and Beverly Hills versus the gang-ridden violence of South Los Angeles. Sunshine and noir; sparkling utopias and dark corners. Mexicans, Koreans, Guatemalans and Salvadorans are crowded into a downtown area that has failed to become the city's centre, while the density of wealth is portioned neatly into Bel Air, where expensive houses sit on relatively small parcels of land, acquired at great expense. The contrasting lines of the bankrupt City of Angels and the proportion of wealth in rose-pruned Bel Air is palpable and telling.

Snapped from 200 miles up, this image, taken by International Space Station astronaut Chris Hadfield, shows street lighting in the two halves of Berlin. "Berlin at night. Amazingly, I think the light bulbs still show the East/West division from orbit."

The street lamps in West Berlin were reinstalled in the 1980s, when environmentmental concerns became a political issue in the West. As a result, the lamps in West Berlin are much more environmentally friendly than those in the East. This photograph highlights the division that sundered the city for more than four decades after the end of World War II and today in East Berlin the district's street lamps still bear the hallmarks of the city's history.

Six days into Trump's presidency the US-Mexico border was noted as a top priority. Since then, eight prototypes have been developed for Trump's proposal of a multi-billion dollar wall spanning some 1,000 miles along the United States-Mexico border. But the border has been a contentious site for much longer than the current news cycle's focus on Trump's wall.

Artists, in particular, have been emotionally triggered by the concept of a border and have long felt compelled to create work about and even at the US-Mexico border. Site-specific works emphasising immigration, border security and transnationalism - such as Jeanne-Claude's iconic Running Fence and more recently Ana Teresa Fernández's Erasing the Border project have been created in response to increasing fortifications. A few metres from Fernández's 2011 intervention, performance artist ERRE staged Re/flecting the Border in collaboration with artist Margarita Garcia Asperas. The piece placed a tall mirror against the divide, with a long table jutting out from it along the Mexican side. A communal dinner was held there, its reflection in the mirror creating the appearance of a cross-border meal.

Silfra is the name given to the rift between the North American and Eurasian tectonic plates. The rift was formed in 1789 by earthquakes accompanying the divergent movement of the two plates. Right at the crux the fissure widens incrementally, meeting and drifting apart from one another about two centimetres per year.

A "no man's land" between two continents, the Silfra fissure in Iceland is a slim-line divide. Certain points are so narrow you can touch North America and Europe at once. Home to some of the clearest water in the world - thanks to constant filtering by a lava rock it is a place where scuba divers can see right into the earth in a geological sense; at least for those willing to brave the 206-foot descent.

Discover More
A Long Line in the Sand: Journeying Along the US-Mexico Border
Read now