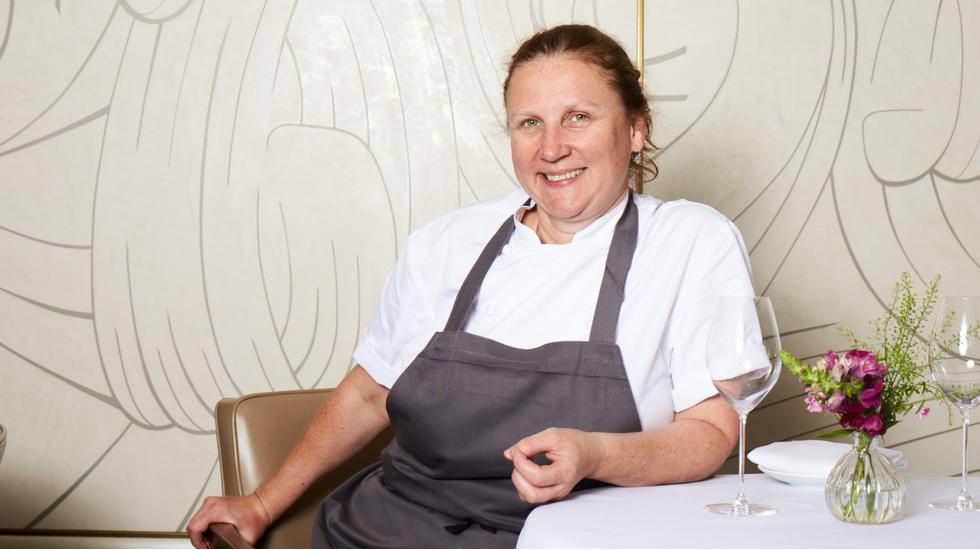 After After seeing the pictures in the news and reading about the crisis in Syria, supporting the #CookForSyria campaign was a no brainer for Angela Hartnett, chef-patron at The Connaught.

"It's so important to support this cause - especially when you see the heartbreaking pictures in the news and read about what is going on. Our #CookForSyria dish is something easy to replicate at home and incorporates much-loved ingredients and subtle spices used in Syrian cuisine."

Hartnett's recipe for olive oil and pistachio cake with yoghurt sorbet is a familiar dish: "The cake is a recipe we have used before but have adapted by adding spices that are typical to Syrian cuisine. Syrians are subtle with their use of spice in cooking rather than being heavy-handed. We use pistachios, ‎cinnamon, cardamom and orange zest. It's meant to be eaten similar to many Arabic cuisines in a sharing family-style which I like."

Recipes by Angela Hartnett and others can be found in the #CookForSyria Recipe Book, available for purchase on amazon.co.uk. All profits will be donated to aid children affected by the crisis in Syria.