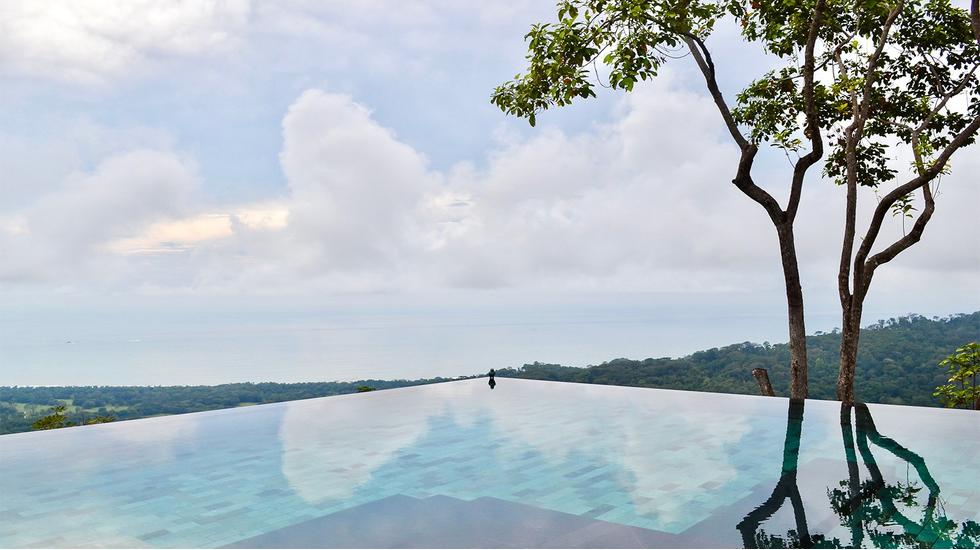 Costa Costa Rica's Guanacaste province often wins the popular vote, but for travellers seeking a lesser-known hideaway between jungle and sea, the answer lies just a stone's throw from the capital city of San José. Drive a few hours south and you'll reach Costa Rica's Central Pacific Coast and eventually the Osa Peninsula, one of the most biodiverse areas in the country.

Marked by a series of powdery white beaches and national parks, the region is home to jaguars, humpback whales, sloths, pumas and monkeys. Ample opportunity to spot wildlife attracts in-the-know travellers, but there is a strong drive to keep the region pristine. This has led local hoteliers to ignite a movement of sustainable yet luxurious abodes.

Establishing a model for eco-architecture in the beachside community of Uvita, Costa Rican biologist Alejandra Umaña and architect Martin Wells set out to create their dream boutique hotel. The result was Kura Design Villas, a remote property that's since made "tropical minimalism" a design trend in the region. Growing up in San José, the young Tico couple fell in love with the idea of living closer to nature and eventually built their own home out of shipping containers. They later spent three years constructing Kura, a challenging project due to its cliff-side location at over 1,000 feet above sea level. Today, the treacherous uphill drive rewards travellers with a sweeping view over Marino Ballena National Park's "whale's tale" sandbar and a romantic retreat in one of the property's handful of villa suites.

"We decided to use no more than five predominant materials in the design to respect the minimalism concept and chose materials that behave well in the tropics: concrete, steel, glass, wood and bamboo", says Umaña. "It was Martin's first big architectural project and since it was a personal project, we decided not to build a traditional Costa Rican-style concept hotel. On the flip side, my background in biology helped us to incorporate everything we needed to reduce our environmental footprint."

As a result, LED lighting illuminates the entire property, while water is heated by solar power. Each villa is outfitted with eco features such as dual flush toilets and biodegradable soaps, without compromising the sensual aesthetic that has put Kura on the design-lover's map. A short drive down the hill brings travellers to the Marino Ballena National Park, named after the humpback whales that migrate from mid-July to October, and again in December through to March.

More wildlife can be spotted two hours north in the Manuel Antonio National Park, home to two- and three-toed sloths, white-faced capuchins, toucans and red-eyed tree frogs. Outside the park, a number of properties have pointedly mitigated their ecological footprints in creative ways. One of the leading green hotels in Manuel Antonio, Arenas del Mar Beachfront & Rainforest Resort, has designed its property using a neutral colour palette to lessen the visual pollution typically caused by large developments. The property's sustainable philosophy was first conceptualised by Teri and Glenn Jampol, owners of Finca Rosa Blanca, one of the first Five Leaf Sustainability Certified lodges in the country. Today, the resort continues to up the ante with advanced recycling programs, a black-water treatment system, ionised swimming pools and farm-to-table food initiatives.

As nearby national parks continue to draw in visitors, the accommodations options are bound to increase. Thanks to a few hoteliers focused on low-impact development, travellers to Costa Rica can have it all: Instagram-worthy infinity pools, cocktails with bamboo straws and environmental peace of mind with a touch of tropical minimalism.