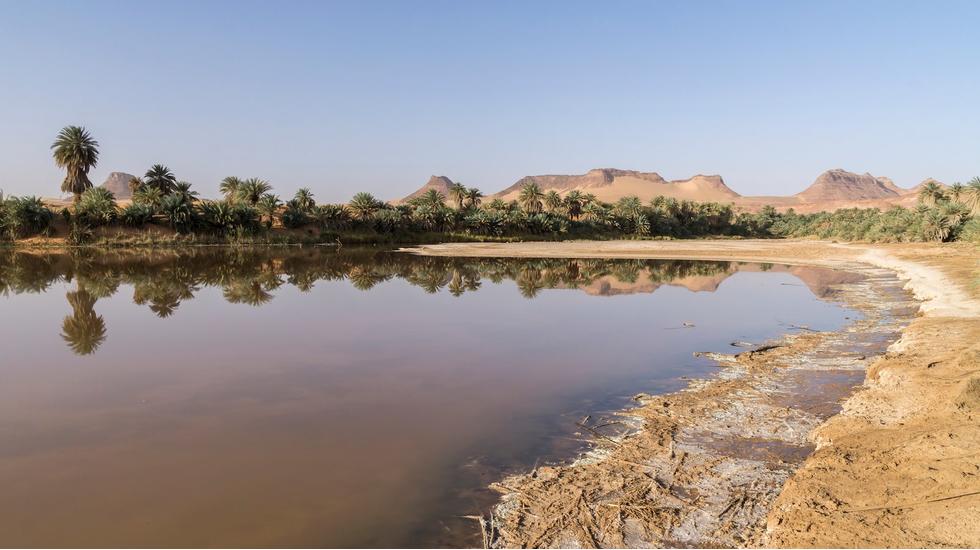 Despite Despite Chad being one of Africa's largest countries, many people would struggle to place it on a map. While media coverage tends to focus on the area's political instability, poverty and unrest, if we peer beyond the headlines, Chad is home to some of the world's most extreme landscapes, rife with jaw-dropping oases and bountiful wildlife.

For an adventurous trip, start in the north. Spend days trekking through the Sahara, in which otherworldly environments stretch further than the eye can see. Discover the Ennedi Plateau, a sandstone canyon teeming with prehistoric cave paintings, desert lakes and stunning rock formations. Hike up the Tibesti Mountains on the border with Libya to stumble upon Emi Koussi, a shield volcano that reaches some 3,445m into the sky.

Reward your efforts with a cooling trip to Lake Chad, on the country's western side. Africa's second-largest lake (and one of the largest freshwater lakes in the world), its waters spill across Chad into Cameroon, Niger and Nigeria. Be sure to visit Bol, a small town on the shores of Lake Chad where islands seemingly float on the water, colourful birds swoop down for a drink and the occasional hippo paddles around to cool off.

End your trip with a safari through Zakouma National Park. Although years of civil war and poaching has diminished dramatic landscapes and lowered the numbers of animals in this area of tropical grassland, there has been a proliferation of new funding, restoration projects and non-profit organisations which are working to change that. Go on game drives for a chance to glimpse herds of buffalo, antelope, giraffes, elephants, leopards and cheetahs.

… a visit to Chad's capital city, N'Djamena. Wander through the streets of this sprawling metropolis to get a taste of Chadian culture, take a stroll on the shores of the Chari River or pop into museums and galleries - our favourite is the Chad National Museum, where you can see a seven-million-year-old skull belonging to a sahelanthropus, a distant human ancestor.

An intrepid traveller. Chad's landscapes are vast and can be tricky to navigate. Moreover, the country is known for political risings and social instability. Those visiting will undoubtedly be out of their comfort zone, and should be sure to educate themselves on how best to handle dangerous situations.

Animal-lovers should come in March and April, when thirsty creatures congregate around watering holes. Culture-seekers, however, should come in September, when the Gerewol Festival takes place. Here, nomadic tribes take part in a courtship ritual-turned-beauty pageant in which men cover themselves in paint and make-up and music fills the air.

Book into Camp Nomade when you embark on your safari in Zakouma National Park. Designed after traditional nomadic camps in the Sahel region, it has 10 spacious tents filled with local carpets and furnishings. All profits are put straight back into the park itself.

Travellers searching for something off the beaten track.

This Turband printed-linen headband from Cult Gaia will keep stray locks away from your face as you hike through canyons and trek through deserts.

From London, fly to N'Djamena with one or two stop-offs typically in Egypt, Morocco or Ethiopia.