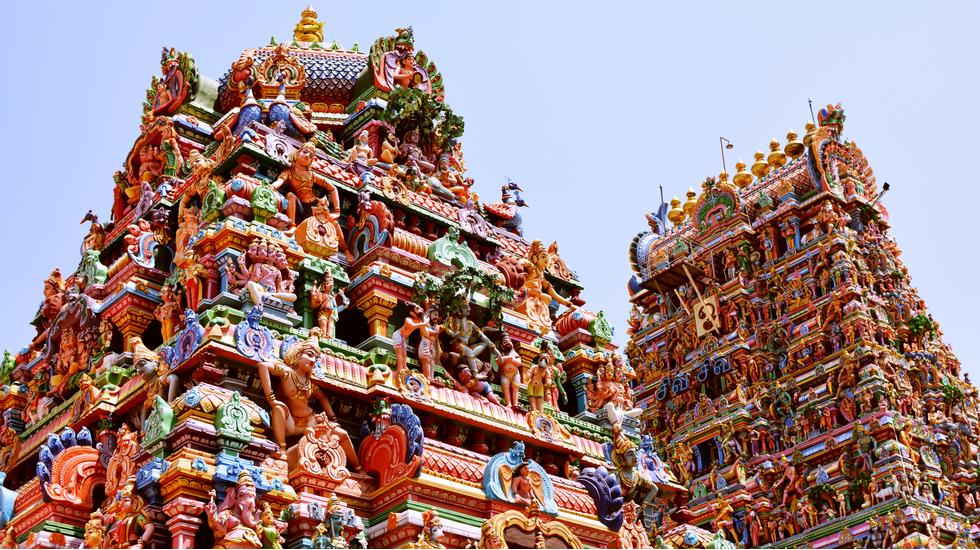 Sitting Sitting on the Bay of Bengal in south east India is the oft-overlooked city of Chennai. Despite having a population of nine million, the pace of life here is less hectic than in other Indian stalwart cities (it's almost impossible to keep a cool head in Mumbai's infamous traffic jams).

Retaining its historic culture while simultaneously looking towards the future, Chennai is rife with charisma. Wander through urban villages to see beyond new hotels and modern builds, and truly appreciate the deeply embedded traditions and history of the city.

For a taste of traditional Chennai life, head straight to George Town Markets and Bazaars to witness locals bartering for food ingredients and spices. Then, immerse your palate and sample authentic Chettinad cuisine at any of the city's restaurants.

Chennai has more history than you might be able to fit into one trip - but that doesn't mean you shouldn't try. Known for its past life as a British military garrison and East India Company trading outpost, the city is paved with historical significance. Old buildings, museums and temples dotted around the city mark this period - the most famous of which is the Fort Saint George. Built in 1653, it houses Saint Mary's Church, one of the oldest surviving churches constructed by the British.

For an architecture fix, head to nearby George Town, where you'll find the second largest judicial building in the world: the Madras High Court. Admire its Indo-Saracenic architecture, stained-glass doors and painted ceilings before heading to the historic neighbourhood of Mylapore. The area hosts a number of imposing temples and cathedrals, most notably the Kapaleeshwarar Temple, built around the seventh-century CE.

A fellow art lover. Chennai is home to Cholamandal Artists' Village, India's largest artists' commune. The artists here are entirely self-sustaining and have built all houses, studios, galleries and workshops in the vicinity themselves. Famous for spearheading the Madras Movement of Art, a regional modern art campaign that began in the 60s, this is the place to head for your share of modern art, paintings and sculptures, and to get a glimpse of how these artists work.

During summer the city can reach extreme temperatures - sometimes upwards of forty degrees - and monsoon season is typically between September and December. For perfect temperatures and Chennai's festival season, go in January. Other dates for your diary: at the beginning of every year, Chennai hosts a five-week long Madras Music Season, closely followed by the Pongal Festival, a four-day harvest celebration.

Animal conservationists. The Students Sea Turtle Conservation Network (SSTCN) is a voluntary conservation group set up in 1987, working to raise awareness about endangered species such as the Olive Ridley sea turtle. Many students volunteer during nesting season (December - April) to help collect eggs hatched on Chennai's shores, or release hatchlings in March and April.

Sandals or flip flops. Running for eight miles, Marina Beach is India's longest natural urban beach. Sunbathe or play some pickleball before wandering along the shore to find local evening hotspots and food stalls. Although you might be tempted to go for a paddle, don't give in to the inviting waters - swimming is strictly prohibited due to strong currents.