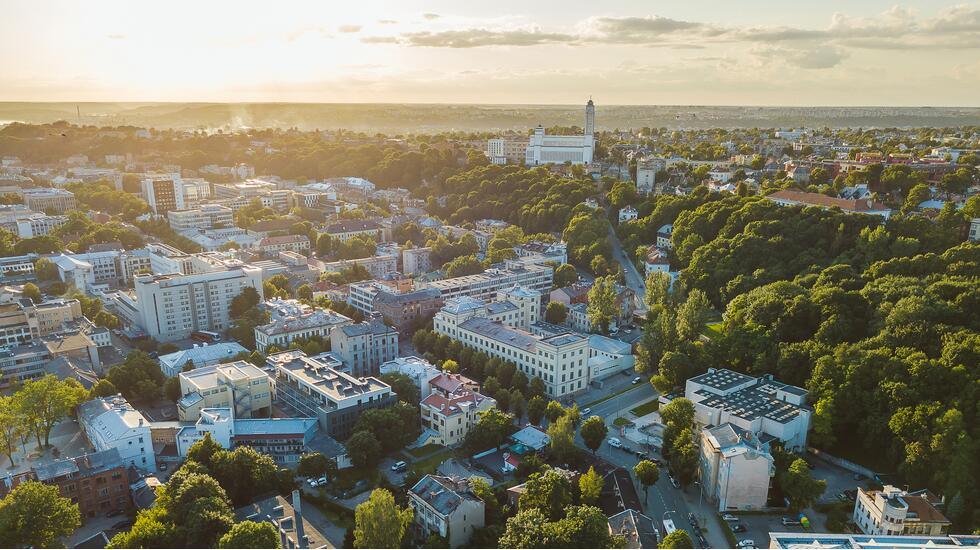 Lithuania's second-largest city, the charming Kaunas covers some 15,000 hectares, 9,000 of which are greenery, groves, gardens and nature reserves. It's the thriving cultural scene, however, that is turning the heads of weekenders. Named as the European Capital of Culture for 2022, alongside Serbia's Novi Sad and Luxembourg's Esch-sur-Alzette, the city's streets are woven with art and history. We suggest spending time at the M.K. Čiurlionis National Museum of Art, home to regular special exhibitions by international artists - That Which We Do Not Remember by leading South African Artist William Kentridge is on until November 30. Then there's the Devil Museum, where over 3,000 sculptures and artworks of devils from all over the world are housed in a stunning building. And, one to keep your eyes peeled for is the £24 million National Science & Innovation Centre, which is set to open later this year - we wouldn't be shocked if the low-level, glass structure became Architectural Digest's new HQ.

Despite the city's strong growth and contemporary attitude, there is still a beautiful respect for its history. We recommend slipping into Caffeine and picking up a cup of joe to-go, before wandering between art deco buildings, exploring 14th-century castles and flitting between independent boutiques in the Old Town. But, before you do, read on for our top picks of where to snag a cocktail and the coolest place to rest your head.

Take a trekk around Ąžuolynas, the largest urban stand of mature oaks in Europe, where you can gaze up at trees ranging from 100 to 320 years old. After which, head to Kaunas Lagoon. Located in the heart of the regional park, it is the largest artificial lake in the city. We can think of no better spot at which to pop on our cossie and take a refreshing paddle.

Bed down at Bōheme House. This intimate apart-hotel aims to reflect the local fabric of Kaunas through an eclectic collection of furnishings, objects and artefacts that have been borrowed from museums and local artists. There are eight individually designed apartments to choose from, all inspired by different artists. We're staying in the Scenographer bedroom, a space that is inspired by the interwar artist Liudas Truikys. Designed to evoke a sense of calm, there are no sofas or chairs; rather, an enormous rug and beanbag invite meditation and allow guests to unwind in their own way. The open-plan set-up sees a blackout curtain used as a divider. Smaller details such as paintings, Buddhist statues and Indian vases draw on Japani-style influences.

Family-run restaurant Uoksas presents a seasonal menu in a contemporary setting, with bare-brick walls, an open kitchen and pipework crisscrossing the ceiling. Dish standouts include the scallops with caramelised cauliflower, steamed lamb dumplings and a sensational honey cake served with ice cream. There is also a six-course tasting menu available for those who would like to submerge themselves into a full-blown culinary adventure.

Every local knows BO baras - a popular, family-run bar that was opened by the current manager's father and uncle and is now run by mother and son. Following a recent renovation, the lively venue is better than ever, and has become a Friday-night hotspot for regulars and tourists alike. Outside, a stripped-back concrete facade belies the forest-like enclave found within, where bamboo-laced lights, potted pampas grass and overgrown plants complement an all-wooden bar. Doors don't exist here; instead, smashed-brick walls make for interesting entranceways. Come for the exotic cocktails (tropical kiss is our go-to) and stay for the delicious crisp-base pizzas.

That friend who draws up an entire itinerary for their getaway, who'll delight at the abundance of cultural attractions to discover.

It's that time of the year again when it's too warm for a coat, but too cold to brave it without. Lucky for us, gilets have made their way back into fashion. Pack this Weekend Max Mara blue Frutto gilet - the ultimate layer between seasons - which, crafted with a water-resistant material and finished with a stylish quilted shell, will keep you cosy whatever the weather.

Take a direct flight from London Gatwick to Kaunas International Airport, from where the city centre is just a 20-minute drive.