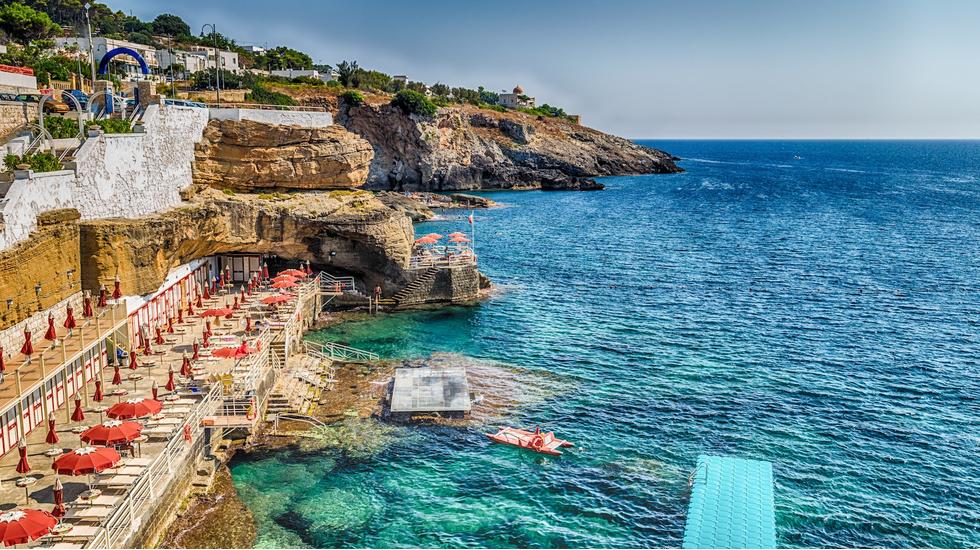 It's an ideal mix of culture and mindless sunbathing on the beach in a summery Italian destination that's far less packed than Rome or Positano, as Lecce hasn't yet become completely trampled by tourists. A baroque capital, this city is teeming with grandiose palaces, cathedrals and churches, the most impressive of which is without a doubt the Basilica di Santa Croce.

Want to soak up some rays surf-side in between days of historical immersion? Head to one of Lecce's nearby beaches, which are some of the most stunning in the Puglia region, if not the country. These seaside spots also win bonus points for not being filled to the brim with the usual heaving crowds of the Amalfi coast. Our favourite, which is only a half hour drive from the city centre, is Torre dell'Orso, recongisable by its twin sea cliffs nicknamed the "two sisters" and its shimmering turquoise water. If you have time for an extra day trip, make sure to head out to Santa Cesarea Terme for ultimate spa-style relaxation.

Early summer or September, to beat intense southern heat waves but to be there during beach season.

Hunky, deeply tanned Italian men in Speedos on the beach.

Amid the baroque architecture, the 2nd-century Roman amphitheatre in the town's historical centre definitely stands out and is an absolute must-see.

A dramatically wide-brimmed hat and linen midi-dress to stay cool and not provoke any glares for donning that inappropriately short Zara playsuit while visiting churches.

How to get there?

Luckily for you, there are tons of cheap-o Ryanair flights out of the UK headed straight for Salento, Puglia's main international airport in nearby Brindisi.