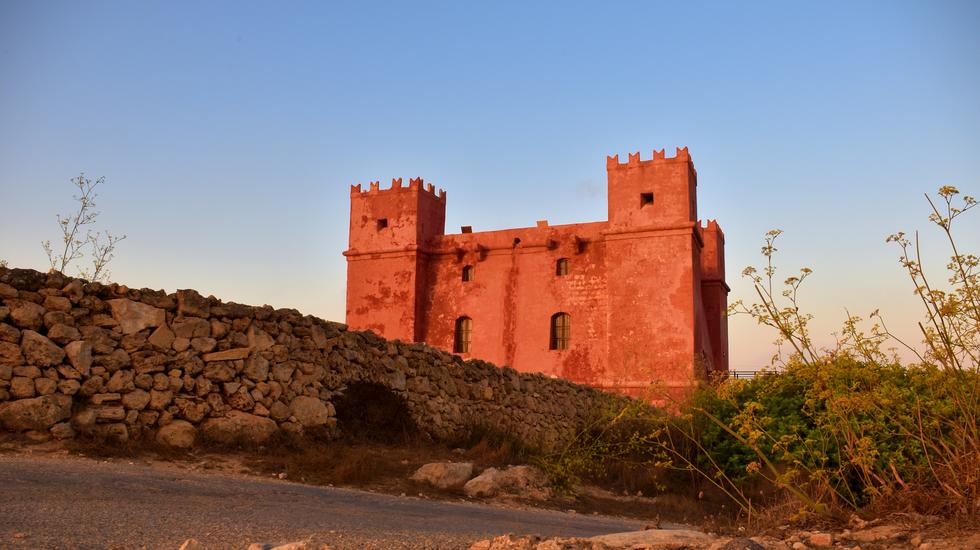 South of Sicily, east of Tunisia and north of Libya, the sea-sprayed island of Malta is situated in the heart of the Mediterranean. Ranked as the world's tenth smallest country by area, it is also, ironically, the fourth most densely populated sovereign country. Thanks to its prime location, the land has long served as a naval base, with Romans, Greeks, Arabs and Brits among those to have set sail from its waters. Today, evidence of foreign influence can still be seen at every turn, woven into Maltese architecture, but it's the unique and passionate spirit of the islanders that really caught our attention.

And nowhere more so than in Mellieha. Situated in Malta's north-west, this lesser-trodden town was first permanently inhabited some 5,000 years ago, meaning there's a whole bevy of caves, tombs and temples to discover. History aside, it makes the perfect holiday destination for those who prefer their getaways to be long, lazy and to look like lounging on Malta's most picturesque beach, Ghadira Bay - cocktail in hand, obviously. You'll find a thriving community-driven social scene across town, with locals justifiably proud of the area's natural beauty.

If you've watched the legendary 1980 musical Popeye one too many times, visit Mellieha's iconic Popeye Village. The blockbuster's original backdrop remains identical to how it looked when the film was made, 42 years ago.

Private balconies, four-poster beds and spa showers await at the Lure Hotel & Spa. Nestled just a short stroll from both Ghadira Bay's sparkling shore and the bustling town centre, the hotel's rooftop infinity pool is the perfect vantage point from which to enjoy all of Mellieha's visual splendour.

Snag a table at every local's favourite feasting spot, Rebekah's Restaurant, whose rustic setting is made cosy by fairy lights draped across the bare-brick walls and chairs piled high with plush cushions. Start by ordering the Acquerello-aged-rice risotto, before digging into the pan-fried lamb loin. Desserts don't disappoint, either: our favourite is the white chocolate and strawberry gateau, but we won't judge if you opt to order the entire sweets menu.

Square Gastro Bar, for its solid selection of gins and whiskies and banging food menu. With large seating areas and comfy sofas, this is a great spot for post-beach boozing.

That friend who whips out a pair of shorts as soon as the temperature hits double digits. They'll relish spending days on the beach, head in the latest romcom, while working on their tan.

For guaranteed scorchers? August. Can't hack the heat? Try September, when temperatures become breathable and the crowds thin out.

A beach wrap, for ease of flitting between lounging and sipping an icy soda at the laid-back Blu Beach Club. We love this Eres printed silk-blend wrap.

Fly direct from London Gatwick to Malta International Airport, from where it's just a 35-minute drive to Mellieha.