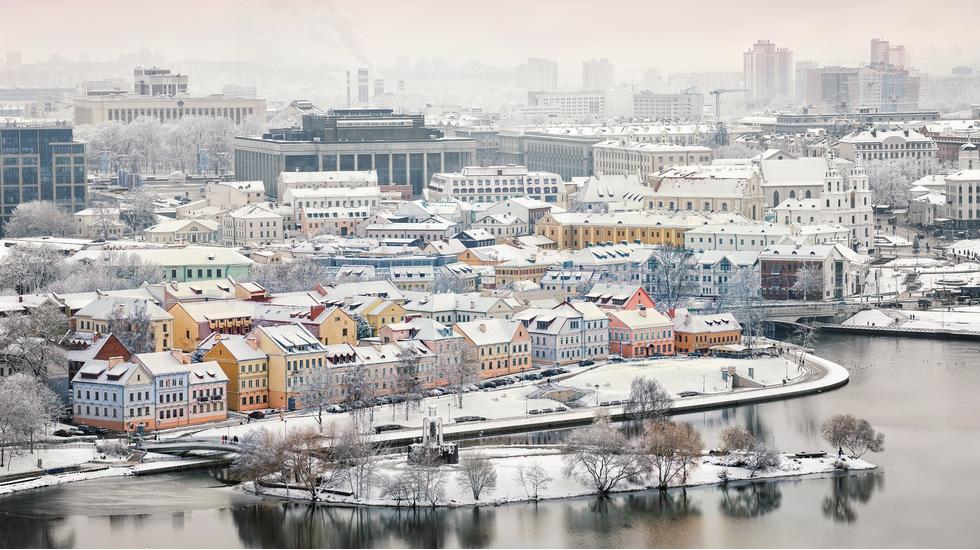 The The city that Phoebe from Friends' boyfriend David had to go to for work (it's actually in Belarus, not Russia) makes for an affordable Eastern European city break that we bet you hadn't considered. A less popular destination than Prague or Budapest, it's just as enchanting but lacks the stag parties and study abroad students jostling for space in the thermal baths. From the 19th-century architecture of Trinity Hill, the city's oldest district, to the Stalinist landmarks dispersed across the city, it's a mishmash of historical periods agglomerated around the chilly Svislach River.

For a morning that feels classically European, wander along Independence Avenue, which stretches across 15 kilometres and crosses through eight town squares. Café hop to sample babkas, potato pancakes and blinis before settling into a corner booth to warm up with some borscht and a shot of vodka. While a wander through the city will be a whirlwind of soviet architecture in itself, the Zair Azgur Memorial Museum is a goldmine for checking out communist statues and busts. Catch an evening ballet at the National Academic Bolshoi Opera and Theatre, which is also worthwhile - the multifaceted building is also a must-see during the day.

Your sometimes smug friend who likes to do something a little different with their holidays.

October and November for changing leaves and roasted chestnuts.

No one you know, that's for sure.

Your warmest coat as armour against that Balkan chill.

Belavia offers a direct flight from Gatwick to Minsk that will get you there in under three hours.