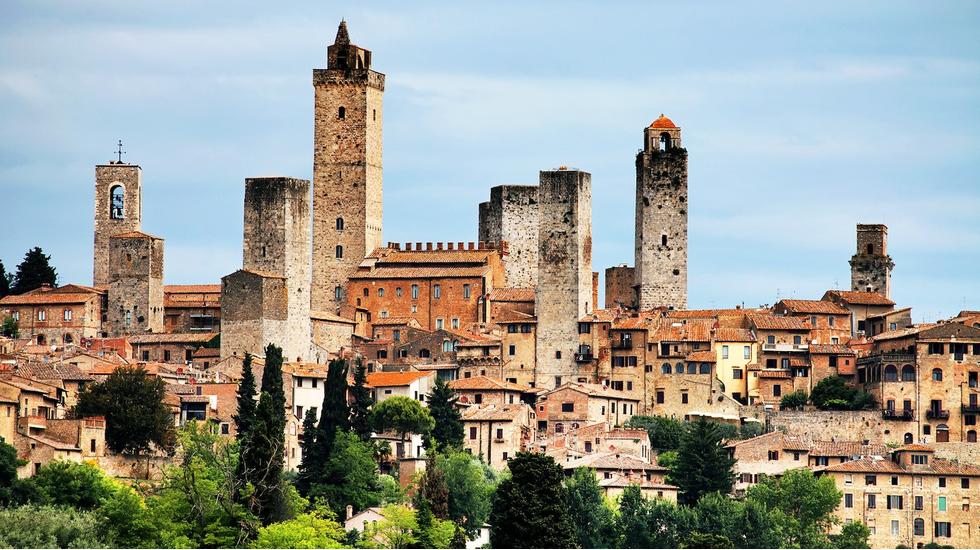 Spend mornings sipping espresso in Piazza della Cisterna, a square where locals gather for a morning gossip and nonnas wave from doorways, before navigating the town's cobbled backstreets. Head to the 12th-century Duomo di San Gimignano, known locally as the Collegiata, to admire frescoes by Domenico Ghirlandaio, and pop into the Polo Museale Santa Chiara where three museums house ancient ceramic jars, mosaics and artefacts.

This Unesco World Heritage Site appears to be stuck in its medieval past, but dig a little deeper and San Gimignano may surprise you. Don't miss the Galleria Continua, a contemporary art gallery showcasing artworks from world-famous artists such as Ai Weiwei, Antony Gormley and Daniel Buren.

Someone keen to learn about Estruscan history. Admire the crumbling ruins of Rocca di Montestaffoli, the town's 14th-century fortress, and marvel at the Palazzo Comunale, a governmental building dating back to the 13th century. Climb up the 218 steps of the Torre Grossa for views across San Gimignano and the rolling hills beyond.

June is a popular month for holidaying in Tuscany, as it's when the region is at its best. Hot weather can be quickly remedied with a cool glass of white wine.

Stay at Hotel La Collegiata, a converted Franciscan convent originally built in 1587 just outside of San Gimignano. Explore the building's brick-laden cloisters and renaissance architecture before heading out to stroll through manicured gardens or take a dip in the pool.

Tuscan wine connoisseurs. Strike up a conversation and find out where to head for the region's best wine-tasting experiences.

This cute floral-print crepon midi dress from Faithfull the Brand is perfect for floating through Tuscan vineyards and sipping coffee in town squares.

Fly into Florence airport, and transfer to San Gimignano in under one and a half hours by car.