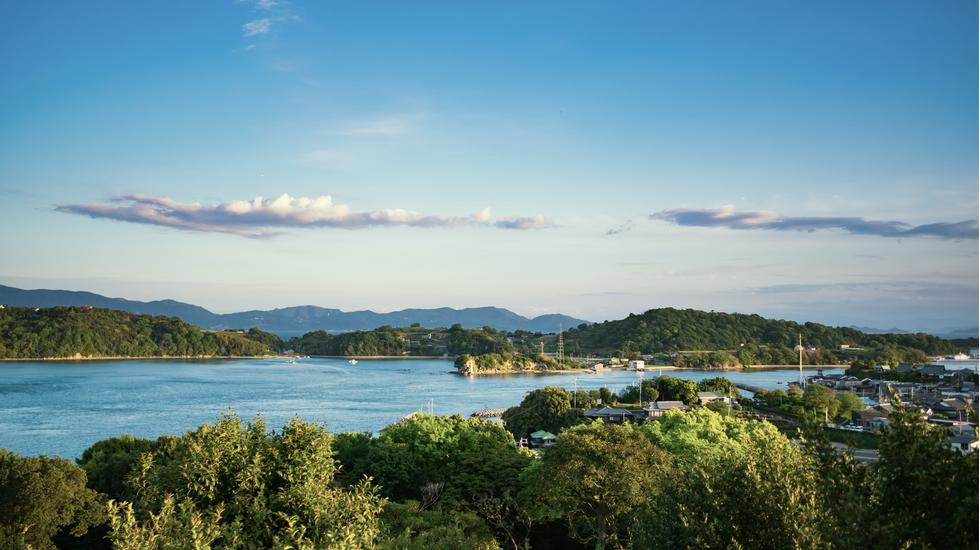 Founded Founded in 2004, when the towns of Oku, Osafune and Ushimado were merged, Setouchi brings together small-town optimism with a big-city modernism. Located in the southern Okayama Prefecture, the city is split into districts that echo its former neighbourhoods. Immerse yourself in Setouchi's diverse landscapes by strolling along the shore of the Seto Inland Sea in Ushimado or visiting Osafune to trek across rolling hills and alongside meandering streams. Head to Oku to peruse the mushroom and oyster farms that make up much of the city's industry, before popping into the boutique shops that line the district's main street.

… delving into samurai culture. Despite its seemingly peaceful green fields and verdant landscape, Osafune is a district known throughout Japan for its long history of traditional sword founding - it's estimated that more than half of the country's national swords have been forged here. Visit the Bizen Osafune Japanese Sword Museum where master swordsmiths demonstrate how the area earned its title as the "Home of the Japanese Sword".

Someone keen on Japanese art. Taisho era painter Yumeji Takehisa lived in Oku, and his home now exists as a museum for those to learn more about his life and artwork.

Bed down at The Hotel Limani & Spa in Ushimado and wake to views across the Seto Inland Sea.

A master bladesmith searching for inspiration for his next masterpiece.

This We11Done faux-leather jacket provides an effortless sling-over-shoulder look on warm afternoons and the perfect extra layer for chilly evenings.

Fly into Osaka, from where a transfer by car to Setouchi takes just over two hours.