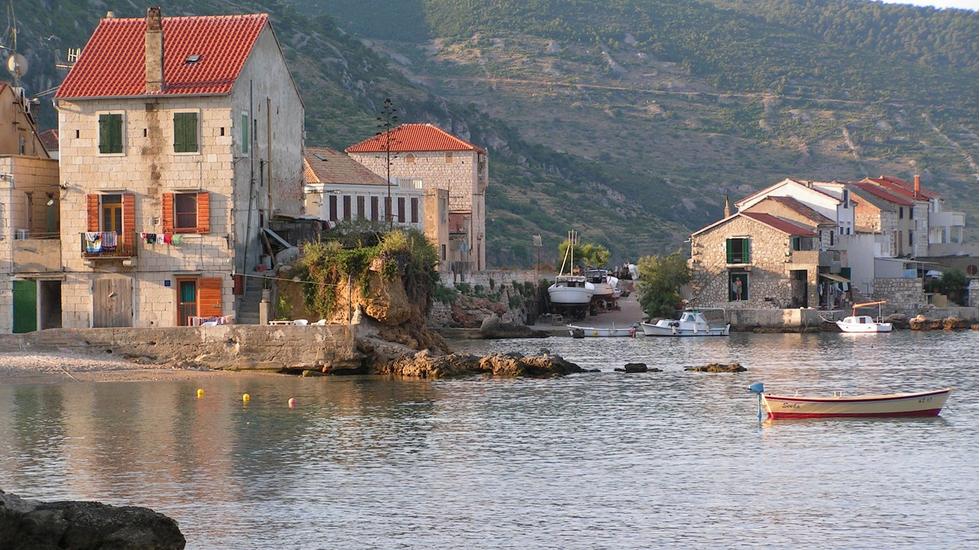 Just Just off the Dalmatian Coast, this tiny island has all the components for a secluded getaway. Despite being only 35 square miles, what Vis lacks in size it makes up for in beautiful beaches and historical ruins.

Occupied by various different countries over the years, the island's convoluted history leaves much to be explored. Vis Town is surrounded by the remains of the ancient city wall, while Levaman Fortress is a 19th-century Austrian battlement housing the island's Archaeological Museum.

The Adriatic Sea laps along the various pebble and sand beaches on the shores of Vis. Head to Komiža for the best of the bunch, but if you wander along the coast you're bound to find a secluded cove or two. It doesn't take long to walk around the island, so spend a day trekking through orange and lemon trees, vineyards and wild rosemary bushes. Climb up Mount Hum, the island's highest point, for panoramic views across the Adriatic and surrounding islands.

Croatian caves. Located in between Croatia and Italy, Vis was used as a resistance base during the Second World War. Visit Tito's Cave, used as headquarters by the eponymous Yugoslav communist revolutionary during the war. Alternatively, sail south west of Vis to the island of Biševo to see the Blue Grotto. Arrive just before noon to see the waterlogged cave glow a bright-blue as the sun reaches its peak. Take a dip in the luminescent water before sailing back to Vis for more sunbathing and food.

A seafood fanatic. Visit Konoba Jastožera, the top seafood restaurant on this old fishing island. Suspended on a pier with views across the sea, the restaurant is inspired by Vis's Mediterranean neighbours. Lobster is paired with spaghetti and a choice of authentic sauces, while the wine is produced on the island itself.

Vis isn't as touristy as some of the neighbouring islands, so you can happily visit in peak season for gorgeous sunshine and empty beaches.

While nothing is too far away on this island, stay in Vis Town for close proximity to beaches and restaurants. Down a cobbled alley lies the Hotel San Giorgio. Opt for the Deluxe room for a balcony with views across the Adriatic and over the orange-roofed housing of Vis Town.

Celebs looking for a remote beach to moor their yachts. In 2017, Mamma Mia! Here We Go Again was filmed on the island, and since then many high-profile stars have been spotted cruising around the Dalmatian Coast. While Hvar is more well known for its nightlife, locals on Vis head to Komiža's town square, Škor, for evening drinks.

With the daunting prospect of running into Dominic Cooper while you sunbathe, kickstart your tan with Dr Barbara Sturm's Sun Drops. My my, how could he resist you?

Fly direct to Split Airport, where a daily catamaran takes you to Vis in an hour and a half.