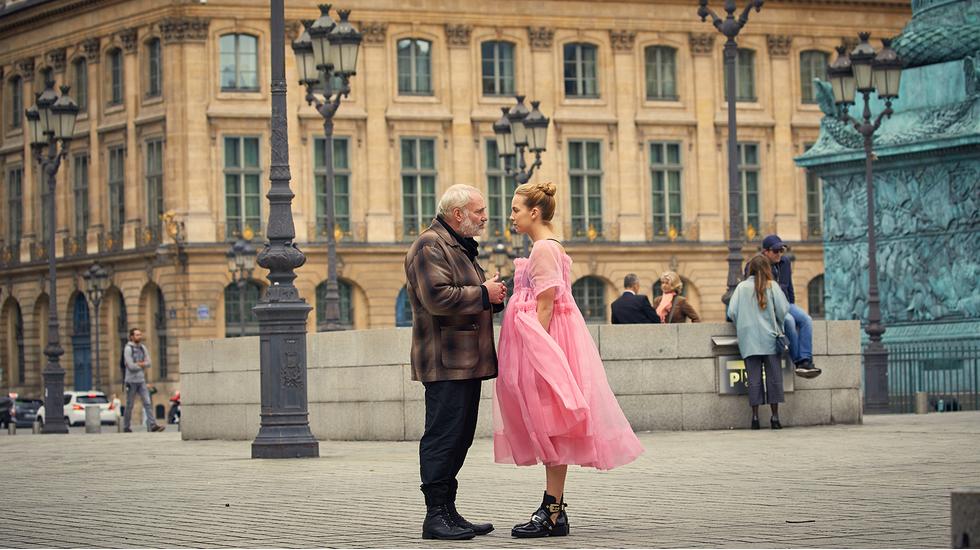 The The frustrated MI5 operative and unstoppable international assassin covered some serious ground in season one, clad in Doc Martens and Valentino. In readiness for series two's whirlwind tour, we're retracing this unlikely duos steps and packing to kill - sartorially speaking.

The lobby of this opulent concert hall was transformed into Cafe Radozhny, a restaurant in Moscow, for season one's final showdown. Eve, Konstantin, Villanelle and Konstantin's daughter Irina meet in the lobby, but visitors are usually only allowed inside the main auditorium during performances.

A Moscow stand-in, Hornsey Town Hall is fashioned as the shabby Hotel Atlasov. It's at this hotel that Eve and her boss Carolyn (Fiona Shaw) close in on Villanelle. A destination in most location scouts back pockets, Hornsey Town Hall has also appeared in Bohemian Rhapsody, The Hour and The Crown.

Treating herself to an ice cream after a kill in Vienna, Villanelle heads to Cafe Garibaldi. In our first interaction with Comer, the assassin is seen at an ice-cream parlour (which is actually located in Colle di Val d'Elsa, Tuscany) pulling faces at a little girl on another table. As she exits she deliberately knocks the child's sundae over.

Serving as the backdrop to Bill and Villanelle's first meeting, the yellow-tiled Weberwiese Station transpires to be a far less mellow environment than its colour scheme might suggest. While the club scene in Berlin (where Bill meets his end) was actually filmed in London, this station is just minutes from Berlin's famed techno club, Berghain.

Frank's safe house is located in the idyllic English countryside, in Bletcham to be precise. Filmed between Turville and the Chiltern Hills - both of which are 90 minutes north-west of central London - scenes from episode four, season one, might inspire a roadtrip to this designated Area of Outstanding Natural Beauty. Just don't engage in a car chase à la Frank.

Carolyn Martens's off-the-books MI6 headquarters is a short walk from Trafalgar Square. Head down Warwick House Street and retrace the steps of Eve, Kenny, Bill and Elena. The entrance is the second door on your right - the circular window above the door is its giveaway.

In a scene of cinematographic perfection, Villanelle meets Konstantin at the Place Vendôme in Paris's 1st arrondissement, clad in Molly Goddard frou-frou splendor. After being mentally assessed on her ability to murder people, her pastel-coloured gown is a fittingly paradoxical choice.

An isolated white villa on the edge of Lake Snagov, just north of Bucharest, serves as Konstantin's home. Fans of the show will be happy to learn that the five-bedroom lakehouse (complete with a boathouse and dock) is bookable for weekend or week-long stays. If you do visit, nearby Snagov Monastery is well worth a visit. Holding Vlad the Impaler's remains, it's right up Villanelle's street.

Discover More
13 Film Locations From The Crown (That Yes, You Can Visit IRL)
Read now