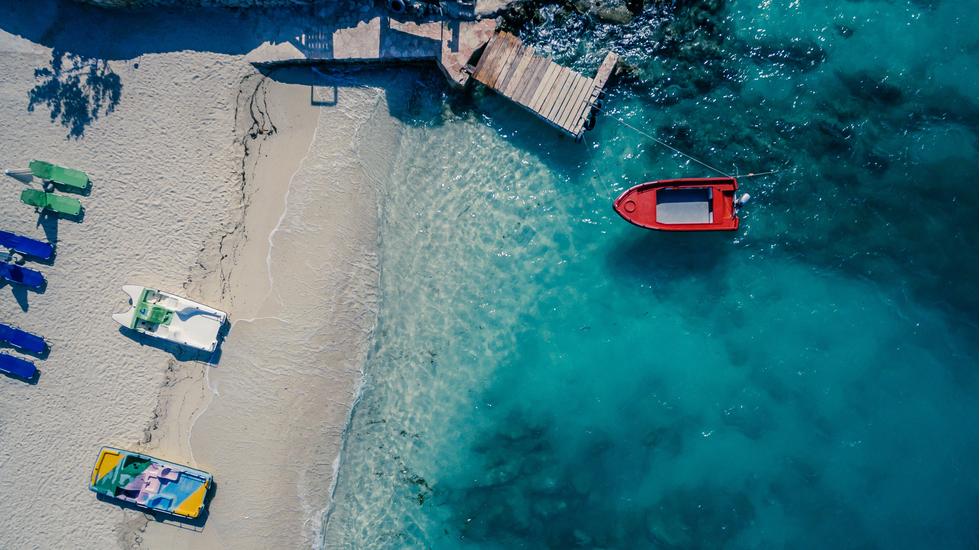 The The nights are drawing in, temperatures are dropping and coffee shops are about to start flavouring everything with pumpkin spice. There's no denying that summer is over. But whether we've spent it crisscrossing the Cyclades, gorging ourselves silly in Italy or bronzing on Europe's best beaches, we can't help but get a sense of FOMO when friends and family frolic in destinations we didn't quite get to. To stave off summertime sadness and ensure we're putting our days of annual leave to the best use, we're already planning next year - summer 2019.

In-the-know travellers will tell you that Bodrum was back in vogue this summer. Thanks to the pound's strength against the lira, the country being relatively politically stable and a handful of new luxury hotels bedding down in the Turkish Riviera, it is once again the place to see and be seen. Six Senses Kaplankaya is located just north of Bodrum (best accessed by boat), while the gorgeous Amanruya sprawls in olive groves just 20 minutes from town. LUX* resorts pitched up on a private peninsula, closely followed by the Bodrum Edition, who brought the the cool gang with bleached sands (a rarity in the area) and an infinity pool that slinks into the sea. Between draping yourself on minimalist sun loungers, head to the Bodrum Bazaar, which snakes through the white cubic houses showcasing the finest silks and decadently detailed textiles and fragrant local snacks.

With miles of undisturbed coastline, blindingly blue waters and secluded islets, southern Albania's coastal towns could almost be mistaken for the Caribbean. One of Europe's most underrated summer holiday destinations, head to Ksamil for a holiday that switches between sun beds and sacred sites. Act out Crusoe fantasies on the four inhabited islands that frame the shore before returning to dry land to get stuck into catch of the day. Albania's varied cuisine draws influence from Greece and Italy - sample the best at the oceanfront Guvat, where pork souvlaki should be followed by the local specialty of mussel and arugula pasta. Visit the stone city of Gjirokastra and the ancient ruins of Butrint to dig deeper in the country's past - the Romans, Venetians, Byzantines and Ottomans have all left a visible mark, making the Albanian coast a cultured summer getaway.

Valetta's social calendar really upped the ante this year - they were awarded European Capital of Culture 2018 and embarked on a slew summer of celebrations. The ravers and misbehavers started descending in early May for Annie Mac's Lost & Found festival, while calmer revellers stared open mouthed at the energetic Valetta Pageant of the Seas festival in June, which was closely followed by the innovative International Arts and the star-studded Malta Film Festival. Aside from being the life and soul of the party, Malta's honey-coloured capital is also a fascinating architectural mix of North Africa, colonial England and Sicily. Europe's history is displayed in opulent churches (visit St John's Cathedral for its encrusted rib and patchwork marble floor), imposing fortresses and baroque palaces. Mix city sights with a trip to local's most cherished secret, Gozo. Easily reached by ferry, the intimate island is awash with world-class dive sites, blond beaches and undiscovered coves. With 300 days of sunshine gracing the island each year, it's the perfect place to chase the sun.

While it may have been dubbed the "new Iceland" and "Europe's answer to Hawaii", until recently few could point out this Jurassic Park-esque archipelago on the map. But thanks to an influx of direct flights, The Azores are no longer the best-kept secret in the Atlantic - news of this wild, adventure playground is spreading fast. Cliffs, lime-green rolling hills and mazes of cascading waterfalls smother these Portuguese islands, while over 27 species of whale and dolphin skim their striking shores. Geared towards the get-up-and-go crowd, days will be spent hiking majestic mountains, kayaking across piercing lake-filled calderas or canyoning down steep, gushing waterfalls. Those who seek a gentler escape can wallow in the Termas de Ferraria hydrothermal baths and the iron-water pools in Furnas on the largest island of São Miguel.

We first covered Tbilisi in 2016 and since then its popularity has been on a steady upwards trajectory - largely among the Berlin crowd. A charming, sometimes confused amalgamation of East and West, with a dash of old town charm, the Georgian capital has a thriving creative scene with a very palpable sense of a younger generation making things happen. Crumbling, art-nouveau buildings meet contemporary steel and glass architecture, while the riverbanks bustle with flea markets - veritable treasure troves of everything from Elvis vinyl's to repurposed Soviet propaganda. Gallery-cum-restaurants are springing up all over, dishing out spruced-up traditional dumplings alongside freshly squeezed glasses of sea-buckthorn superfood juice, against a backdrop of exposed brickwork or tongue-in-cheek Soviet kitsch. This urban revival is encapsulated at Fabrika, a former Soviet sewing factory that has been transformed into a multifunctional creative hub with a vibe reminiscent of Hackney or Williamsburg. You heard it here first.