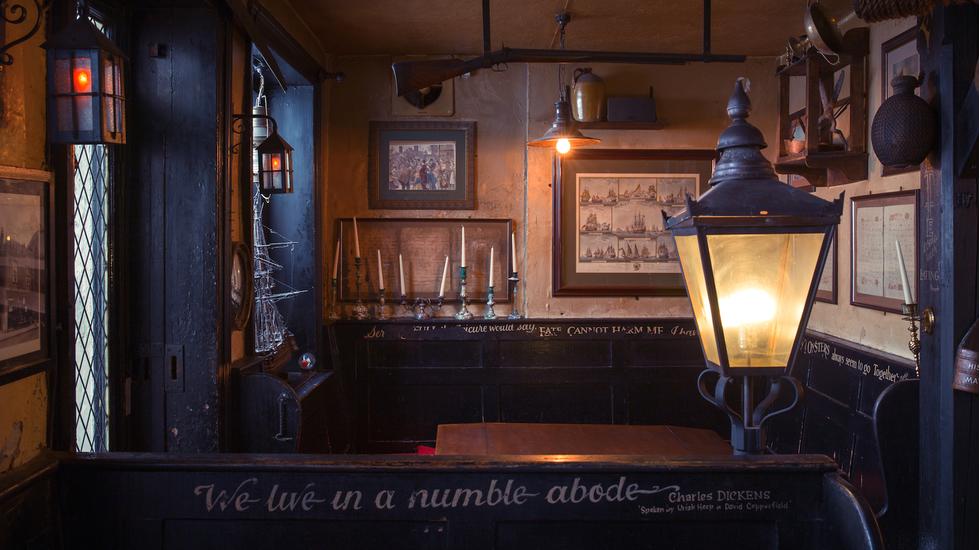 I I was shooting backstage at the Royal Ballet when my father informed me he had written a book called the Great Pubs of London, and I was required to take photographs for it. As a travel photographer mainly working in Africa and at the time immersed in the beauty of ballet, I could not immediately see the joy in tramping around London photographing grimy drinking dens.

After many spectacular father-daughter arguments, I photographed three of the chosen 25 pubs and - to my surprise and Dad's credit - he clinched a book deal.

I have lived in London for over 20 years and as a history-of-art student have always marvelled at the architecture, but it was not until I was explored Dad's odyssey of pubs that I understood the significance that these humble institutions have played in the city's history.

We have pubs that have stood almost in their original form for over 400 years. Places where Shakespeare wrote and performed his plays; where Dickens drew inspiration for his characters; where Shelley, Turner, Byron and Blake drank. On the banks of the Thames we have pubs from which renowned explorers set sail from to discover the New World. It was from The Mayflower that 102 Puritan pilgrims set sail for America to set up the first permanent colony in New England in 1620.

Photographing these dark little corners that I have walked past so many times was a journey through history, stepping back in time and discovering a side to London I had taken for granted. Sir Ian McKellen - who co-owns The Grapes in Limehouse - kindly wrote the foreword for the book and sat for portraits. His enthusiasm for the history of London pubs was infectious, and when he's not filming he can often be found joining in at his pub on quiz night.

Great pubs of London is available to order here.