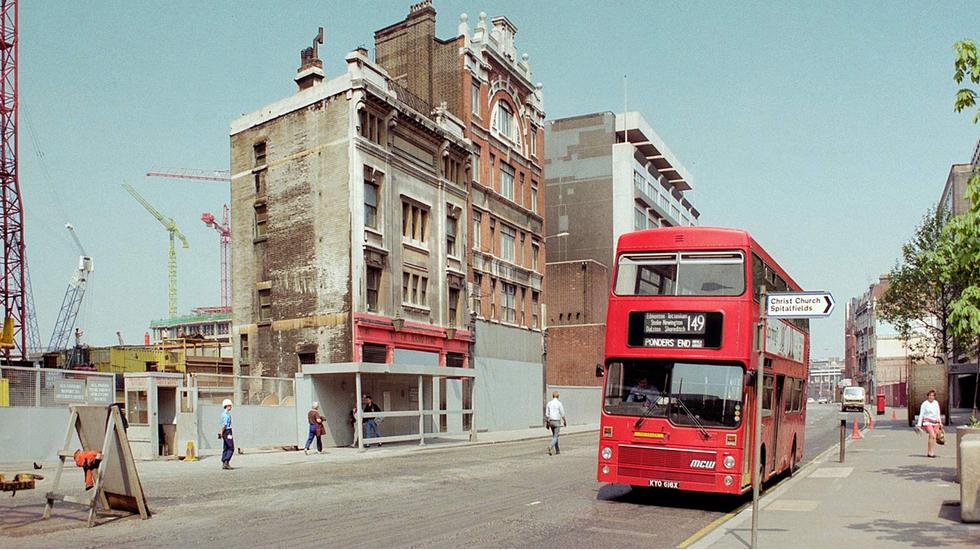 Created during his spare time, Brown's previously unpublished photographs stand as a unique and fascinating glimpse into one of London's most radical periods of transformation.

His work - presented here as if following a train journey navigating the farther reaches of East London and heading towards the centre of town - emerged on Flickr about 10 years ago during the first flush of social media photo repositories. They represent a prodigious photographic survey of the clearance of the world's largest dockland complex, and creation of a new transport system that would serve as a foundation for regeneration and renewal.

Brown's deadpan urban landscapes combine a cinematic scope with a nostalgia for a fast-disappearing world, a world of physical toil, industry, invention, drink and ordinary life about to be replaced - with almost indecent haste - by offices and dormitories for those employed in the service and financial economy.

The East End in Colour 1980-1990 by Tim Brown is published by Hoxton Mini Press.