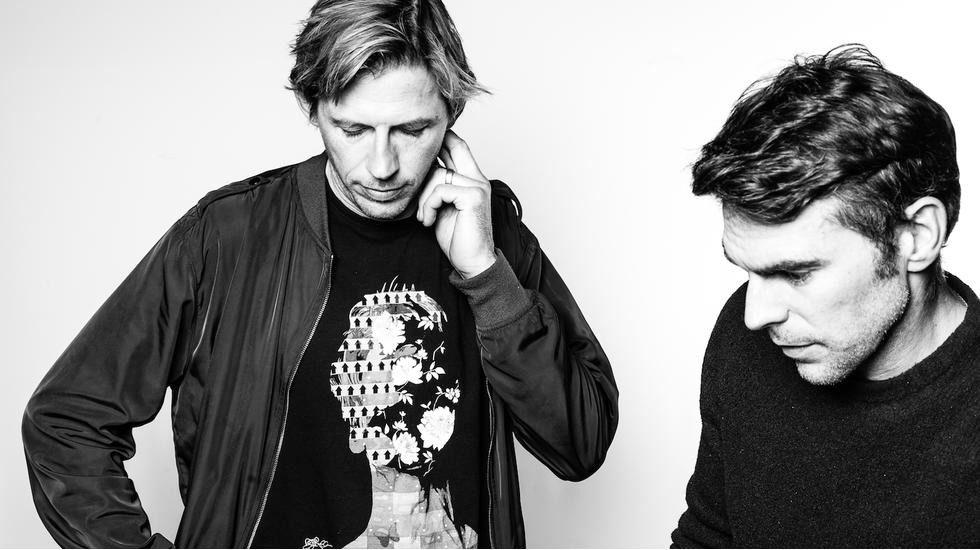 The The soundtrack to your tweenage years was probably their smash-hit 1999 track "I See You Baby", but electronic music duo Andy Cato and Tom Findlay aka Groove Armada have eight albums under their belt and have been ripping up dance floors around the world for nearly 20 years. Longstanding Ibiza dons, the boys have held residencies at (now-closed) Space and Ushaïa, where you can catch them at ANTs this season. Hot off the press, it's also just been announced that they will be playing on DC10's legendary terrace for Disclosure's WILD LIFE closing party. So, who better to pick the brains about all things Ibiza? Here, Andy spills the beans on the White Isle's secret spots...

Where to eat, drink and party on The White Isle according to Groove Armada

Which part of the island should we stay on?

Depends on what you're after. If, like me, you want red earth, blue sky, white houses, olive groves and the occasional sheep, then you're best off in the east-west band that runs from St Carlos to St Agnes.

Which is your favourite hotel?

If we're talking hotels rather than agroturismos, I'd go for Ocean Drive. Ibiza is now insanely expensive and in that context Ocean Drive is a bargain when it comes to quality and price.

Where do you go for breakfast/brunch?

La Paloma- it's under some trees and lovely. If it's busy the food takes quite a while to arrive so you have time to down a few aperitivos and get to know each other. Depending how well (or badly) things are going, they also have what is probably the best selection of tequila outside South America.

To cure a hangover?

Jump in the sea at Agua Blanca.

The Rock Bar- it's been the launch pad for nights of adventure for 20 years.

Es Torrent, my favourite restaurant in the world. The prices have gone from beach shack to oligarch levels, but it's the same lovely crew who have always run it and they can get away with it.

There's a couple of well-signposted places to buy organic veg directly from a farm just off the San Juan road, but you won't get more than the odd mention of local tomatoes on most menus. There's local milk in the shops but I've driven all over the island and never seen a cow, any summer grass or enough hay bales to keep a herd going, so the jury's out on that one…

We're residents at ANTS this season. Playing outdoors with a great gang of Italian party starters gives it a bit of the old pre-roof Space terrace magic.

Tom's recent favourite is a bench in the airport followed by a nice stroll downstairs to buy a new plane ticket.

Talk us through your ultimate Ibiza night out.

Play a few tunes at sunset at Café Mambo and open a few beers with Javier (Mambo's owner) and the boys. Then ride down to Es Torrent for clams and John Dory washed down with rosé and Hierbas on ice. Next it's off to The Rock Bar for vodka tonics and familiar faces - this is planning phase for the night. We'd probably get on the decks at DC10 where playing in a few weeks' time, and listen to other DJs. Leave before it gets hot and head to Agua Blanca. Swim, beer at the shack, find a shady spot, sleep.

Which is your favourite beach?

What's the best place to watch the sunset?

Café Mambo because the family who run it are so nice.

Tell us a secret island spot.

Cala Xavier on the way up to the Portinax amusement park. There's a small cove good for snorkelling and a family-run restaurant.

What's on your Ibiza playlist?

Chris Rea by Josephine (Version Française)- it's important to get the right version.

Which up-and-coming DJs shall we look out for this year?

The one to watch out for every year is Andy Baxter. Follow him and you're guaranteed to find good times.

What do you think will be the track of summer 2017?

What is your fondest Ibiza memory?

There are too many! It's defined the last 20 years of our lives.

And the most outrageous?

Some things are best left unsaid…

Which is the one party not to miss this summer?

It'll be a last-minute beach party when the coastguard isn't looking, it always is. Keep your ear to the ground.

There's a small island called Es Vedra just off the west coast. No birds land on it and no one knows why.

What one thing should we bring back from Ibiza?

What's in your SUITCASE for Ibiza?