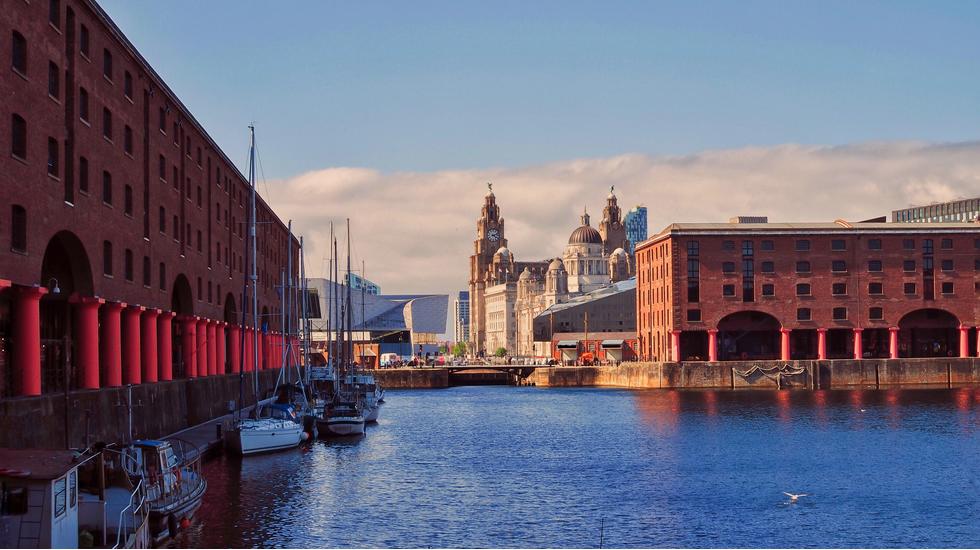 It's It's easy to condense Liverpool into its stereotypes: The Beatles, football teams and stark red political leanings. Behind the Unesco World Heritage waterfront, though, sits a city of ingenuity and originality. Anchored by the River Mersey in the north-western stretches of the British isles, and only a two-hour train journey from London, this old port has learned new tricks, fuelling a creative, innovative and progressive regeneration.

A metropolis in miniature, you can explore the city centre with ease in a weekend. Park walks await in the tree-lined southern suburb of Allerton, there are independent shops to peruse in the Ropewalks district and night owls will find pulsing beats and poetry events to entrance inside the Baltic Triangle's warehouses. Stroll the streets of the business district to spot the architecture that inspired New York's skyscrapers, pass under the arches of the Royal Albert Dock, and sample some of the bold restaurants and dynamic city bistros making a dent in the UK's fine-dining scene - all of which come with a side serving of Scouse playfulness.

The undulations of history have taken Liverpool from immense wealth borne of bloody empire to soul-destroying hardship and poverty. Today's Scousers, shaped by circumstance, are a hardy bunch, quick to joke and even quicker to help out. Ask anyone and they'll tell you they're Scouse, not English - an opinion forged from resilience and pride. The same emotion fuels the vanguard of shops, restaurants and venues at the heart of this city's unique identity.

The preferred haunt of Yoko Ono when she’s in town, this pared-back hotel sits poised at the edge of Liverpool’s elegant Georgian Quarter, equidistant between the gothic silhouette of the city’s Anglican cathedral and the space-age wigwam of its Catholic doppelgänger. Spread throughout the shell of a Venetian-inspired Victorian building, light-filled bedrooms offer a Scouse take on Scandi minimalism with white walls, pine beams, oak parquet floors and exposed brickwork coddling king-sized beds and sleek bathrooms. Suites parallel to the rooftops of nearby townhouses offer views across the spires of the city skyline, while downstairs, at the acclaimed London Carriage Works restaurant, you can feast on a menu of modern British plates. Booking into the spa? Expect planet-friendly REN Skincare treatments, a Rahu mud room and subterranean thermal pool.

The north docks architecture of this renovated warehouse hotel more than makes up for the lodgings being a 30-minute stroll from Liverpool’s heart. Located in the startling architectural skeleton of Stanley Dock, space is in abundance: the 153 bedrooms are opulently vast (the smallest has a 56sq m footprint), with lofty ceilings and walls painted in a soothing palette. The momentous (and dilapidated) 14-storey Tobacco Warehouse that sits across the silent waters from the hotel provides a hauntingly beautiful backdrop – and acts as a reminder of the city’s industrial ghosts.

In a city that can veer towards the garish in its hotel scene, discrete luxury is something to be savoured. You’ll find heapfuls hidden away on a cobbled backstreet of the elegant Georgian Quarter at this terraced stay. Joining the breed of design-focused B&Bs quietly revolutionising Britain’s accommodation offering (think Margate’s The Reading Rooms), 2 Blackburne Terrace flies under the radar for most visitors to Liverpool. Run by adopted Scousers Sarah and Glen, a night in one of its four flamboyant guest rooms is defined by the couple’s attention to detail: your stay starts with something sweet upon arrival, provided in the high-ceilinged suites that come garbed in plush carpets, period furnishings, oversized beds and thoughtful art picks. Ask for the attic room – it promises views towards the majestic cathedral.