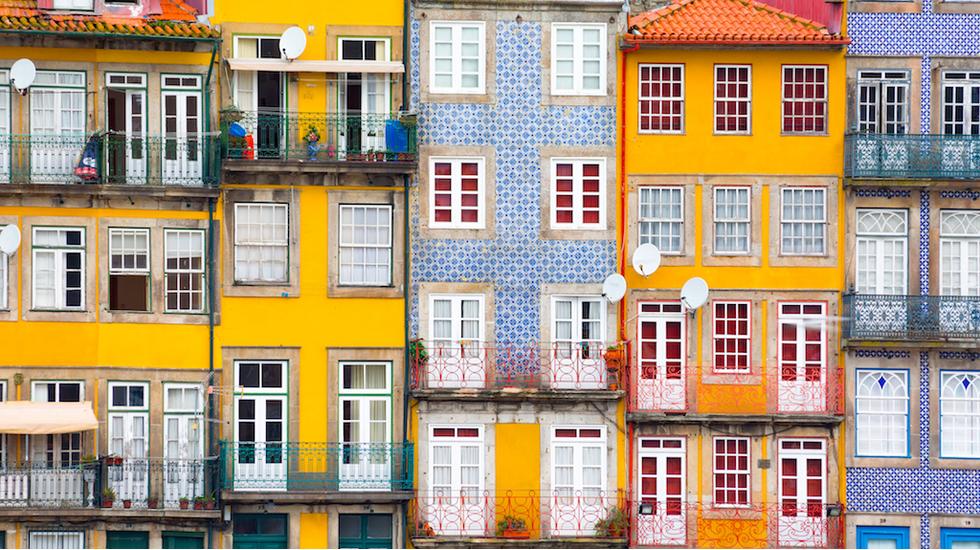 Warmth Warmth is woven into the streets of Porto. It's exemplified in the way that by simply asking for directions in the street, you may end up having dinner with whoever you approached, dancing late into the night or at the very least sharing some port.

"Ancient, very noble, always loyal, undefeated city of Porto". This is one of many adages that inhabitants will proudly repeat when an outsider talks about their city - and they want you to cherish their city in the same way.

Eating out in one of the many tavernas is nearly always cheap and very cheerful: everything from a cup of coffee to a sandwich is made with characteristic Portuense love and dedication. Perhaps it's because Porto people have had to fight for what they want, transforming, renewing and adapting in order to survive - most recently when they were badly hit by the economic crash of 2007. Take one of their most traditional dishes: tripas à moda do Porto. It is made with beans, carrots and, of course, tripe. Rumour has it that when Porto was preparing to take down Ceuta in North Africa, the city's very best meat was reserved for sailors and soldiers, so only offal was left for city dwellers. To this day, locals are known as tripeiros (tripe-eaters), and it's a badge they wear with pride, having taken one for the team.

Stroll along the medieval Ribeira and get lost down winding cobbled streets lined with old-world merchants' houses, 15th-century churches and bustling cafes. Then cross over the River Doura for a mandatory holiday snap on one of the city's impressive bridges. The grandiose 19th-century Palácio de Bolsa, formerly a stock market, was built to impress potential European investors - just as Porto will not fail to impress you either.

Technically, The Yeatman Hotel is not in Porto. You’ll need to cross the Rio Douro (the city’s river) and search for it next to the Port Wine cellars in Vila Nova de Gaia. However, it is one of the most beautiful hotels in Portugal – and has one of the most beloved pools in the world that’s shaped like a bottle. Since its opening day, it has won tons of national and international prizes including: best wine menu, best wine service and and an award of excellence, by Wine Spectator for three years in a row. Have you noticed the common denominator? That’s right, wine. The Yeatman calls itself a wine hotel and even the spa is titled Caudalie Vinotherapie. It offers services like The Barrel Bath Experience, which consists of a relaxing bath in a barrel-inspired tub with a sweeping view of the city’s historic centre. When you stop soaking up the sights, you can enjoy dinner at The Yeatman’s Restaurant, where chef Ricardo Costa proves his Michelin star through a menu that values Portuguese products like the lamprey, served with foie gras and bordelaise sauce – a new vision on a typical dish from the north of the country

This rustic building by the river was abandoned for years and burned to the ground twice before Teresa Aguiar and her partner bought the forgotten structure and brought it back to its glory days. That legacy is honoured in every detail. The guesthouse hangs over the river, hence it’s name. The number, however, has a long history. Historians couldn’t define a construction date for the building, and could only find that it is between 200 and 400 years old. Nevertheless, the owners managed to figure out the age of the street where it’s located and named the hotel accordingly – 1872. The eyre starts with a long corridor surrounded by coloured stained glass. With only eight rooms, every guest receives personalised service. You can sleep with a river view or with a window to the historic alleys and city life.

Before entering this original townhouse, take a moment to enjoy the beautiful façade. The owners preserved the typical Portuguese tiles, these ones coloured a striking shade of yellow. The rooms are decorated with mod 60s-inspired furniture, aged wooden beams and vintage Downton Abbey-style bathtubs. The guesthouse also has a hidden, bucolic back garden. There you can enjoy your breakfast, their magnificent brunch or perhaps five o’clock tea. The townhouse is located in the heart of the art district. Every six weeks the surrounding streets fill up with young people there to enjoy the art galleries opening, with music, food and drinks

Casa do Conto means ‘House of Tales’. While the project was growing, a fire destroyed the house and delayed the reconstruction of this 19th-century domestic architecture building. Fortunately, they dusted it off and finished the project. It’s a place that combines residence with culture. Casa do Conto is also very well located. If you choose to stay there, you are near downtown via Rua de Cedofeita – a long pedestrian street that has been growing with local businesses, charming restaurants and craft beer shops. It is also a 10-minute walk from Boavista and Casa da Música.

Part hotel, part work of art; this renovated 19th century iron warehouse offers a pared-back retreat in the heart of historic Porto. Striking architecture from the building’s past life remains a prominent theme throughout the hotel, with aged metal, concrete floors and exposed stone walls adding to the industrial aesthetic. All rooms come with well-equipped kitchens and living rooms, so choose between cooking up a storm yourself or exploring the nearby restaurants and bars lining Rua das Flores, the charming pedestrianised square.

Enter Maison Particulière for historic charm with a modern twist. Located inside a 16th-century house, each suite is individually styled to incorporate original features and contemporary design, from original woodcarving and lithographs by Dali, Miró and Picasso, to marble balconies and spacious terraces providing views across Porto. Sample traditional Portugese cuisine in the Dining Room, where hand-painted walls and towering ceilings provide the ultimate evening setting.