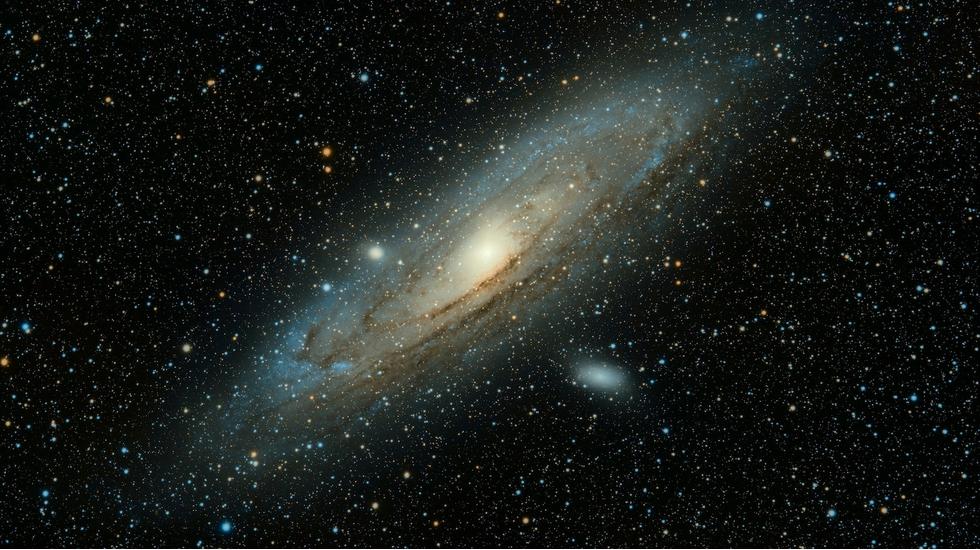 Once Once the stuff of science fiction, space tourism is now a reality in which the only thing that's far out is the distance from terra firma. We're jet-propelling ourselves through the rise of space travel and what it means for the environment, past the companies pioneering reusable rockets and hotels in orbit, to how you can land the hottest tickets on the planet.

Far out: a brief history of space tourism

For the uninitiated, space tourism means travelling into space for recreational purposes. It covers journeys that are in and around Earth's orbit (typically for a whirlwind 10-minute experience or a few days' stay in the International Space Station) and beyond - that being to places such as the Moon and Mars.

To date, only Roscosmos, the Russian space agency, has taken private citizens into orbit. In the Noughties, operator Space Adventures orchestrated seven tourists' journeys on the Soyuz spacecraft to the ISS - with a sky-high price tag of around $20 million per passenger. Those travelling included engineer Dennis Tito, entrepreneur Anousheh Ansari and Cirque du Soleil co-founder Guy Laliberté.

Nevertheless, in 2010, Russia halted orbital space tourism as it prioritised seats for ISS's growing crew, including American astronauts. Since 2011, when Nasa retired its Space Shuttle, the US agency has been paying an estimated $90 million (£70 million) for seats aboard Russia's Soyuz spacecraft (the US and Russia have cooperated in space since the signing of the Outer Space Treaty in 1967, and today the two nationalities are among most common in the ISS on-board team).

One small step for man, one giant leap for space capitalism

In a bid to reserve its time and resources for deep-space exploration, Nasa created the Commercial Crew Program to outsource the transport of cargo and crew to private companies, thereby shifting the players in the space race - it's no longer between countries but private companies (and their billionaire astropreneur founders).

As the commercial marketspace pushes its way through the atmosphere, a report from the Federation of Aviation Administration has predicted that space tourism could become a billion-dollar market within the next decade - unsurprising, considering the astronomical bill that's expected to come with tickets that, at present, have varied between the equivalent of £200,000 and £16 million.

Reaching for the stars: the major players you should know

Want to become a space tourist? These are the companies that may help your space-age dream become reality.

When Crew Dragon was successfully launched to the International Space Station on 30 May, SpaceX cemented its position as leader of the modern-day space race. While it's got its fingers in the lucrative pies of commercial and government sectors - schlepping satellites, supplies to the ISS and the like - Elon Musk's celestial venture is committed to "making life multiplanetary". By pioneering reusable rockets, it hopes to slash the cost of space travel from the millions to the hundreds of thousands.

Japanese billionaire Yusaku Maezawa is set to be the world's first private lunar traveller when he hops aboard the company's Starship for a fly-by of the moon scheduled for 2023. Musk has expressed his hopes that by 2025 SpaceX will ferry tourists to and from Mars for $500,000 (£390,000).

Thought Boeing was all about planes? Think again. The company was selected by Nasa's Commercial Crew Program to design the CST-100 Starliner capsule which, when complete, will take astronauts and space tourists to and from low-Earth orbit and the ISS.

Richard Branson is on a mission to "democratise space" with his fleet of Virgin Galactic SpaceShipTwo "reusable space vehicles". Launching from New Mexico's Spaceport America, they are intended to "transform the current cost, safety and environmental impact" of space tourism. The first of these, VSS Enterprise, was set to make its debut commercial flight in 2015 - some 700 people, including Angelina Jolie, Leonardo DiCaprio and Justin Bieber, had purchased $250,000 tickets in advance - but the vehicle broke up in a test flight over the Mojave Desert. A second spaceplane, VSS Unity, is currently in the testing phase.

The cosmic company of Amazon founder Jeff Bezos, Blue Origin envisions a future in which millions of people live and work in space. Only by tapping into the universe's unlimited resources can we preserve Earth for future generations, it says.

Its six-person New Shepard capsule, currently in its testing phase, is designed to take travellers and cargo past the Kármán line - the internationally recognised boundary of space, 100km above terra firma - in an 11-minute trip that'll let you gaze upon Earth and somersault weightlessly before landing back in West Texas desert. Its heavy-lifter, the New Glenn, will jet off into Earth's orbit and beyond.

While there's lots of fuss being made over reusable rockets, it's not exactly the same as bringing a tote bag to the supermarket. Sure, they won't be frazzled up in the atmosphere or decay at the bottom of the ocean, but they'll still burn a lot of rocket fuel to launch - the real bonus of reusing rockets is to bring down the price of tickets.

A 2010 study, partly funded by Nasa, predicted that an expanding commercial marketplace in space could spell trouble for climate change and the ozone layer as hundreds of tonnes of black carbon (aka soot) are released into the stratosphere.

What happens when you go into space?

Hopping on a Ryanair flight, this is not. To go into space, you'll have to undergo training programmes and fitness tests. It's for this reason that many private space travellers object to the term "space tourist". "Space participant" is the official label used by Nasa and the Russian Federal Space Agency, though monikers such as "commercial astronaut" and "private space explorer" have also been bandied about.

Semantics aside, there's a little biology that needs to be considered. Humans are fallibly human. While billionaire-funded engineers may have dreamed up space cities, the way our bodies respond is, at present, less desirable and less controllable. Side effects can include slacked muscles, blood pooling around your body, flattened eyeballs and a loss of taste.

Overcome these and you'll enjoy (or hate, who knows) the experience of take-off and landing, travelling faster than the speed of sound and undergoing 3Gs of g-force pressure. If the ISS is your destination, you'll see 16 sunsets and sunrises each day, spot bolts of lightning and clusters of city lights from above and somersault like you're Chris Hadfield. No spacewalks have yet been taken by tourists, though it has been promised by operator Space Adventures. One small step for you, one giant leap for travellers…

So you've made it out of the atmosphere. Where do you stay?

In June 2019, after previously banning commercial use, Nasa announced that it will open the ISS to tourists and other business ventures for $35,000 (about £28,000) per night, for up to 30 days at a time - remember this doesn't include the "taxi fare" for your flight in and out of orbit. The decision is part of a move towards the privatisation of the ISS; President Trump's 2018 budget called for the ISS to be defunded by the government in 2025. Don't expect cushy rooms; occupants simply clip sleeping bags to the wall to stop them sleep-floating.

In 2018, US-based Orion Span announced plans to welcome guests to a luxury space hotel by 2022. For $9.5 million (£7.5 million) each, visitors (a maximum of six at any one time) will float in unexplored universe for 12 days aboard the pill-shaped Aurora Space Station, downing non-space food, tending to hydroponic plants and playing in a "hologram deck" before bedding down in a relatively roomy cabin of 13m x 4m.

Orbital Assembley Corporation has entered the space-stay race. They plan to launch the 400-room Voyager Class space station in 2027.

How do I book my ticket out of here?

The Virginia-based Space Adventures is, to date, the only operator (as opposed to carrier) that has successfully sent passengers into space. Now in partnership with SpaceX, it invites "adventurers" to circumnavigate the moon, board the ISS and be the first private citizen to walk in space.

You can also pay $1,000 (£800) to register with Virgin Galactic and its "astronaut office" Giant Leap to be at the front of the line for new seats when they become available, or earn your astronaut wings on Blue Origin's New Shepard.

Allay cabin fever with this HD Earth Viewing Experiment, live-streamed from the ISS. While it's prone to drop offline, you should keep your eye out for sunrise and sunset - one of the two happens every 45 minutes. Alternatively, have a whirl on SpaceX's Crew Dragon docking simulator.

Discover More
SpaceX: Our Ticket Out of Here?
Read now