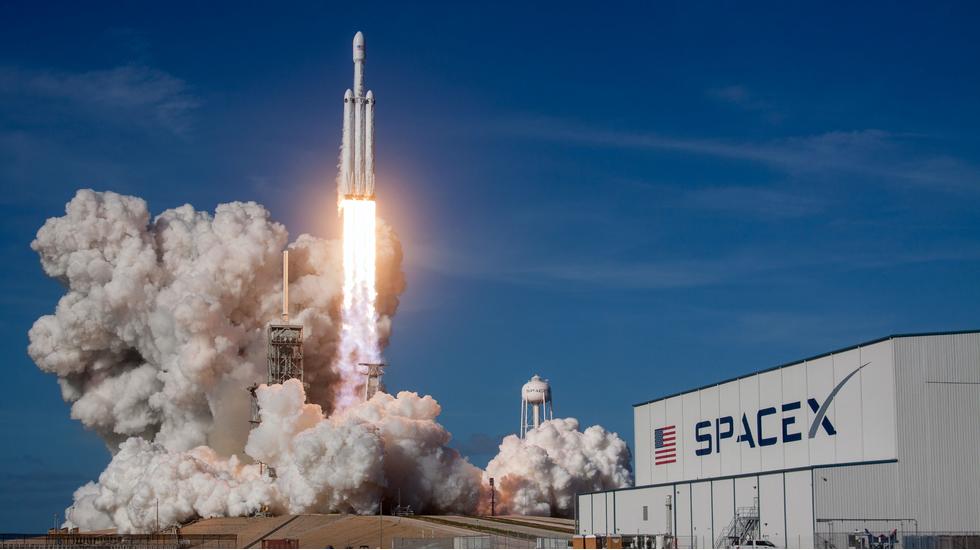 When When the Falcon 9 rocket lifted off from Cape Canaveral on Saturday 30 May, a new universe of space exploration and tourism took flight.

Crew Dragon's successful voyage to the International Space Station (ISS) was a small step for Elon Musk, who plans to make humanity a "multi-planetary species" with his company SpaceX. For mankind, it represented a giant leap in reclaiming the galaxy from big government - or at least shifting its control to brands.

Astronauts haven't been launched into space from US soil since 2011, when Nasa decommissioned its tired Space Shuttle. Instead, it forked out an estimated $90 million for each seat on Russia's Soyuz spacecraft. Keen to reserve its time and resources for deep-space exploration, the US agency created the Commercial Crew Program to outsource the transport of cargo and crew to the likes of Boeing and, of course, SpaceX.

When astronauts Robert Behnken and Douglas Hurley set off from Kennedy Space Centre last week, the shift from public to private was noticeable. Gone were the dials and switches that once decorated Nasa's Space Shuttle; touchscreens were Crew Dragon's control panel of choice. Stepping out of a Tesla, the astronauts would have looked at home on a movie set in their sleek spacesuits.

The change has also emboldened Trump, who is reinvigorating an America-first, Cold War rhetoric, pledging that by 2024 - ahead of Russia and China - the US will build a sustainable presence on the moon that could mark the first step in a manned mission to Mars, and put the first woman on the moon to boot. The US is also creating Space Force, the first projection of the military 100km above ground level.

Yet gazing beyond aesthetics and political rhetoric, as orbit (or thereabouts) opens up to the commercial marketplace, the space race is no longer between countries but companies. It is the playground of billionaire entrepreneurs, with big kids such as Jeff Bezos's Blue Origin and Richard Branson's Virgin Galactic vying to shuttle earthlings beyond the Kármán line.

Space tourism has been building up to this point for a couple of decades. In 2001, US tour operator Space Adventures curated the journey of Dennis Tito, an engineer who dropped $20 million to spend eight days in orbit on the ISS via Roscosmos, Russia's space programme. Throughout the rest of the Noughties, just six more private citizens would take the same trip.

With the advent of privately owned spacecraft, rumour has it that Tom Cruise is planning to fly the Crew Dragon to film a movie on the ISS. SpaceX plans to send Japanese billionaire Yusaku Maezawa around the moon in 2023. In fact, Musk hopes to ferry tourists to Mars for $500,000 within the next decade - no science degree needed, just a few months of training. "ADVENTURERS WANTED. Live for 10 days in space," reads the website of tour operator Space Adventures, which recently partnered with SpaceX. Its experiences on offer include circumnavigating the moon, boarding the ISS and being the first private citizen to walk in space. Prices are available on request.

Commercial space tourism is lifting off. Spurred by a newly competitive market, SpaceX reuses expensive kit by relanding the booster rockets rather than letting them burn up in the atmosphere or sitting on the bottom of the ocean. A boon for the environment? Not really; Falcon 9 burns 440 tonnes of rocket fuel. But what this means is that, by recycling machinery as expensive to build as a Boeing 737, its capsule's seat prices have the potential to fall from the millions to the hundreds of thousands.

It's a far cry from a Ryanair Boxing Day deal, but shrinking prices do lower the entry barrier to space tourism. For perspective, to launch a kilogram of material into orbit on Nasa's Space Shuttle costs $54,500; Falcon 9 can do the same for $2,720 - that's around 20 times less. SpaceX wants to drive down costs further still with its reusable Starship rocket, currently under development. Projected to cost just $2 million to launch, it will, according to Musk, bring down costs tenfold from Falcon 9. With the ability to put things into space for a mere $272 per kilo, things like private space travel, space hotels and trillion-dollar asteroid mining aren't just a pipe dream.

It's nevertheless going to be a good amount of time before we hop on a rocket in the same way we do a plane, or take a long weekend break in orbit, a sabbatical on the moon. And until we can jump ship to Mars - whether or not the red planet is plastered with Tesla adverts - it's worth examining what, if any, immediate impact Crew Dragon's mission can have on our current psyche. While a billionaire-owned contraption can't physically propel us from the ashes of this tumultuous year, does it at least have the ability to lift our collective spirits?

It's unlikely that's how this story is going to play out. Cast your mind back to 1968. Apollo's first manned mission around the moon took place in a world where political assassinations, the Vietnam War, civil rights abuses and protests dominated the headlines. It's impossible not to draw comparisons to today, as our screens flick between footage of the world's most technologically advanced feat and a man dying in police custody as charts rise and fall with the rates of death and unemployment.

It was a similar story in 1969. Neil Armstrong's tentative steps on the moon were held up as a beacon of collective joy, and yet they also inspired soul and jazz poet Gil Scott-Heron to write Whitey on the Moon. Only decades later did we learn of hidden figures such as Katherine Johnson and other black female mathematicians who calculated the trajectories of the Apollo project.

Fast forward to May 2020 and Elon Musk said in a post-launch interview: "This event is something that all of humanity can get excited about. It's just a fundamentally positive, good thing, and I think we need more good things in this world."

Pioneering space exploration and tourism are exciting. They do have the ability to transform us economically, politically and even socially. From space, you can't see the two-metre berth we give our neighbours. The imagined borders between race, religion and countries converge under one shared atmosphere.

Yet while space tourism's prices remain astronomical and its journeys a relatively far-off reality, Crew Dragon's mission is but a brief distraction on the ground, and one that, for now, seems only to increase the distance between those who have the freedom to reach for the stars and others held back by more than gravity.