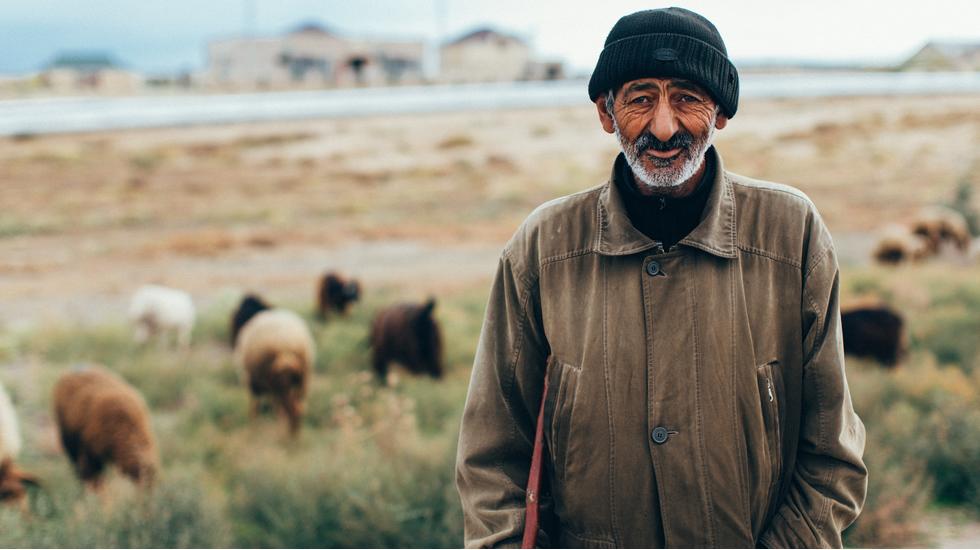 Around Around 10,000 years ago, a period of great development was about to commence for the human race: the New Stone Age. It was during this time that our hunter-gatherer ancestors moved from gathering to growing plants, and hunting to herding animals, eventually domesticating them.

Realising they could have reliable sources of meat, milk products and hides for clothing, this practice quickly caught on and swept across the globe. Nowadays, in the Western world, it is becoming less and less common to see herders, but in many places people still carry on like they have done for the last 10 millennia.

Travelling Asia by bicycle, the humble herder and their flock was the one constant in every landscape. Often sat high on a horse with a canine companion at their feet, they watch over their animals like guardian angels, always a keen eye on those who pass through their land, which they know like their own body.

A feeling of safety would always follow when I saw these unknown friends - or, more often than not, heard them first. Primal sounds would bellow from them; with a "yyyyeeaaaok", a "tssssssseh" and a "brrrrrriiii", the flock would move to the next green pasture.

At first you might think herders can be cruel to their animals, throwing rocks to encourage them in the right direction. But spend some time with them you soon see they deeply care for the well-being of their animals, maintaining the strong bond that has been there for thousands of years. I was often invited into their homes for a meal or a bed for the night, where I would meet both the previous and the next generation of herdsmen and women.

Somewhere along this journey, observing these people on horses whose days are painted with long, slow brushstrokes of time, I became envious of their life. In this world we have built for ourselves, with smartphones and TV screens, apps and podcasts, we are often most amazed and attracted by the simple lives that others live.

Discover More
Mongolia: A Call Back to the Present
Read now