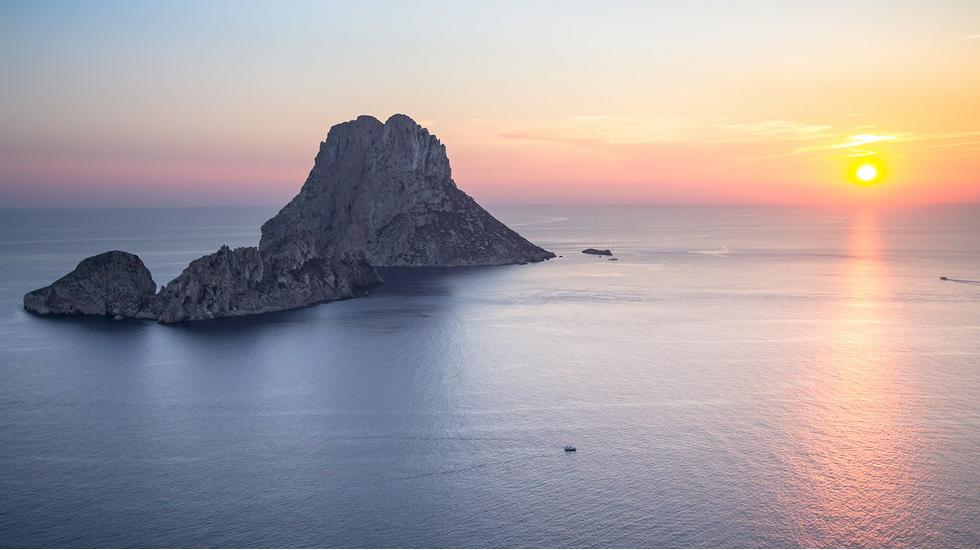 While Ibiza is best known as the summer parties, this Balearic island is beginning to trade in sundowners for self care. With fitness camps, health-centric dining and retreats to reset mind and body, the White Isle is set to be the capital of wellness.

Ibiza is the ultimate party destination come summer, when headline DJs flock to the White Isle and in-demand club nights draw revellers from around the world. Yet music enthusiasts and thrill seekers aren't the only ones who make up the island's eight million annual visitors.

As the world's attention has turned towards health and self care, so too has Ibiza's wellness scene blossomed. Offering boot camps and vegan dining, yoga retreats and holistic therapies, the home of hedonism has polished its halo.

But what makes Ibiza the right place to reset mind and body? Kate Whale, founder of The Body Camp, one of the best-respected fitness retreats on the island, puts it down to the people who live here year-round. "Ibiza attracts the most incredible teachers and coaches," she says. "It's a very openly spiritual place."

It was an unexpected realisation for Whale when she first arrived four years ago. Envisioning an all-encompassing "mind and body" approach for The Body Camp, she was sceptical of Ibiza's relevance.

"It wasn't until I got here that I could appreciate how open-minded the people are," she says. "I met a lot of alternative therapists and they seemed so happy. Their slower pace of life meant they were different to anyone I'd come across in the city or on the military-style boot camps that I'd run before."

Irish-born therapist Trish Whelan proves Whale's point. A local kundalini yoga instructor, reiki practitioner and retreat leader, she first relocated from London in 2012, leaving behind a successful career in the music industry. Her initial plan was to stay for six months, but seven years on she still runs retreats from her island home.

"The need for people to retreat is so strong now. I see a lot of burnout. We are constantly 'on' - modern living itself is exhausting," she says. "The world has changed dramatically over the past few years and Ibiza has changed in response to that. People come here to heal, recharge and to plug back into nature."

It's often those from high-powered careers that both Whelan and Whale see joining their retreats. The Body Camp welcomes mostly people in their thirties - perhaps the same people who were here raving throughout the early noughties? - ready to immerse themselves in something completely different but equally endorphin-spiking.

"Wellness is a big thing for this demographic," says Whale. "Experiences like these have made it something to be proud of. It's cool to be healthy."

On a more spiritual level, Whelan speaks of the energy on the island and its magnetic pull drawing people back time and time again. "There's a pull that's unquestionable but no one knows exactly what it is. The energy is so powerful and so potent. There's magic in the air."

If legend is to be believed, the "pull" is down to Es Vedrà, the limestone rock towering some 700ft above sea level off the south east of the mainland. Said to be the third most magnetic place on earth after the North Pole and the Bermuda Triangle, it's surrounded by ancient myth.

Coincidence or not, the appeal of Ibiza's wellness offering is undeniably drawing people in. For those interested in healthy eating, Instagram hotspots such as Passion Café and Project Social offer trustworthy vegan-friendly options but for something more authentic (and a little less cliché) there's also a thriving farm-to-fork scene to be discovered.

Farmstead La Granja is situated in the island's centre - a greener and more luscious area than the coast. Menus of homegrown and local ingredients are served around communal tables and hotel guests are encouraged to forage for their own ingredients. A completely different experience to the high-energy fitness camps and mindfulness classes on offer, it's a less structured, culinary-focused escape offering open workshops and community projects designed to educate and give back to the earth.

Whether you're after fitness-focused overhaul or a peaceful hillside escape, this small but intriguing island is one of the best-equipped places to find it. Fast forward five years and such authentic, life-changing health and wellness experiences might just precede Ibiza's party reputation.