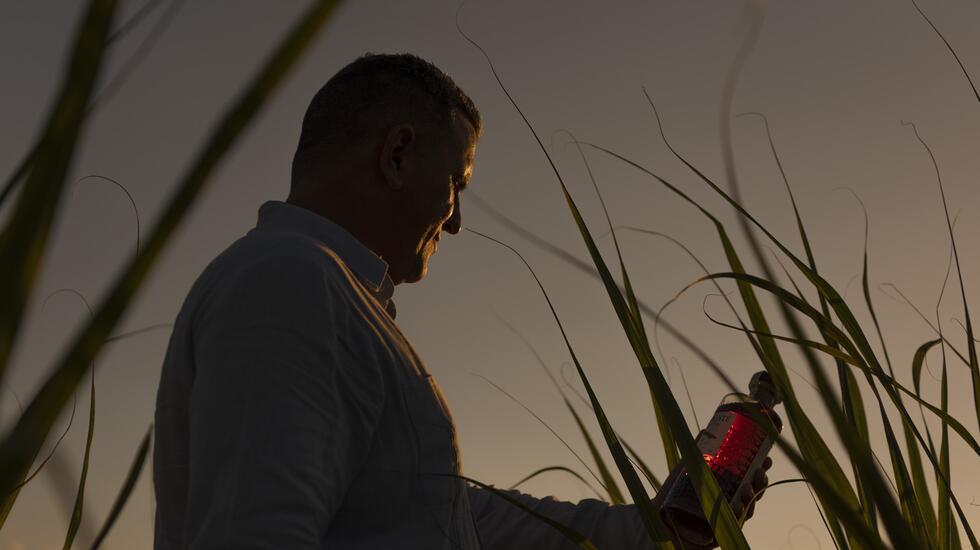 If If there's one thing synonymous with Cuba - a captivating country on the cusp of a new era - it's rum. And no wonder: this is a nation rich in fertile soil and blessed with a sublime tropical climate that is said to produce the best sugar cane in the world. Since the mid-19th century, when this raw ingredient was first spun into sipping gold - a variety of rum whose delicacy set it apart from that found elsewhere in the Caribbean - Cuban masters have been tinkering with the art of producing it.

Today, it is a spirit that remains deeply ingrained in the culture of this beguiling island - a place that definitely deserves a spot on your must-visit list. But before you go, brush up on your rum knowledge with an expert. Introducing César Martí, Cuba's youngest ever maestro ronero (master distiller), the rum wizard who developed Eminente. This delicious new blend - rich and full-bodied - was born from generations of expertise.

Join us as we explore César's rum-tasting tips, his favourite bars in Cuba and around the world and learn how, for a label so young, Eminente has managed to earn the country's coveted Denominación de Origen Protegida (DOP) status.

Hazy cane fields, left, and a bottle of Eminente rum.

Tell us your story. What drew you to the world of rum?

I wasn't drawn to it; I was lucky enough to be born into it, right in the centre of Cuba, surrounded by sugar cane fields, to a family devoted to this line of business. Having spent much of my childhood at the sugar mill, I went on to study chemical engineering at university, before training at the Ronera Central (Central Distillery), where Eminente is made today. I was mentored by the late Don José Pablo Navarro Campa, Cuba's first maestro ronero - a brilliant man who helped me become one of the island's only 10 (and the youngest) to hold this title.

Eminente embodies the spirit of Cuba. How?

I developed Eminente to be a rum dedicated to its heritage - like Cuba itself - but with modern flair. It brings back the distinctive light style born in the late-19th century, capturing the soul and grandeur of what made it so special, while boasting fresh aromas that add a contemporary complexity to the flavour. I'm proud to say the result is a truly authentic expression of my culture, and one of the reasons Eminente is among the few Cuban rums to have won DOP status, an official badge of high standard.

Taste-wise, what sets Eminente apart from other Cuban rums?

Its intense aroma is based on the ancient aguardiente (firewater) that has been closely guarded for many years, inherited from men who developed a unique blending and ageing process that we, the new generations, have applied current science to. Its central area of origin, right in the heart of Cuba, also sets it apart. Eastern Cuban rums are smooth and fruity, perfect for tasting, while the western ones - which are produced near Havana - are dry and punchy, making them optimal for cocktails. The rums from the middle of the island combine the best of both.

I suggest you first taste Eminente neat or on the rocks - in the afternoon, surrounded by friends.

Harvesting the sugar cane, left, and a blood-orange Cuban sunset.

How about your go-to Eminente cocktail recipe?

My favourite has to be the old fashioned. It's the cocktail that best enhances the taste of the rum, since there are few other ingredients (typically sugar, bitters and water). This simple blend enables us to perceive all the notes of Eminente Reserva: vanilla, tobacco, coffee and raspadura - the Spanish term for the taste of whole sugar cane.

We want to explore Eminente's Cuba. Where should we head first?

The sea. That's my absolute favourite place to be. Head to Varadero Beach - there's no other view on the island like it. I love sitting there, gazing at the velvety colours as the ocean meets the sky.

Can you share with us your favourite Cuban bars?

You can't visit Havana without taking a shot of rum at Sloppy Joe's. It was once the city's most famed pre-revolutionary bar, a favourite of American actors including John Wayne and Clark Gable, before being nationalised and then closed in the 1960s. It reopened in 2013 to much fanfare, having been painstakingly restored to its former glory. The other must-visit is El Floridita, Hemingway's most beloved bar, with a history that stretches back more than 200 years.

A rum-filled feast, left, and a sun-dappled cave.

Name an under-the-radar spot in Cuba we should put on our to-visit list...

Topes de Collantes, a national park in the Escambray Mountains, where you'll find snaking waterfalls, emerald pools and exuberant wildlife. It's a Cuban icon, but many tourists don't venture there.

And, finally, what are some of your favourite bars around the world?

I really love CoCo at the Opera Garnier in Paris - it's very Great Gatsby, with splendid palm trees to sit beneath and cosy alcoves in which to hide. When in the French capital, I frequent 1802, at the Monte Cristo Hotel - a dedicated rum bar with more than 1,000 bottles and a stylish tasting room. In London, the 1950s-Havana-themed La Rampa has a great Cuban atmosphere.