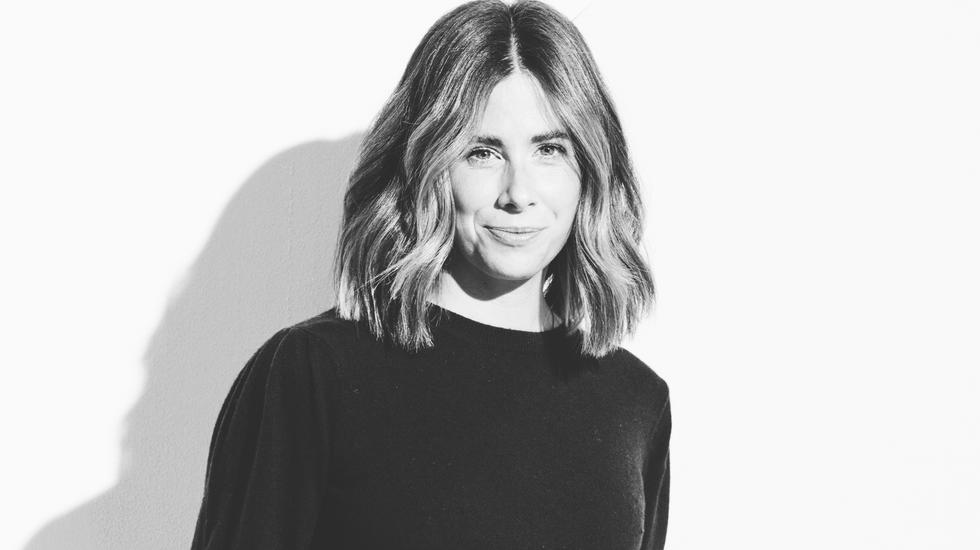 Having Having swapped her fashion executive role for bringing a swimwear empire to life, Isobel Elphinstone is the brains behind COSSIE+CO. The concept is simple: swimwear that both empowers and celebrates the modern woman. Recognising beauty in simplicity, colourful designs come in a flattering honeycomb stretch fabric.

When Elphinstone isn't drawing up designs for her next collection, you'll find her recharging and seeking inspiration in Savannah, Georgia. We caught up with her to get the inside scoop on the city's coolest lunch locations, the best places for catching up on some R&R and where to go when you're in the mood for dancing.

Rooftop terraces and cocktails-to-go: in conversation with Isobel Elphinstone

COSSIE+CO is an embodiment of simplicity and femininity, while also being a celebration of quality, colour and fun.

What was the inspiration behind starting COSSIE+CO?

It started with an infatuation with swimwear. I'm a self-confessed thalassophile - obsessed with being in or near water. It was after having children that I realised there was a gap in the market for feminine, luxurious and fun swimwear that didn't break the bank. Taking care of active little ones meant I had a need for a pared-back aesthetic - no time for rearranging. I set out to create a COSSIE that looked and felt good but also stood up to the realities of life as a woman and mother.

What sets you apart from other swimwear brands?

We create swimwear for the modern woman. Let's be real: prancing down the beach in your swimsuit can come with its anxieties and insecurities. This is something we're proud to be mindful of. Through feminine silhouettes and sophisticated but fun use of colour, we create collections that allow women to feel their best selves.

All our swimwear is double lined with our signature honeycomb fabrication, allowing for extra support where needed. We want women to feel chic when chucking a pair of shorts over their COSSIE and heading to the bar, but also know that they can feel comfortable when paddleboarding, sunbathing or water-skiing.

How does your environment impact your designs?

In short, massively. I'm attracted to colour, and am constantly looking to nature and my surroundings to create our next season's palette. When travelling, I relish seeing how other cultures and countries use colour.

Savannah is a catalyst of culture and style. Rich in history, the many different areas of the city generally have a laid-back aesthetic. With that said, you'll always find gentlemen sporting tailored suits, even in the summer heat - anything goes in Savannah.

The best day to arrive in Savannah is…

Any day. Any time of year. The beauty of Savannah is that the temperature remains moderate year-round. There's always an abundance of sunshine, so sunnies are forever on standby.

Where should we wake up?

The Drayton Hotel. This stylish boutique property sits pretty in the historic district.

Where should we head for breakfast?

The Collins Quarter is hands down my favourite place to grab breakfast - solo or with friends and family. Think cafés serving brunch, artisan coffee and tables positioned in prime sun-worshipping territory.

And for a long, lazy lunch?

For a true taste of Savannah, without doubt, Mrs Wilkes Dining Room. Head here for an early lunch. It offers a low-key vibe and traditional Southern food. It's the sort of place where, once you're finished eating, you take your plate to the kitchen. My key to not rolling out the door? Try a spoonful of everything.

What about somewhere romantic?

Stroll the cobbled streets with a cocktail-to-go in hand. You're bound to come across a couple of weddings. There's nothing more romantic.

And for dinner with a view?

The rooftop terrace at Myrtle & Rose at the JW Marriott. Overlooking the Savannah River, the restaurant's menu features small plates and cocktails, best enjoyed while watching the sky turn a flamingo-pink colour at sunset. If a view is not essential, then The Grey is a must-visit for foodies.

The Edition Shop, located downtown, carries some great names. Though, after living in London, I find that it's not clothes I shop for when in Savannah. Instead, I prefer to peruse the galleries and pick up pieces from City Market.

The best place for a night out in Savannah is…

A big hit among locals is the Red Velvet Burlesque Show. Upon arrival, you'll be greeted by a doorman in 1930s attire, before being ushered through the grand entrance to take your seat by the bar. If you're more into dancing, check out Club One on Jefferson. If, and when, you need a break from dancing, one of its floors is dedicated to the town's best drag show.

Tell us a secret spot only locals know about…

People often flock to Savannah's downtown, but the picturesque Moon River District is where I love to escape to. Skidaway Island State Park is a well-kept secret. Expect hiking trails weaving along intracoastal waterways and marshlands. Sundowners are a big tradition in our family and Skidaway Island is the perfect spot for sitting on the dock and watching the wildlife. Nowhere compares.

Where can we go in Savannah to feel inspired?

There is an abundance of artistic inspiration. The Southern gothic architecture of Bonaventure Cemetery, 18th- and 19th-century monuments and buildings, the SCAD Museum of Art, Plant Riverside and City Market. Not forgetting Chippewa Square, where the famous bench from the opening scene of Forrest Gump lives. Ultimately, wherever you go here, you can't help but feel inspired.

How about somewhere to relax?

If you're in need of a few hours' respite from the city's pace, escape to Back River Beach on Tybee Island. It's uncrowded, quiet and has a relaxing vibe.

What should we bring back as a souvenir?

You can't leave Savannah without adding Midnight in the Garden of Good and Evil to your bookshelf. A crime drama with vivid depictions of Savannah, it instantly transports you to what life would've looked like in the 1970s. When it was published in the late Nineties, the book is said to have reinvigorated Savannah's tourist industry.

There's a lot going on in 2022 at COSSIE HQ. Firstly, we've expanded from one to three collections a year, introducing new styles, colours and fits. We've also developed a capsule collection, which is set to land later this year.

Finally, what should we pack in our SUITCASE?

Sunglasses are essential for any trip to Savannah. In the winter, it's all about layers. My go-to is a light knit layered over a shirt or tank top. In the warmer months, your get-up should look like light linens paired with a COSSIE, obviously.