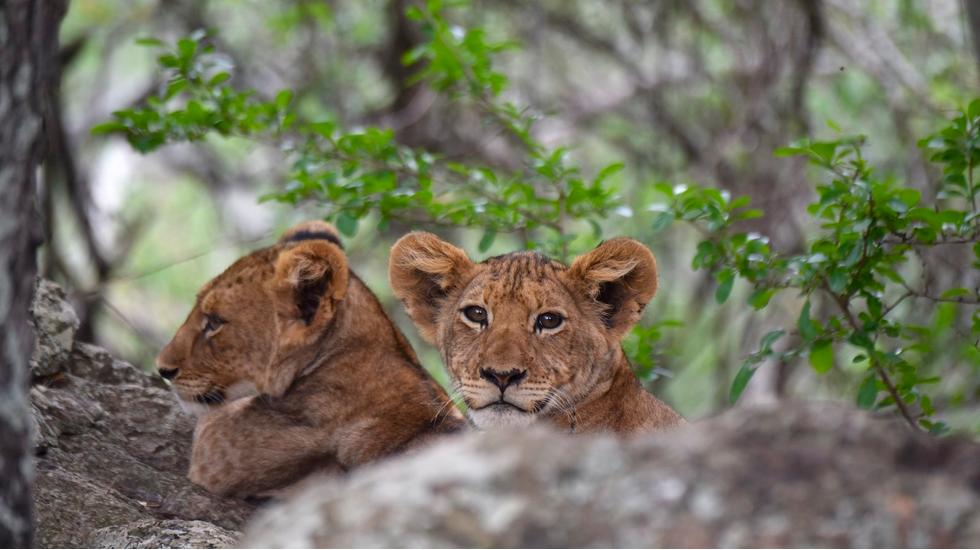 On On that day, a chauffeur-driven car was pulled over by armed apartheid police just two miles shy of the town. The chauffeur, incognito, was none other than anti-apartheid revolutionary Nelson Mandela, who was immediately arrested and subsequently disappeared from the public for the next 27 years.

I had travelled to what is now known as the "Nelson Mandela Capture Site", to experience an impressive 9.5-metre-tall sculpture made in Mandela's honour and created by artists Jeremy Rose and Marco Cianfanelli. This unique artwork was constructed on the roadside where Mandela was arrested.

It consists of 50 steel columns, each measuring between 6-5 and 9.5 metres high. As I approached a spot 35 metres away, the columns slowly came into alignment to reveal a huge portrait of Nelson Mandela. If I moved fractionally left or right, the flat illusion disappeared.

I was at the end of my journey. I'd left Durban five days prior on a self-drive loop of KwaZulu-Natal, also known as the Garden Province.

Driving from King Shaka Airport, I spotted dolphins and surfers catching waves along the 214 kilometres of white-sand beaches, nicely setting the scene for the next few days. Situated on the Indian Ocean, cosmopolitan Durban is blessed with warm weather all year. This laid-back city is a melting pot of cultures, and it gives a real feeling of being in Africa while being easy to navigate and is visitor friendly.

Durban has always been a relaxed, low-key town, often viewed as the poor relation of Johannesburg and Cape Town. But after the 2010 Soccer World Cup, people viewed it differently and its visibility as an international destination grew rapidly.

Zig-zagging through crowded streets and jumping up and down curbs, I soaked in the town's historical past and present. I explored the city, starting near the City Hall, where a young Winston Churchill once spent time during the Second Anglo-Boer War (1899-1902) as a journalist reporting for London's The Morning Post.

Street sellers dominated each corner, while jovial ladies worked the stalls in a labyrinth of colourful markets, selling fresh fruit, vegetables and spices. The atmosphere darkened as I delved further into the visceral and controversial muthi (medicine) market, where endangered plants, animal parts and other contraband were on sale. I was warned not to take photos. Although disturbed by the skins of endangered species, I wanted to experience this culturally important market. Items sold here are used by traditional healers (sangomas) and herbalists (inyangas), yet some sellers were unaware of or didn't care about the impact their wares have on the survival of some species.

I stayed at The Oyster Box hotel, a colonial-style property just out of town in a quiet beachfront area on Durban's north coast. It's a favourite among visitors and locals alike, who gather to drink and dine at the lively rooftop bar.

I departed Durban along the Dolphin Coast on a four-hour drive to visit the famous Isandlwana Battlefield of the Anglo-Zulu War, along the N2 coastal road north; it connects Durban to the southwest and southeast of the country.

Fine, slim trees, synonymous with Africa, lined the roads. At the Gingindlovu road toll, street sellers sold bags of lychees, moving between cars until a window rolled down and a 10-rand bill emerged.

I passed through Stanger, Eshowe, Melmoth and Babanango, and later drove onto the rolling gravel road leading to Isandlwana.

We arrived at the battlefield - a vast, open piece of land surrounded by high bluffs and mountains. The famous rock formation (Isandlwana Hill) stood alone in the centre. I stayed at the Isandlwana Lodge, just two kilometres from Isandlwana Hill and 18 kilometres from Rorke's Drift - both Anglo-Zulu War battle sites. Constructed in the shape of a Zulu shield, the lodge is built on the side of the iNyoni Rock, on top of which the Zulu commander stood during the first major battle of the Anglo-Zulu War on 22 January 1879. The Battle of Isandlwana reverberated around the world because the Zulus gave the mighty British Army one of its worst defeats in the colonies.

We hiked, scrambled and rock climbed our way up the imposing and tricky facade of Isandlwana Hill to its summit. This vantage point gave me 360-degree views of the well-known battlefields. My guide, Barry, recounted the battles fought here and brought the area's dramatic history to life. Whitewashed cairns dotted the landscape, marking the mass graves of the British soldiers. A huge metal lion claw represents the Zulu warriors lost during the battles.

With the battlefields in my rear-view mirror, I set off on a four-hour drive to Thanda Safari Lodge. I passed through the town of Babanango, with thick fog blocking my visibility. I missed a turn, but, after making a quick U-turn and swerving to avoid a tortoise, I was on my way again, trading in the smoothness of the asphalt for the bumps and bounce of a dirt road.

The fog lifted as I joined Route 66, passing through Ulundi, where on 4 July 1879 the last Anglo-Zulu battle was fought. This was when the Zulus ceased to be an independent nation. Onwards I drove, through Nkonjeni and Nongoma, where the current Zulu king lives.

A shortcut took us along another off-road route that snaked along for miles, over farmland and around lush rolling green hills dotted with healthy-looking cattle and small Zulu villages. Thanda consists of three types of lodgings: a tented camp, the luxurious flagship Safari Lodge, and Villa iZulu - the private luxury lodge where I stayed. Our days were spent on safari, or simply chilling out and enjoying our surroundings.

One cool morning, we left the lodge at first light (around 4.30AM) for our three-hour morning safari. Evening drives start at 4.30PM and end after dark, as this is when animals are most active. Our guide, Pietr, and tracker, Winnet, conversed in Zulu so as not to give away what was ahead.

You'd think a herd of 40 elephants would be easy to spot. With binoculars enthusiastically pressed into my eye sockets, I scouted the horizon, eventually, making out the enormous, lumbering, ashen-bodied creatures moving silently through the bush. The sound of branches cracking underfoot and guttural noises gave them away.

We then tracked lions for an hour and a half. The anticipation built up; we were getting close, expectations were high. We found the magnificent creatures well-hidden and snoozing among rocks, and we watched eagerly for a long time.

Reluctantly, we left the lions and immediately ran into a roadblock in the form of two huge rhinoceroses. Inquisitively, they approached to within two feet of Winneth, who was perched like bait on a small seat above the front wheel of our roofless vehicle. A third rhino appeared and sniffed the air, and then they all moved off, nonchalantly looking back over their shoulders.

Our departure was spectacular, with giraffes, vervet monkeys, zebras, lions, cheetahs, impalas, warthogs, gnus, buffalos, lions and more all coming out to see us off as if arranged.

Back on the road, I drove for five hours, passing through Dundee and Ladysmith along the M11, where the internationally celebrated band Ladysmith Black Mambazo is from.

The mountains grew in magnificence as I approached Cathedral Peak Hotel in the spectacular Drakensberg mountains. I spent the afternoon quad biking through the hills and, later, hiked to Doreen Falls and upwards to see some precious San Bushmen rock art. There is anthropological evidence that the paintings date back at least 40,000 years, and possibly over 100,000 years.

My experience in KwaZulu-Natal was rich in wildlife, history and culture. There's an abundance of landscape to explore in this impressive part of South Africa - it's not all about Cape Town. "Zulu" means "heaven" - and KwaZulu is pretty damn close.