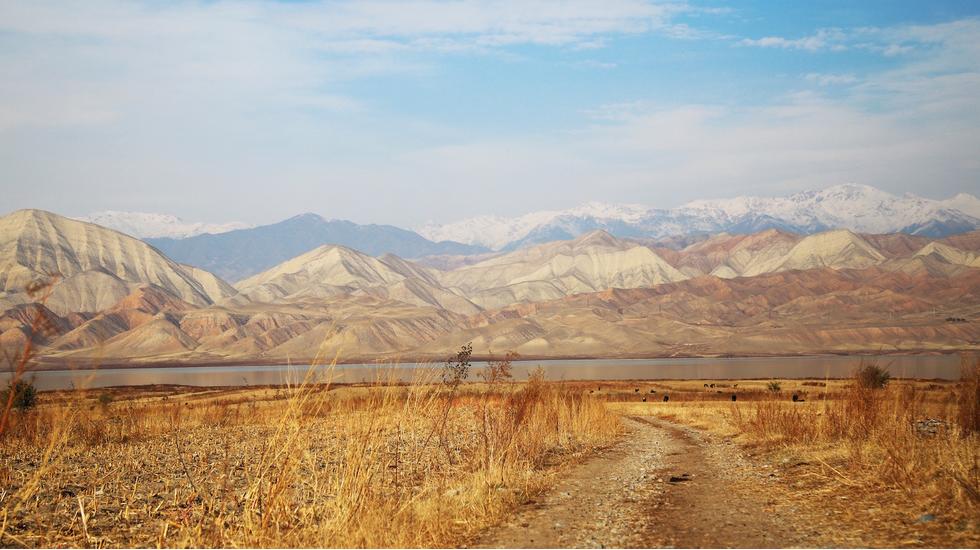 I I didn't know what I was looking for when I first arrived in Kyrgyzstan. But over the six months that I spent there whatever it was seemed to slowly reveal itself.

As with so many countries in this part of the world, Kyrgyzstan's location is a clue to its identity: East meets West with a tribal past. Islam and the Soviet Union have also left their mark, but it's Kyrgyzstan's landscape that has shaped its identity. It doesn't take long to escape the city and discover that, despite its many influences, Kyrgyzstan retains individuality in its mountains, valleys, grasslands and lakes.

The landscape creates an overwhelming sense of space and at times it's hard to grasp the scale of it. Telegraph poles, buildings and people all help in understanding the proportions of what you're looking at but usually it's only the sky that dwarfs the shapes and patterns on the ground.

By late August, the colours of the landscape have changed along with the season. But as the leaves and hills turn yellow and brown, it's not just summer that is over. My time in Kyrgyzstan coincided with their kymyz season from May to September when the national drink of fermented horse milk is sold at roadside stalls - something I tried to get in every region. Its unfamiliar, smoky taste was the perfect partner for the strangeness of the landscape that surrounded me. As the stands became a rarer sight, I knew my time there was coming to an end.