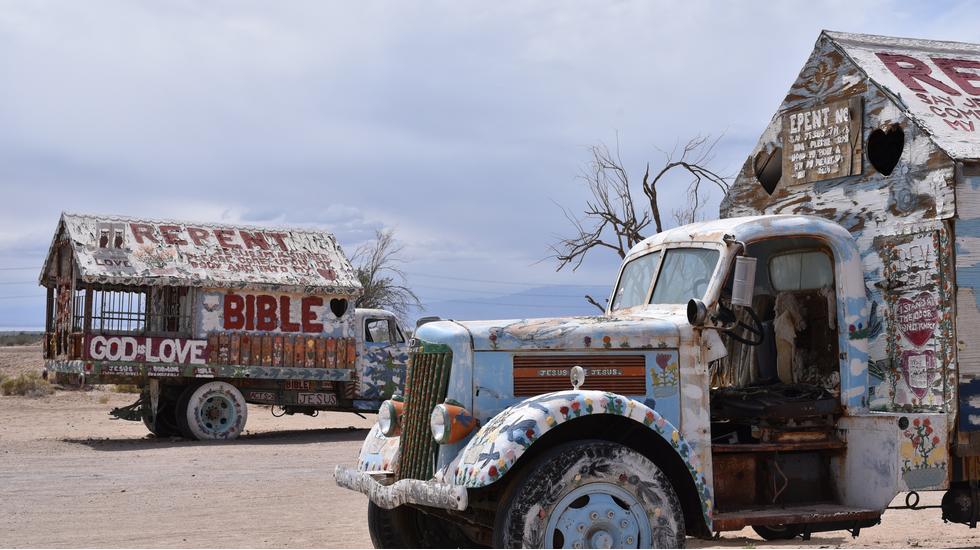 Oh, Oh, land of squishy avocados, juicy oranges and even juicier celebrity gossip, how we love you. Los Angeles and San Francisco might be the most common bookends of a romp across The Golden State, but to really get a feel for this West Coast megalith, we suggest plotting some more alternative destinations on your itinerary. We've picked out five of our favourite stop-offs perfect for those planning a long weekend or looking for a less obvious pit-stop on that once-in-a-lifetime road trip you're planning post lockdown.

Why we can't wait to visit again: Don't let it's small, village-y vibe fool you; Ojai has a lot going on. Beyond the art galleries and New Age shops that huddle in the stucco collonaded town centre, a valley riven with vineyards and desert spas opens up. This place is one for bohemian types who prefer to go slow - a fabulously hippy antidote to nearby Los Angeles.

Where we're staying: The Capri Hotel

Before you go: Listen to The Clementines, a musical husband-and-wife duo comprised of Florence and Benjamin Clementine who live out on Ojai's remote, dusty plains.

Why we can't wait to visit again: Smothered in red pines and scored by the snaking Russian River - which was awash with log-laden rafts back in the day - Guerneville's surroundings are very old-school Cali. It's a buzzy little town with a sandy, riverside "beach", a glut of hiking trails and a patchwork of diverse, LGBTQ+-friendly bars where sun-baked revellers unwind long into the evening.

Before you go: Pick up a copy of Joan Didion's Where I Was From, a collection of essays on California's cultural evolution over the past half a century or so.

Why we can't wait to visit again: It's coastal, but don't expect any beaches. The westward perimeter of Mendocino is a jagged fringe of rugged rocks which beg to be walked, though those feeling exceptionally Californian can join locals in a spot of clifftop yoga, of course. Instead of taking a room in one of the town's hotels, we suggest giving the Russian Gulch State Park the attention it deserves by camping out under its dense forest canopy. Don't leave without taking in the iconic Russian Gulch Bridge which spans the canyon.

Before you go: Watch the 1955 film adaptation of Steinbeck's East of Eden, featuring a smouldering James Dean as Cal Trask. It's vintage Hollywood at its finest and filmed largely in Mendocino County.

Why we can't wait to visit again: If you're in San Francisco, it would be criminal to not hop over the Oakland Bay Bridge to Oakland, the neighbouring city credited with kickstarting the Bay Area's now-legendary hip-hop scene back in the 80s. Music hums through the city, but there's more to it than that. We're stopping by the Chapel of the Chimes - a dark but beautiful Moorish-gothic cemetery - taking a circus class in one of the city's cavernous old warehouses and spending the evening at Heinold's First and Last Chance Saloon, a dive bar built from the remains of a whaling ship.

Where we're staying: Oakland's not overflowing with hotels, but the Z Hotel Jack London Square will do the job.

Before you go: Refresh your playlists with some original Oakland hip-hop. Try Cassidine

Why we can't wait to visit again: We've ogled the mellifluous Salvation Mountain at Slab City for so many years we're unsure as to whether it really counts as a '"less-obvious" destination, but we're including it anyway. Just over an hour's drive from Palm Springs, it's a glorious stand-alone oasis in the middle of the Imperial County desert designed by local resident, Leonard Knight. Don't just climb the mountain, take a pew at the Slab City Library and stroll about the Edge Road Rest Area Memorial Park. Sunscreen is a must.

Where we're staying: Orbit In

Before you go: Get a feel for the eccentric Slab City community by reading this book by Charlie Hailey and Donovan Wylie.