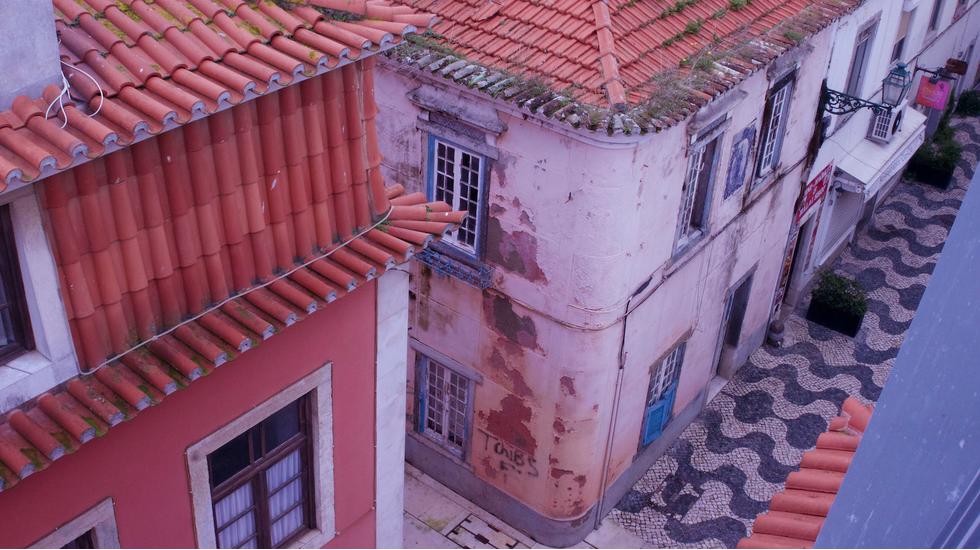 Tell Tell people you're going to Portugal and the response will usually be "lucky you!" or "enjoy the sun". But travel there in off-peak season as I did and you'll get mixed signals; it's windy and even when the sun does comes out it can be pretty gloomy. Of course, in the three days I decided to visit my family, I brought the rain with me from good old Blighty too. I usually stay a little way out of central Lisboa in a small city called Loures or an even smaller town nearby, where lots of people recognise each other by face and never really leave, so I decided to make the most of my three very windswept days and see what it's like to live like a local.

Portugal is known for its red meat, delicious cakes and, of course, excellent alcohol. Most mornings, the men sit outside and enjoy an espresso in their local café, often accompanied by a sweet, hole-in-the-middle bolo rei cake. Dinner usually consists of meat and rice with a side of salad - again, this usually doesn't change from day to day. People also tend to eat pretty late in Portugal, which was something I wasn't used too, while as a vegetarian it was somewhat tricky navigating meat-heavy family dinners. My plate usually consisted of vegetables and boiled potatoes, though I did find a few really lovely vegetarian shacks - House of Wonder in Cascais and Green Pepper in Carnaxide - both of which were both delightful. After dinner, the men usually gather in cafés again, though this time for a beer or two, while the women clean up, put the children to bed then congregate in the kitchen to chat over coffee and cake.

It's safe to say that locals are often surprised by the things that tourists find interesting - though I guess that is to be expected if you have grown up seeing them. I certainly got lots of funny looks while taking pictures of the mosaic tiled walls and coloured houses with laundry hanging to dry outside their windows! I know it's not very 'local' of me to include them in this series, but I think it's important in order to give a true representation of this historic country.