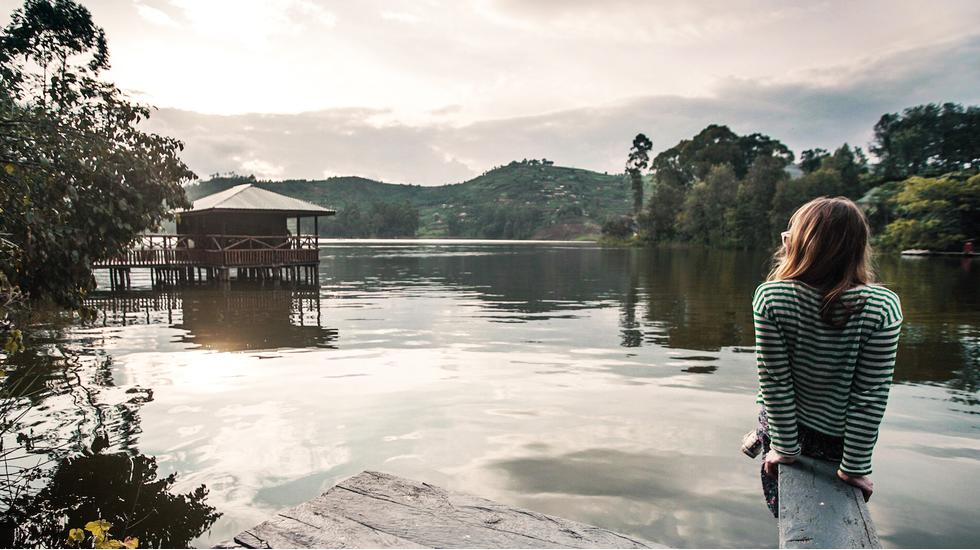 The The start of a new year allows the foresight to look beyond the present. Once Auld Lang Syne has been boisterously crooned and dazzlingly short-lived resolutions have dissolved beneath a cascade of champagne, we numb the hangover by tentatively peering into the future. Because there, we're everything we've ever wanted to be - smarter, funnier, kinder - and within those yet-to-be unlocked moments lies possibility. Aside from the January blues, it's no wonder travel piques our interest so much at this time of year - who can resist the intoxicating opportunity to be better?

Unsurprisingly then, an experience that embodies the essence of "meaningful travel" is often at the top of to-do lists once the festive glitter has dispersed. Spurred on by industry reports touting it as a trend that shows no signs of slowing, apparently, millennials are on a mission to feel good by way of doing good, preferably in view of as many Instagram followers as possible.

But to shrink the concept of travelling with purpose down to nothing more than a glamourised form of vanity is a mistake because, of course, it's so much more than that. Travel is something we crave as humans and by nature, every experience - positive or negative - is meaningful in its own way. Travel is the search for connection; the quest for substance, and it's not going to disappear in a puff of warm summer wind.

If anything, meaningful travel is set to become more ingrained than ever in our forays to unexplored lands, not because it's a trend, but because it's essential. Bogged down by a barrage of bad news, portent warnings about destruction of the planet and a sense of detachment that permeates the mundane, we're on the hunt for trips that make us feel and journeys that shake up the monotony of existence. And that's what naturally happens when we drink in the sights of an unseen landscape, taste the sizzling flavours of new cuisine, and embark on conversations with strangers that broaden hearts, horizons and minds - it makes our skin prickle and our souls hiss.

Back in November last year, I travelled to Uganda as part of The Abode Project, a charity created to help impoverished children by building a school and an orphanage in the small town of Kabale. Funds are raised through donations, Abode parties held in London and Ibiza, and through the efforts of the volunteers, who each arrived with their own set of expectations and goals. As a group, we spent a week putting in hard graft to prepare the buildings for use, spurred on by the satisfaction of knowing our efforts would make a genuine difference. But as is so often the case when you journey to a place so unlike home, you can never be fully prepared for how much difference it will incite once you're back on familiar soil.

In many ways, it's impossible to describe this experience without sounding trite. We were humbled by people's warmth, staggered by their stoicism and inspired by the simplicity of their gratitude - it felt wonderful to be able to help in some small way, but then incredibly jarring to come home when life carries on as before despite everything you've seen. Seven days spent on this project emphasised the privilege of our own realities and that's always an uncomfortable truth to face, especially when all you've done is help one small community in one poverty-ridden country in a world brimming with similar predicaments.

And therein lies the crux of meaningful travel, because it's not about patting yourself on the back for doing a good deed or berating yourself for not doing enough, it's about confronting the reality of an experience and moving beyond it, spreading the word. Look into the face of fears and constructed boundaries and drive forward with a heightened sense of awareness. Make connections that transcend race, background, sexuality and gender. Lay bare assumptions to reveal we all deserve the same; no more, no less. Travel allows us to open the door to all these things, and that's what makes it meaningful.

On the final day in Uganda we danced round together in dizzy celebration - children, volunteers, teachers, workers. Our feet pounded the same earth, our eyes gazed up to the same sky and we smiled at each other giddily, resonating a language that required no words. Being better doesn't begin in the future, it starts now, with all of us.