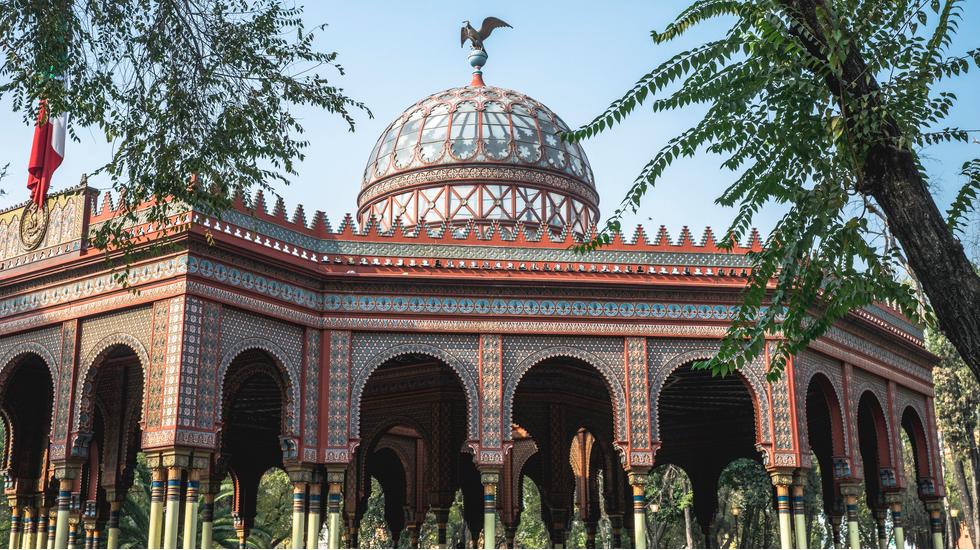 Some Some 700 years ago, a wandering tribe of Aztecs arrived at a steep mountain valley and discovered an island in the middle of a crystalline lake that stretched out before their eyes. They drained the swampy waters, creating floating gardens and canals, and gave their new home the name Tenochtitlán.

Then the Spanish arrived in 1519 and the rest is pretty much history; little is left to remind us of this glorious Mexican Venice. But Mexico City has somehow retained the passion, ingenuity, intensity and warmth of its ancestors.

This is a city of countless cities. Nearly 22 million people flow across the patchwork streets - some live in ramshackle slums with little access to water and nutrition; others in cosmopolitan colonias (neighbourhoods) made up of majestic stone mansions and hip cafés as well as verdant park squares.

Each area offers its visitors something special: in the chaotic centre, sweeping colonial palaces have been built atop indigenous temples, and silversmiths bustle for space alongside butchers and wedding-dress makers. Look closely and you will find some of the buildings are tilted - it turns out the dried-out bed of a lake isn't the best foundation for construction, and Mexico City is now sinking.

Down south lies the capital's intellectual heart. Names like Mathias Goeritz, Frida Kahlo and Diego Rivera are on everybody's lips, and highways give way to lazy cobbled streets, bohemian cafés and sluggish canals. The oasis here reminds you that the metropolis has one foot in the future and another rooted firmly in the past.

Mexico City, or DF (Distrito Federal) as the locals call it, is unexpectedly lush. Jacaranda trees line the avenues, and their flowers bathe the streets in a carpet of bright purple blooms throughout the spring. There are also palm trees with trunks so robust that you'll wonder if they outlived the Aztecs themselves.

Young entrepreneurs are taking the reins in the design and art scene, and the city pulsates with exhibitions, film screenings, innovative architecture and fashionable new labels. There are more museums here than in any other city in the world, and Mexico City is home to the largest university in Latin America.The sheer number of protests that take place along the main boulevard Reforma could give the French a run for their money.

Gastronomical choices abound - on any given day you can choose between market stalls which source the freshest produce from all over the country, taco joints, gourmet bistros, traditional cantinas, artisanal mezcal bars and inventive takes on the local cuisine.

The Mexican people display an unrivalled hospitality. They will throw open their doors and treat you with such courtesy that you'll end up wondering how you'll ever go home. Nothing means "no" here, which doesn't exactly mean yes either - but it's certainly a start.

Located in up-and-coming Colonia Cuauhtemoc, enter through the mirrored glass facade of Hotel Carlota’s entrance into the stripped-back concrete courtyard and everything immediately becomes cooler. The swimming pool, which looks like a giant streamlined fish tank, doubles up as a watering hole for creative types who flock to the patio to sip kombucha tea by morning and mezcal by night.

Set inside an early 20th-century French mansion, this small boutique hotel offers an intimate stay in La Roma. As a nod to the signature style of their founder and owner Yves Naman, the main accents in the hotel are wooden, velvet and metal. Below the hotel is a coffee shop call Alma Negra, offering complimentary coffee to guests from AM to PM. Try to book the top-floor room – the king-size bed rolls from inside the bedroom out to the exterior rooftop terrace so you can sleep under the stars.

Next to the emblematic Alameda park, this B&B sits atop a recently renovated building which houses some of the city’s most on-trend new brands, art galleries, projects and eateries. A hotel “for travellers, by travellers”, Chaya’s see globetrotting as a way of life and give you the tools to make a stay in Mexico City as memorable as can be. Their nine spacious rooms and two suites have simple decor which feels like a home away from home.

The Habita group was the first boutique hotel chain to expand across Mexico. With locations on the coast of Veracruz to southern Oaxaca and even a hotel in New York, these guys have always been ahead of the game. Each hotel has an individual style in-keeping with its location, and for their hotel in downtown Mexico City they chose an ornate colonial building with an impressive stone staircase that channels a boho-chic atmosphere. An interior patio houses the renowned Azul restaurant, the corridors are filled with high-end Mexican design brands and there’s a lovely rooftop pool that often hosts parties until the early hours.

Your best bet for a boutique stay in Polanco, Las Alcobas (“the alcoves”) is well-located within reach of the neighbourhood’s most sought-after restaurants and bars. Its design is sleek and contemporary – an lesson in understated elegance – and it has two fantastic restaurants, Anatol and Dulce Patria. Curl up in goose-down bedding and lounge in bespoke rosewood furniture from design duo Yabu Pushelberg, whose clients include Prada and Louis Vuitton.

Somewhere between a boutique hotel and a B&B, La Casa Nuevo Leon is well suited to the independent traveller looking for a central spot in the hip, leafy colonia of La Condesa. Their 16 light-filled rooms offer clean lines and geometric tiles, with single rooms available for solo visitors and a relaxed breakfast in their charming ground-floor café. Those looking for a more indulgent experience should request the corner suite and take in views from the circular bathtub.