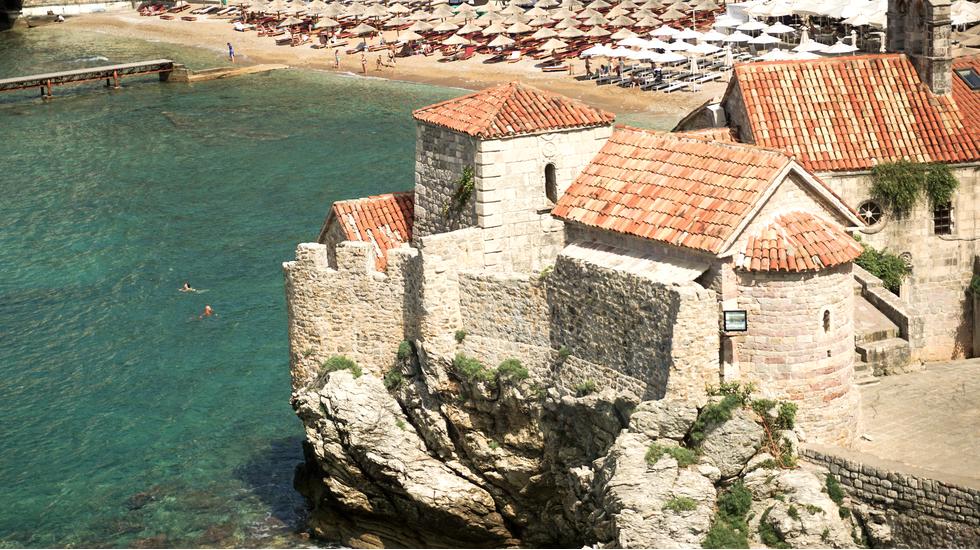 Rounding Rounding the bend, a hot sheath of panic enveloped me. We had been driving for over six hours and for the last 40 miles everything around us had been a canvas of grey - grey sky, grey mountains, grey mood. We should have stayed in Mostar, I reprimanded myself internally…

Traversing the interior of Former Yugoslavia in our sapphire-blue Ford Fiesta, we passed through the murky terrain of Republica Srpska, a largely autonomous entity in the middle of Bosnia and Herzegovina that seems to count a total of 17 large cows and four humans as citizens.

Along a winding country road somewhere east of Mostar, we had come upon a tailback of battered old Golfs which stretched as far as the eye could see, twisting onward beyond the horizon of softly rolling hills. Sweltering beneath the midday sun, we peeled ourselves from the sticky leather upholstery of the car and joined a group of disgruntled looking locals who had abandoned their vehicles for the grassy knoll at the side of the road. Man, woman and child pulled on cigarette after cigarette, global investment in lung cancer awareness evidently falling short of reaching Banjaluka.

After many minutes of surreptitious gazes surveying us from head to toe and furtive glances darting over to our Croatian car registration plate, one weather-beaten, sallow gentleman ventured a hesitant "Where from?" in our direction. "Ireland", James replied with a smile. A bemused expression painted the face of our chain-smoking friend, and he swung round to consult the cohort of stranded drivers at the road's edge. "Ireland", I ventured again, brandishing the details page of my passport for our audience to inspect. "IRELAND!" they beamed, nodding approvingly and proffering unbranded cigarettes which I suspected were stronger than anything legally produced in the Republic. Two hours and two cases of severe dehydration later, our parade of traffic began to snake its way along the only road to Montenegro.

We had planned a road trip spanning the length and breadth of the former federated states of Yugoslavia from the gurgling melodies of the Zadar Sea organ to the breath taking engineering of the bridge at Mostar, made all the more impactful by its dark history. I remember distinctly the moment that Montenegro found its way onto my aspirational conquest list of "one day, I will visit..." destinations. Many years ago, lost in the pages of F. Scott Fitzgerald's The Great Gatsby, I resolved to visit the shores of this under-appreciated nation state. Gatsby himself waxes lyrical about his WWI Valour award - "Every Allied country gave me a decoration - even Montenegro, little Montenegro down on the Adriatic Sea!"

From childhood through to my university days, I had devoured every book I could lay my hands on that told of the Slavic people and their chequered past. Tiny yet proud Montenegro captured my imagination like no other; at the crossroads of multiculturalism for centuries, the state has been a veritable mishmash of ethnicities, religions and political orientation since the mighty days of the Ottoman empire. In July 1941, Montenegro was the site of the first armed uprising against the Axis powers in Nazi-occupied Europe. What's more, the resistance of 32,000 strong was made up of both men and women - trailblazing in the 1940s.

Somewhere just past the Bosnian border we pulled in at a filling station to ask if they had a cash machine (they didn't) or if they could tell us the quickest way to Budva (they couldn't). The Bosnian soccer team were disembarking their coach at the side of the road in front of our Fiesta, and the fair-haired number seven summoned just enough English to direct us eastwards for Kotor and on to Budva.

On and on we went, twisting and turning through mile after mile of non-descript at best, desolate at worst, countryside. My heart sank deeper into my chest with every moment - the Montenegro of my dreams was nothing more than a concocted fantasy.

Delirium was setting in and we hadn't uttered a single word to one another since the petrol stop; round every bend I hoped for a sign announcing our proximity to the coast - but instead we were continuously flanked by a carpet of bleak, grey stones and an equally dreary sky, the two melting into a godforsaken tapestry of lunar-like terrain. I was preparing my most grovelling apology for dragging us to this inhospitable corner of the earth when a sparkling beam of sun bolted from the roof of clouds above, spreading like wildfire across the countryside and kissing all beneath with golden hue. It was like the touch of an alchemist's hand; everything looked better bathed in sunlight and serendipity was smiling on us for almost as soon as the sun appeared, we rounded the bend to Kotor.

A picture-postcard perfection nestled within the hills of Montenegro, the Black Mountain of the Adriatic. Down, down, down we went along the winding freeway hewn into the cliff face, zig-zagging like slalom racers and narrowly avoiding two head on collisions with thrill-seeking local motorists. I couldn't take my eyes off the scene in front: a sprawling bay of ocean blue lake stretched for miles around, chocolate-box villages scattered intermittently along the water's edge.

The sun electrified the waves as they gently lapped against brightly coloured fishing boats, and at the epicentre of it all sat the terracotta-roofed pièce de résistance, Chiesa della Madonna dello Scarpello - meaning Our Lady of the Rocks. As if marooned by time, the church has stood regally in its solitude for centuries; legend has it that the islet was made over the course of many lifetimes by voyaging Croat seamen beholden to an ancient oath after discovering the icon of Madonna and Child on the rocks in Kotor Bay during the summer of 1452. Each time they returned from a successful journey, the seamen laid a rock in the water. Hundreds of years passed until one day, the rugged mound emerged from the sea, bursting forth with majesty like King Trident's sceptre

We pulled up at a layby on the easterly bank of the water and sunned ourselves on the hot stones flanking the lake's edge. Five minutes' walk along the shore, enticing aromas of freshly baked pastry wafted over us on the gentle breeze. Sitting outside on a scarlet-painted battered old bench, we devoured two bureks each and sat for what seemed like an eternity absorbing the idyll around us.

By the time we sauntered back to the Fiesta to make the final leg of our odyssey to the Adriatic Coast, we had attracted some unwanted attention in the form of two dour looking, Montenegrin police officers. With hardly a word of English from them and less than no local language from us, we were at stale mate until one of the disgruntled men in uniform produced a ticket book, scribbled €100 in thick black ink and thrust the paper in our faces. It seemed we had parked the car in a designated set down area, a set down for what we weren't quite sure as from what we could see, the only traffic in and out of the inlet was the baker's van and the occasional accidental explorer like ourselves. Without a single piece of cash, we were stranded at an impasse - two irascible constables between us and our final seaside destination. Remembering our encounter with the locals back in Bosnia, I chanced upon our only card: our universally enjoyed nationality. Gracefully proffering my open passport in front of the authorities, the countenance of hostility melted to matching grins and the typical utterance, "Ah, Irish!" was the last whisper of any difficulty we had in the state of Montenegro.

An hour later, leaning against the side of the rusty car ferry to Budva, the sun beat down warmly on our backs and I smiled fondly at the fortune of our heritage. Here we were, living my early teenage dream, the only Irish people for miles around and content in majestic Montenegro, the rough-cut diamond of Europe.