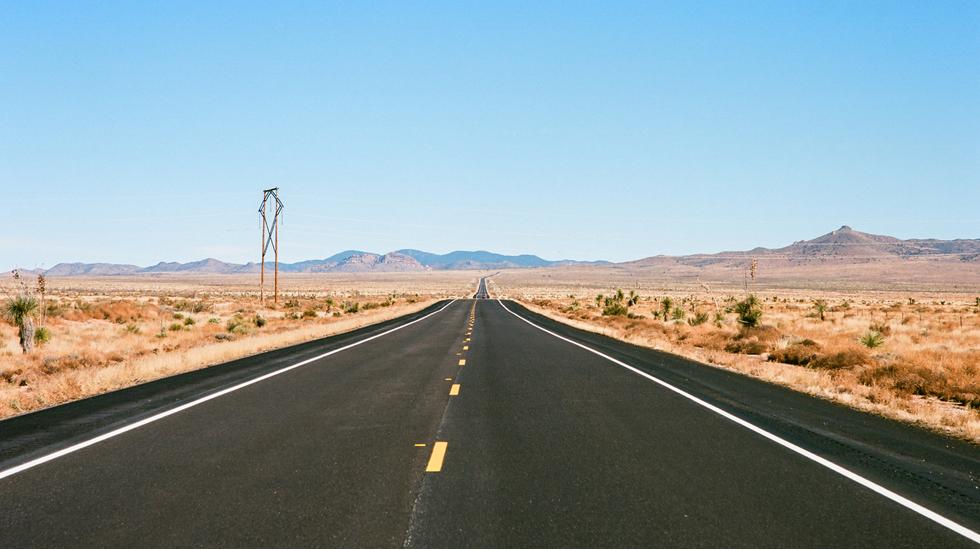 It's It's supposed to be a 14-hour drive from Los Angeles to Santa Fe but truth be told, getting there that quickly is near impossible, because the best road trips belong on the back roads. As much as everyone loves a summer getaway, there is something magical about traveling during winter. Without the hordes of tourists and camper vans, the landscape is filled with quieter scenes of life. By taking the roads less travelled and zigzagging across New Mexico - the "Land of Enchantment" as the state slogan screams - there is to be found a land lost in time, seemingly forgotten.

The landscape from one end of the state to the other is so varied, from rolling hills to white sand deserts, cotton fields to tall mountains. Dotted along the periphery of each magnificent locale is usually a small town. There may be a few inhabitants here and there, but overall the feeling is that of a ghost town, where you know there was once abundant life but it's now hard to imagine. The paint on the buildings is sun-faded as they fall further into disrepair and the palette begins to echo the surrounding landscape.

Though there is a feeling of loneliness and abandonment throughout, there is still a magic in the things left behind; things to be found. Within the remnants of eras past, there is a quality to New Mexico that makes you dream.