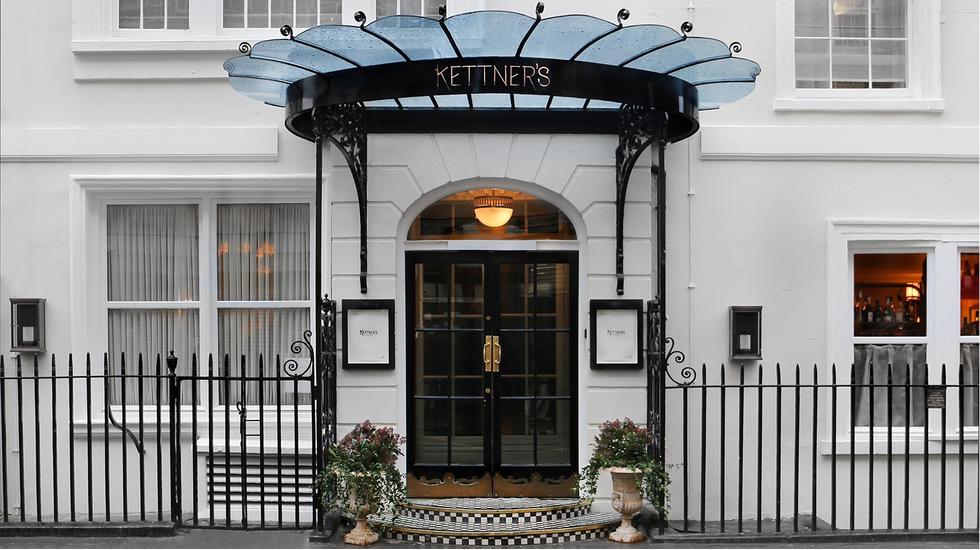 Founder Founder and CEO of Soho House & Co., Nick Jones launched the Soho House Group in 1995 taking over a labyrinthine property in London's Soho district. Then, Soho was at the heart of the film industry and that collective were precisely the people Jones wanted in his club.

Today the eponymous private members' club for creatives is in expansion mode. With a portfolio of 18 Houses around the world, with outposts in cities including Berlin, Barcelona and Istanbul, the company's growth has been exponential.

2018 is set to be a particularly busy one. Following a two-year update of the building, the original House at 40 Greek Street has reopened. Just around the corner, Kettner's Townhouse has launched a hotel and restaurant under the group's wing and April will seeing the opening of a White City outpost in the former BBC Television Centre. Openings in Mumbai, LA and Amsterdam are also planned for this year.

Meeting his now wife, Kirsty Young, at Babington House Somerset in 1998, Soho House has been the starting point of more than two decades of luck straights for Jones. Legend has it that Kirsty first chatted to him on the misapprehension that he was the porter, not the proprietor.

We met to discuss new plans for the Soho House Group in his eternal stomping ground of Soho.

Where is your favourite place to wake up?

We've just opened Kettner's Townhouse on Romilly Street, so I've stayed there recently. It's is a real Soho institution with 33 bedrooms, a restaurant and a champagne bar. It has such a unique history no one wanted to see it disappear. We needed to keep it open and celebrate it again.

Who does the best coffee?

I like Tony Conligiaro's place, Bar Termini. They have great coffee and even better cocktails.

What about breakfast / brunch?

I usually grab something on the go, Maison Bertaux is opposite the original Soho House on Greek Street, and it's only just older than Kettner's. They do a good pastry.

And if we're hungover?

We're about to open Cecconi's Pizza Bar on Old Compton Street. You can't beat a pizza the day after a few drinks.

Where should we go for lunch?

The Hart brothers' place, Barrafina. It's modelled on one of my favourite tapas bars in Barcelona Cal Pep.

What about for cocktails?

Cafe Boheme reopened in January, and we've brought back the cocktails and jazz until 3AM.

When I'm at the office I'll usually pop next door to Dean Street Townhouse. The mince and potatoes is one of my favourites, it's something I don't get bored of.

And to dance the night away?

Which is your favourite street?

Meard Street still feels like walking through a bit of old London - the houses there are from the 1700s.

How has Soho changed?

The area has changed a lot over the years it used to be all about late nights and drinking, but now there are some fantastic restaurants that have opened. I think some of that Soho grit still exists though. Kettner's is an almost deified landmark and that's why it was so important to save it, preserving that history and giving it a new lease of life. We hope the naughtiness that it was known for will continue.

What's next for the Soho House Group?

Next, we're opening White City House in the former BBC headquarters in West London, with three floors of club space, Electric Cinema, rooftop pool, 45 bedrooms and a 25,000 sq ft gym. After that will be Amsterdam and Little Beach House Barcelona.