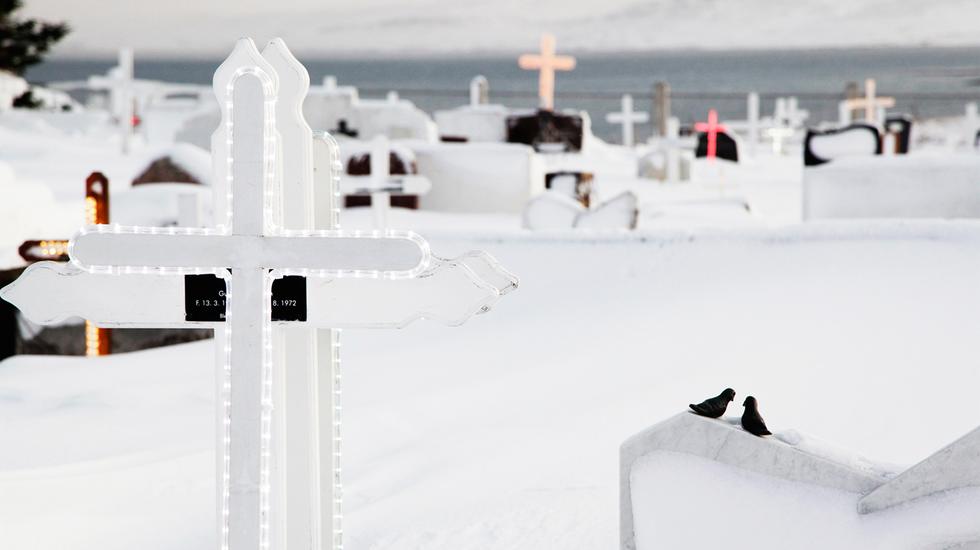 The flawed, gloomy detectives of the classic noir tradition find natural homes in the Nordic countries, where the low light, long winters and glacial landscapes have created a sub-genre all of their own.

Whether Whether they're cool, slow-burning mysteries or violent thrillers, Nordic noir uses foul play and felonies to unpick stereotypes of Scandinavia as a haven of prosperity, equality and liberal thinking.

Two early Scandinavian crime writers, Maj Sjöwall and Per Wahlöö, explored post-World War II socialism and its failings through their Martin Beck novels in the 1960s. Hostile attitudes towards immigration in Sweden in the 90s inspired Henning Mankell to write his Wallander series, while the original Swedish title for Stieg Larsson's The Girl with the Dragon Tattoo spells out one of its key themes: Men Who Hate Women.

Nordic noir has spilled over into film and television, spawning US and UK remakes in its wake. Danish cult show The Killing uncovered the frailties of politicians via a small-town tragedy, while The Bridge featured the grisly homicides, hardened journalists and dour cops that define the genre. The Nordics occupy a special place within the noir canon, and the books below highlight some of the best of it.

Miss Smilla Jaspersen is a scientist specialising in snow and ice, which leads her to realise the death of a local child off a snowy rooftop was no accident. Set across Denmark and Greenland, with its strong, intelligent female lead character, Miss Smilla was a forerunner of The Girl With the Dragon Tattoo.

Let the Right One In, John Ajvide Lindqvist

A vampire-mystery-love-story on a Stockholm sink estate, 12-year-old loner Oskar teams up with his mysterious neighbour Eli to seek vengeance on the school bullies and authority figures who have betrayed them. Let the Right One In manages to make the relationship between the two central characters moving, despite the high blood and body count they ratchet up between them.

Iceland plays host to this thriller, a story with an unusual twist as the book opens with the murder of a man who is truly despicable. A twisty police procedural plot set in an unforgiving landscape, the 'Jar City' of the novel's title refers to specimen jars held in a forensic lab.

An expert in the thriller genre, Norwegian author Nesbø sets his detective Harry Hole to work trying to understand why snowmen have appeared at the scene of a string of murders. The novel makes the inner workings of the Oslo police, and Hole's troubled inner life highly compelling (and also ensures henceforth that snowmen will freak you out).

The Girl with the Dragon Tattoo, Stieg Larsson

This is the first in the blockbuster Millenium series of novels that were pretty hard to avoid a few years ago, but for good reason. They clatter darkly along at a fast pace and feature one of modern literature's most famous heroines: hard-living, tatted-up computer hacker Lisbeth Salander, who wades into the decades-old secrets of a wealthy Swedish family.

Fossum plants her stories in a quiet Norwegian valley town. In Don't Look Back, she explores what neighbours do and don't know about each other after a young girl goes missing and then reappears, unharmed. Dark deeds in small communities aren't a new trope in crime writing, but Fossum has a subtle, melancholy style in keeping with the seemingly tranquil setting which sets her apart.