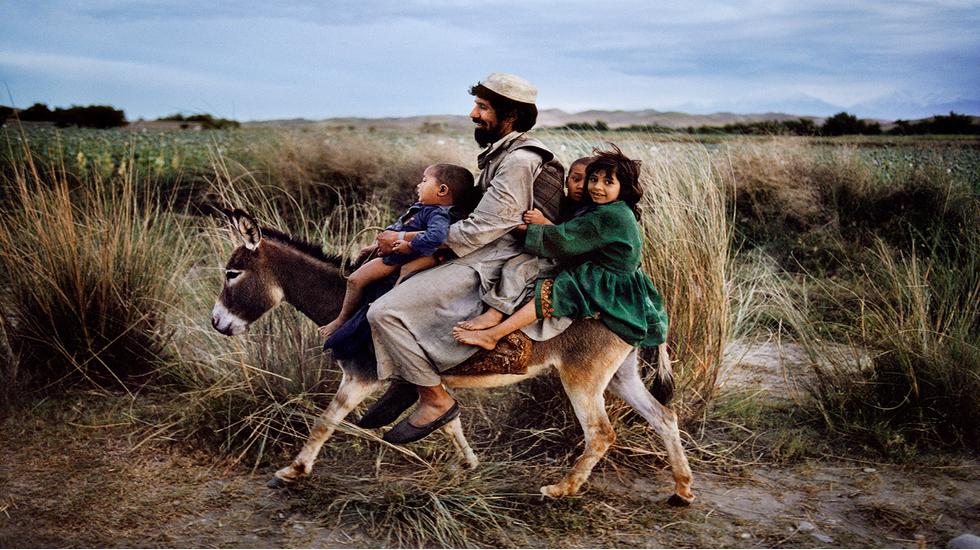 This article appears in Volume 25: The Pioneer Issue.

In In 1979, disguised in local attire and without a passport, photographer Steve McCurry was smuggled into Afghanistan just before the Soviet invasion closed the country to all western journalists. He later returned to Pakistan with rolls of film sewn into his clothes and delivered the first photographic evidence of the conflict. Since then he has continued to venture into "government unadvisable" regions, crossing national borders in order to transcend cultural ones.

McCurry's work locates the personal within the political. "When I have a strong emotional reaction to a particular situation, I always try to show the story of how those people live their lives," he says. "I want to have some sort of insight into the human condition of the subject." Nowhere is this intent more apparent than in McCurry's portraits, the penetrating green-eyed glare of the Afghan Girl (Sharbat Gula) having become embedded into our collective consciousness as a symbol of the plight of refugees around the world.

"Connecting with people has never been so essential to protect our humanity," and in a time when immigration rhetoric is too often dehumanising and questions of representation are being debated, McCurry's work in showing the humanity of faraway issues is more pertinent than ever.

Steve McCurry: A Life in Pictures: 40 Years of Photography (2018) by Bonnie McCurry is published by Laurence King.