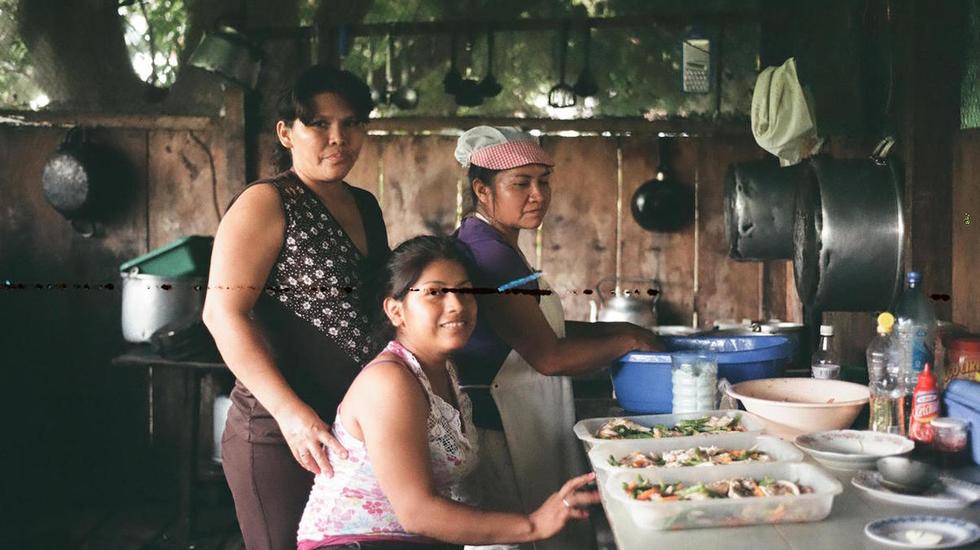 Life Life in the Bolivian Amazon comes in wild, trippy, kaleidoscopic hues. The air is sweet and moist; it smells of soil, tastes of tree bark and sticks to your skin...

Lost between the foothills of the Andes the region is shaped by a winding river, the Rio Beni, which flows straight out of the Amazon. For half the year, the basin floods and thousands of species that inhabit it have to adapt to surviving on the glassy surface of an entire rainforest submerged in water.

For several days we lived and travelled on the river with a local named Bismark. He took us in his boat to see toucans, turtles, cappuccino monkeys, birds of paradise, pink dolphins, an impassive anaconda and a remote settlement with a small team of boys on a muddy football pitch.

His hometown was a handful of crooked wooden huts, built above the water on shaggy stilts, strung together by lines of uneven bridges and pathways. We slept in hammocks beneath mosquito nets underneath a sky always peppered with stars. In the evenings, as we drank Bolivian beer, caiman alligators would linger beneath the kitchen window, drawn in by the warm smells.