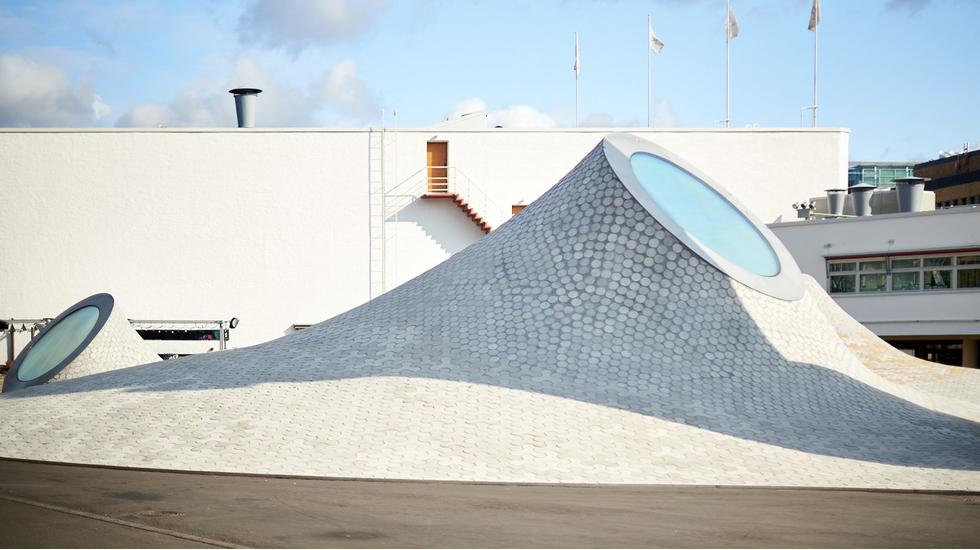 Helsinki is a city defined by its wealth of culture. Yet in the long, diffuse light of summer, Finland's capital enjoys a natural environment at its most bountiful.

At the peak of summer, Helsinki delights in 19 hours of daylight, an almost infinite light which comes with a position a mere five degrees south of the Arctic Circle. Approaching the city centre along Mannerheimintie - Helsinki's grand museum avenue - the air is clean and crisp, as if draughted from a remote mountaintop. Before long, the sea sidles into view - Helsinki is, after all, a peninsula, afloat with 130km of coastline and 300 islands. Yet the unerring presence of water belies a gravitas far weightier than other Scandinavian centres. The city has an urban fabric dense with architectural clout, from its historic sea fortresses to the hulking art nouveau Helsinki Central Station. Still, there is levity and poise at every turn. Few cities achieve such poeticism in face of grey grids of modernism. It is simply the elusive charm of Helsinki.

In these summer months, there is also, of course, warmth. Cafés spill onto the streets, waterfront terraces soak up the long evenings, bathers sink with ease into the glistening sea, and promenaders take to the Töölö Bay - presided by the breathtaking Finlandia Hall, its trompe l'oeil design by the Finish icon of architecture, Alvar Aalto. In the Kallio district, the Hakaniemi Market hums with a summer bounty of fragrant strawberries, zingy sea buckthorn berries and kaleidoscopic flower stalls. Unlike much of Europe, whose local charm seeps out during the summer months, Helsinki sees the return of ordinary routines come August. Schools restart and the city welcomes its new cultural season with the Night of the Arts - a beloved annual event in which the streets throng with local choirs and the buzz of exhibition openings. In summer 2020, the country will host the first contemporary art Helsinki Biennial on the nearby island of Vallisaari, a haven of abundant wildlife and soon-to-be a treasure island of art.

At every turn, Helsinki is a place of artists, a city defining itself through culture. Museums abound and their spaces astound, from the soaring Kiasma museum with its cascading central atrium, to the lauded Amos Rex, a unique site burrowed beneath the iconic 30s Lasipalatsi building. The new Oodi library, inaugurated only in December 2018, is a breathtaking wing-like gesture, more akin to a serene architect's sketch than a public facility. Then it is the turn for religion to startle: with the jewel-like Kamppi Chapel and the Temppeliaukio Church, carved into the solid rock. Nowhere escapes; nordic design excellence feeds into restaurants and bookshops, fashion and typography, a moreish melting pot of Russian and Japanese aesthetics.

Scratch the creative surface, however, and you will find that it is nature, more than culture, which flows deep. It's all-encompassing force for some of the city's residents, and a gentle background hum for others. Summer for a Helsinkian is a symphony of island hopping, foraging, natural saunas and summer houses. It is picnics of the freshest salmon and malty rye bread. There are wild raspberries in the thickets, swallows circling overhead. Evenings are spent dashing from steam to sea as the shadows lengthen and sunlight envelops the shore with a pink hue.

The prowess of Helsinki's natural environment and the wealth of its culture has never eluded the city. Summertime, with its generosity of spirit and brilliance of light, simply brings a unique clarity to its charms.