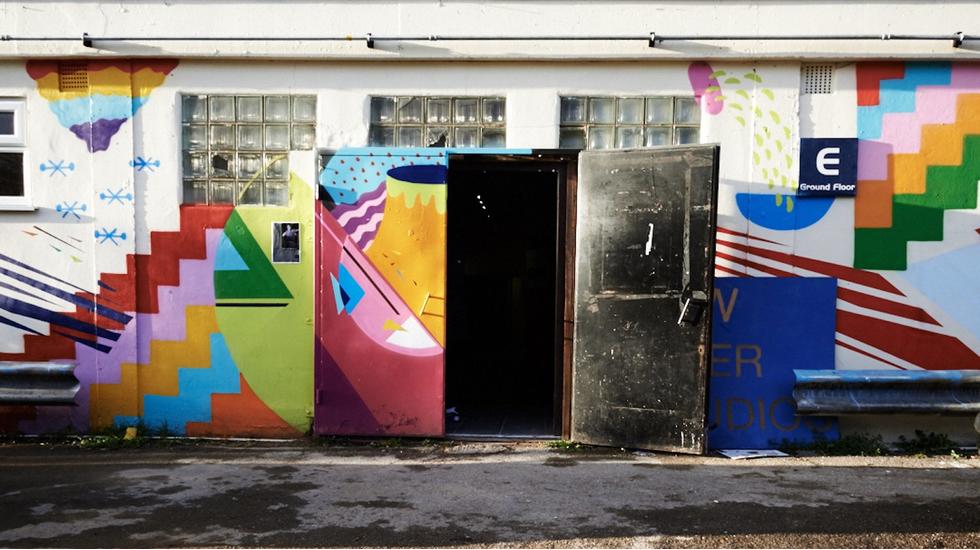 Forget Tottenham Hotspur, the North London neighbourhood we know is one defined by its pop-up galleries, craft breweries and a young, creative crowd. We've compiled Tottenham's best places to eat, drink and dance.

Is Is Tottenham London's must underrated neighbourhood? Allow us to answer that for you: yes. If you start at Charing Cross, slap-bang in the heart of London, then make a beeline north-east - through The City, Shoreditch, Dalston and onwards - eventually, you'll hit the red-brick breweries and pulsating warehouses of Tottenham.

You'll find much more here than the football club that takes the area's name. The Tottenham we know sits in the literal and historical shadow of the Arts and Crafts movement's epicentre, Walthamstow Village, and it's underscored by the same socialist principles. This is a borough that hasn't (yet) been monopolised by sky-high apartment blocks and mass-market cafés, but is flecked with pop-up galleries and community gardens instead.

Cheap rent, unclaimed public spaces and a slick of industrial grit have made this far-flung borough a zesty magnet for young creatives. It might not be smooth around the edges, but that's precisely why we like it. Hackney? We don't know her.

Where to eat, drink and dance: a pocket guide to Tottenham

A neighbourhood is only as good as the pizza you find therein. True Craft has set the bar for Tottenham's pizzerias by serving up sourdough pizzas with locally sourced toppings in a thronging, industrial space. Of course, the best pizza pairing is beer. Pick a couple of pints from its extensive beer menu (plastered on a cinematic lightbox above the counter) or stop by the Bottle Shop, where shelves are teeming with fresh dispatches from Tottenham's wealth of micro-breweries.

Flavours from Columbia, Costa Rica, Brazil and all of the colourful nations found in between collide in this covered warren of a food market. This isn't one of those curated inner-city market halls that seem to have sprung up of late, but the real deal. We suggest hopping from stall to stall or grabbing a table at Colombian restaurant, Pueblito Paisa. For years, this enclave has been a hub for London's Latino community but it's come under threat from investors in recent years. Vote with your credit card… or cash, as the case may be.

Is there any clearer indication of a borough's creative credentials than a stripped-back "artisanal" coffee shop? Tucked in an industrial estate amid a hotch-potch of artists' studios, you'll find Craving Coffee - a source of respite for the area's frazzled designers since 2014. From Thursday until Saturday, it offers up its kitchen to a different street-food trader which means that the dinner menu varies week on week. Just behind the café lives Piquant, a shop and creative studio peddling vintage homewares, and Idris Barbering Company, should you be in need of a trim as well as caffeine.

Yes, it used to be a public bathroom. Get over it. While glossy, white tiles nod to this pub's former life, there's really nothing to poo-poo about this understated but stylish "micro-pub" on Tottenham's thrumming High Road. The menu is scrawled anew on chalkboards each day. It's all about heapings of proper, old-school London grub decorated with gourmet garnishes - think mushy peas with wild mushrooms and spinach or cod battered in beer from the local Beavertown Brewery.

We weren't sure in which category this bar, brewery, restaurant and club space would best sit in this guide. It has a bit of everything. Its on-site restaurant, Torshi, is named after the pickled vegetables of the Levant and plates up an exciting kaleidoscope of fruity small plates - we're talking fried chicken with watermelon rind, zhoug mayo and pomegranate ketchup - every evening from Wednesday through to Sunday. It's an industrial but smart place to grab dinner and cocktails. If you rock up a little later, you'll find a different crowd: this is one of many Tottenham-based meccas for London's techno-heads.

To Drink and Dance

We're reluctant to share this one. By day, you'd probably pass by without even noticing it, but come nightfall this former car depot transforms into a pulsing hub of electronic music - a maelstrom of clubbers routinely spill out at 6am (or later). It's like a slice of Berlin in London. DJs perform inside cages, lasers score the concrete walls and its custom-built Core sound system attracts music nerds from afar. The real USP of this place, however, is its charitable underpinnings. A portion of proceeds made from ticket sales each night goes directly to local and national mental-health charities.

This is still very much a DIY events space, though it has the potential to become a more established part of Tottenham's nightlife scene. It sits in the shadow of the borough's most notorious squat, the Tottenham Pavilion - a hotbed of aspiring creatives. By day, you'll find musicians jamming in the studios or recording their next EPs. In the evening, it opens up as an events space. Grab a beer, order a crispy-bottomed, wood-fired pizza and settle into an evening of experimental live music.

Grow describes itself as "a meanwhile use project" - take from that what you will. In layman's terms, it's a community garden, a café, a carpentry workshop and much more besides. Money made from sales of food and drink is poured straight back into the garden's upkeep and is also used to subsidise a program of free workshops and events. In summer, this is one of Tottenham's best spots to grab a drink and chew the fat with friends (old and new).

From the brains behind Printworks, London's phantasmagorical electronic dance emporium, comes The Drumsheds. It's the same principle: otherworldly light shows buoyed by internationally renowned DJs playing to large crowds in a conglomeration of old industrial spaces of cathedral-esque proportions. A party here typically starts mid-afternoon and wraps up by midnight.

We couldn't not mention Tottenham's famous micro-breweries. Cans and bottles from these artisanal outposts are almost instantly recognisable for their graphic labels. Stop by for a pint in either Pressure Drop Brewing, Beavertown Brewery or Redemption Brewing Co., each of whom has no-fuss, no-frills taprooms which open intermittently throughout the week.

Every Sunday morning, a bevvy of Tottenham's most enterprising start-ups and local food producers pop up just outside the town hall. You'll find natural wines, crusty sourdough loaves and takeaway dishes from a few of the lip-smacking joints mentioned above.

Don't just turn up; this photography studio is a professional workplace. During the day, you'll find a never-ending stream of photographers, models and the related coterie of arty professionals passing through. It's more than just a professional studio, however. On weekday evenings it hosts events, though you'll have to refer to its Instagram page to keep up to date with the latest goings-on.

This cultural complex sits beside Tottenham Town Hall. Big names such as Jeremy Corbyn and Toni Morrison have taken to the stage here. The emphasis is on diversity, with a schedule of talks and performances which largely revolve around race, women's issues and multicultural Britain. It's pretty rad.