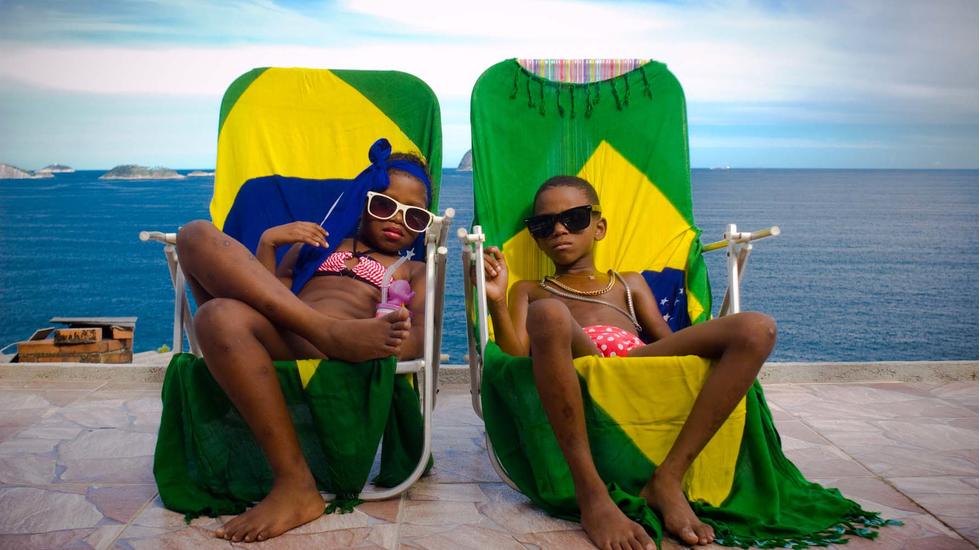 In In 2009, I moved to Rio de Janeiro and started living in the favela of Rocinha.

Rocinha is the biggest favela in South America and has a population of 70 000 people; it is a big ant-hill, with ceaseless movements and endless rumours. With time I met people, and through them I learned more about the favela and its inhabitants. I worked with kids for an NGO and we built a special bond.

For me photography is a collaborative art, and I have always built my projects in collaboration with other people. I want it to be a way for them to express themselves too.

I began this project to allow children in the favela to express themselves, far removed from the clichés surrounding their social standing. I proposed to make their portraits, inside or in front of their homes, after they gave me their answers to the question: "How do you want to be seen by other people?"

Each child posed following their own idea, some imagining themselves as movie stars, others as models for glamorous fashion magazines and some as fairy tale characters. I asked them to be as precise as they could be, creating drawings and collages so that our final picture would be as close as possible to what they had visualised.

Upon my return to Paris, I transported the project to the suburbs where - as in the favelas - people are often reduced to the stereotypes of the places in which they live. It was important to me to take these photos again in my own country, collaborating with kids that I had known during the time that I was a teacher in Paris.

I truly believe that we decide what we are. We just need the tools, and the confidence to follow our little voice.