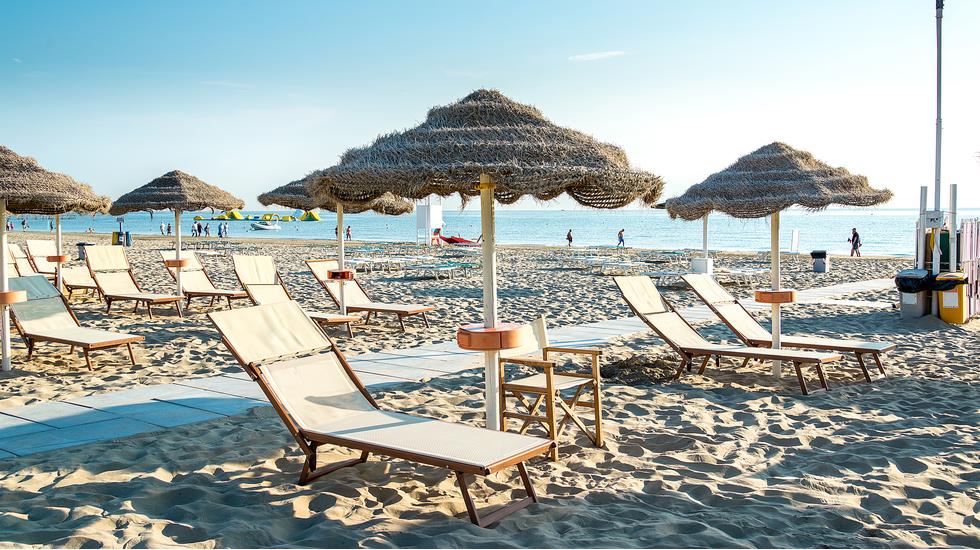 A A city of contrasts, Rio De Janeiro has long been fancied as a land of skimpy swimsuits and Carnival spectacle. Lodged between the sea and lush tropical mountains, Rio is one of the most readily identifiable cities in the world.

Under the outstretched arms of the 38m Christ the Redeemer statue atop Mount Corcovado and for Sugarloaf Mountain, a granite peak with cable cars to its summit, it's easy to identify with Rio's allure.

Rio is undergoing a renaissance of sorts, largely due to the recent World Cup and the impending Summer Olympics. A city notorious for its glitzy hotels and palm-fringed beaches, the fulcrum of its energy is shifting downtown. Away from the traditional South Zone destinations of Copacabana and Ipanema, the downtown port area is in the midst of an impressive overhaul of exhumed historic sites and new museums.

A city of endless adjectives and multitudes of contradictions, Rio De Janeiro is sure to impact all those who visit.

If you like to sit in luxury’s lap, this slick offering in the heart of Ipanema has got your name on it. Combining the charm and sophistication of Rio’s most coveted address with interiors from French designer Philippe Starck results in spot-on, understated elegance. If you’re not a guest at the hotel, try your very hardest to befriend someone who is so that you can take a dip in the rooftop swimming pool with panoramic views of the city. Then order a coconut with a splash of rum.

An earthly slice of paradise, a trip to Rio wouldn’t be complete without a pilgrimage to the island of Ilha Grande, just a three-hour boat ride from the city. Nestled in the trees, this lodge is for those wanting to make like The Jungle Book. Awake to birdsong, surf all day then lounge in a hammock before falling asleep to the low hum of crickets. Dreamy.

Hoteliers Benjamin Cano and Louis Planes have blended urban vistas, clean design and impeccable service here. Soak up the scene with a caipirinha in the roof terrace bar with views of Ipanema, Copacabana and Sugar Loaf. Note – Casa Mosquito sits on the same cobbled hill as the favela known as Cantagalo, so this is one for the more open-minded traveller.

Formerly known as Copacabana Palace, Rio’s most iconic hotel has been welcoming the rich and famous since it swung open its Art Deco doors in 1923 – and if you’re not a celeb, you’ll soon feel like one. Soak up the sun by the magnificent pool or push the boat out with Italian fine dining at Cipriani.

These separate apartments are located in prime spots around the city and designed to give you the benefits of a boutique hotel but the privacy of your own home. A nifty welcome package includes an area guide. Be sure to check out the clubhouse, which is South America’s answer to Soho House.

Escape the city for the weekend and make for this hotel in the coastal town of Buzios, Rio’s answer to Ibiza. Perfect for those wanting to bask in Brazilian culture, themed guestrooms are inspired by iconic musicians, artists and designers. Relax by one of five little swimming pools concealed in the rocks, or kick back and enjoy sweeping views of Ferradura bay from the wellness centre.

This serene hotel sits on a hill in the heart of the bohemian neighbourhood of Santa Teresa, offering complete tranquility in buzzing city. Its chic rooms and impressive gastronomy make it the ideal refuge for a romantic getaway – up the ante by ordering a caipirinha de maracuja (passion-fruit caipirinha) from the alfresco bar.

Bold colours and brazen architecture are no longer in vogue. Sustainability is the order of the day (and all those still to come), and Janeiro, a eco-friendly hotel housed in a restructured building, is testimony to such noble endeavours. An idyllic extension of Leblon's flaxen sands – the surrounding palette is reiterated in the elegant simplicity of the rooms. The hotel's core initiatives rotate around sustainability – namely, supporting local farmers and markets, reducing energy consumption and using reusable glass bottles. With locally-sourced fare at the fore of all menus at Janeiro, a good meal is near guaranteed. Let the experts make the hard decisions easy at Omakase restaurant – navigating their seasonal Japanese tasting menu is a challenge best left to someone more knowing. As the evening hours while away, retreat to your room for a jet-lag inducing sleep. Wake truly rejuvenated and head to the second floor for a traditional breakfast and follow with a barefoot, beachfront walk.

Ride up to the 8th floor to Fasano’s infinity pool. Overlooking the beach, the vista (encompassing Arpoador, Morro Dois Irmãos and Corcovado) vies for your attention but the pool bar wins out. Sample a menu of light dishes and sippable cocktails to a soundtrack of Sinatra’s Girl from Ipanema.