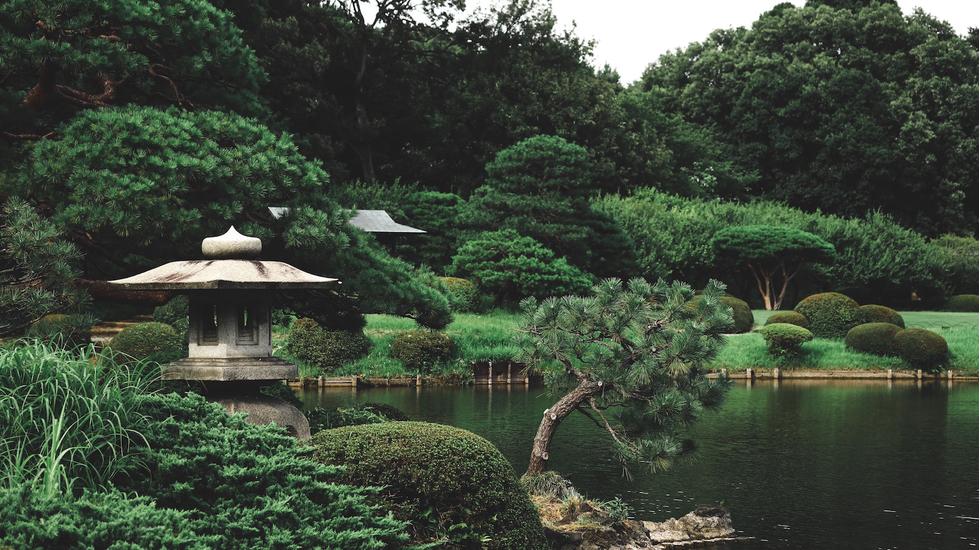 I took an hour-long bullet train to the historic spa town of Karuizawa, home to epic secular stone churches, forests frequented by moon bears, deer, wild boar and flying squirrels, as well as Japan's first geothermically powered resort, Hoshinoya Karuizawa. The hour-long journey there was delectably peaceful, almost meditative, and perhaps the most un-public of public transport experiences. Stepping off the shinkansen train, I was in the right frame of mind to shinrin-yoku - forest bathe - with abandon.

A transformative few days followed, during which I partook in sunrise- and moonlit-yoga, and swam naked in a pitch-black, womb-like cave with strangers. On the last night some stargazing afforded me a sighting of the North Star, Cassiopeia and a moving satellite - it seems even the cosmos is getting a slice of the spiritual tourism industry's celestial pie.

In lieu of a monk or nun, the resident naturist and astronomer regaled the group with stories about each star as we marvelled at the constellations. Some hours later, when I was speaking to my Scandinavian lover, I would realise he was gazing at these very same stars from across the world in Norway. It was a particularly stirring moment on my solo sojourn - no cringe.

At Hoshinoya Karuizawa the focus is on connecting, Emerson-style, with nature. It was here in the early 20th century that writers, poets and academics - national luminaries such as Tōson Shimazaki, Uchimura Kanzō, Yosano Akiko and Hakushū Kitahara - would come for a time-out from Tokyo. In between onsen sessions and reading, they'd while away the hours in what was the country's first wild bird sanctuary or perusing the on-site literary museum.

As As I continued to explore Japan, every building emanated a certain tranquility. A sake brewery had its own shrine while the restored former house of Lafcadio Hearn - one of the first famed western writers on Japan - resembled that of a feudal lord. One of the gardens I visited here looked so akin to a painting I was rendered speechless - a feeling that any gallery or museum has been unable to inspire in me. Even in Tokyo's lively district of Shibuya, a pacific calm even pervaded.

Downtime here is spent in a traditional ryōkan such as Yumoto Kanko. Imagine it as an old-school Japanese take on Butlins, except with more communal hot-spring baths and nudity alongside bowling alleys and karaoke rooms. Visiting the onsen is a time to free the mind. Thanks to my time spent living in Berlin where freikörperkultur - free body culture - is embraced, the liberal approach toward physical body here felt natural.

Any soul-searching traveller will appreciate the resort's east-meets-west aesthetics: chunky futon beds, wooden baths with buckets for washing your hair, sunken seating areas and a distinct, welcome lack of televisions. Under the cover of moonlight, I couldn't help but think this would be the perfect, untouched setting for a Secret History-esque bacchanal.

Dreams of wild celebrations aside, this calm and measured setting is also ideal for kaiseki, an elaborate, multi-course Japanese meal and one of the most mindful feasts I have ever experienced. It's closest Western relative would be a decadent tasting menu, minus the painful pretentiousness of whipped air and saucy swirls. Lifting tiny ceramic lids, I'd find shiso leaf-wrapped carp sashimi sourced from the surrounding river. I sipped wild boar broth and devoured a kaleidoscopic array of fungi that I, as a recent mushroom convert and shroom-dabbler, found nothing short of dazzling.

Japan had me transfixed. I was at once bloodthirsty for order and routine, and liberated from bothersome bathing suits.