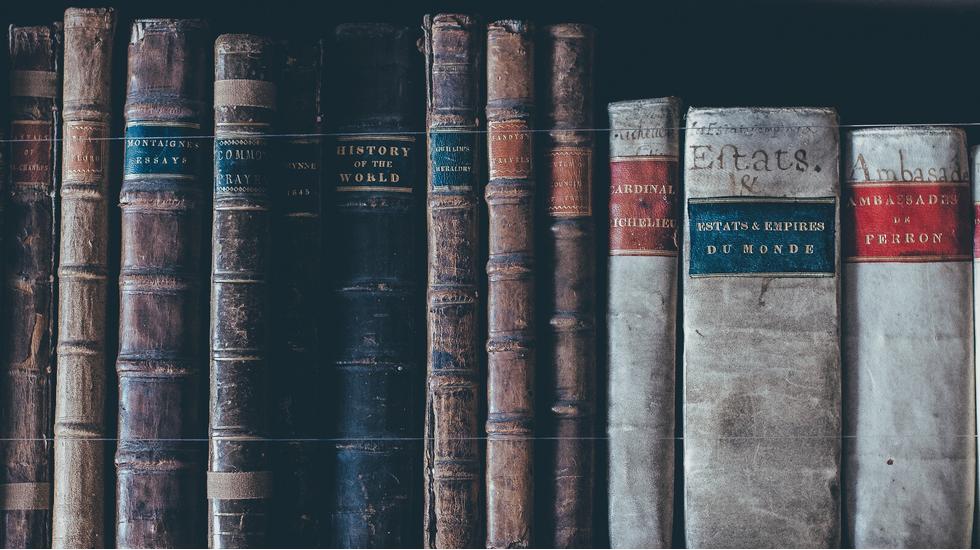 Born Born and raised in Oxford, Sammy is a book dealer and buyer at Peter Harrington of London, which since 1969 until today has offered a unique collection of rare books and literary items from across the world. Whether it's a Shakespeare folio, an original French printing of Dumas' Three Musketeers, or that first English edition of Machiavelli's Prince you've wanted since you were a child, the shelves at Peter Harrington's serene premises on the Fulham Road, Chelsea and Dover Street, Mayfair are stuffed with historical treasures to discover. We asked Sammy to give us an insight into the world of the rare book dealer and share some of his favourite places with us.

How did you get into the world of rare book dealing?

Pure serendipity. While sorting out the papers of my late grandfather for donation to the Bodleian Library in Oxford, I was amazed to find a very rare and sought-after first edition of Mary Shelley's Frankenstein (1818), inscribed by her to Lord Byron. This made quite a fuss in the rare books world, and when it was consigned to Peter Harrington to be sold, I curated a small Romantics exhibition around it at the launch party. That was over six years ago and I have been working for them ever since!

What's the most unusual request you've had from a client?

We once sold one of the telegrams that General Eisenhower had signed and sent to announce the end of the Second World War. It emerged that this was a birthday gift for the client's father, and that the birthday party was the next day in Dubai. So I had to hop on a plane in the morning and deliver it by hand to the gentleman in question.

Absolutely. While Peter Harrington is based in London, we have customers and attend book fairs all over the world - Australia, Hong Kong, Japan and the Gulf, as well as in Europe and America (usually New York, Boston, LA, San Francisco and Seattle). In our search for stock, we often leave the cities and coasts behind to take the roads less travelled by - sometimes that makes all the difference.

I like what an international metropolis it has become and how eclectic people's tastes are, which means we can bring in really exotic and interesting items from around the world and put them on show knowing they will be appreciated.

When you manage to escape the shelves, what is your favourite eating spot?

Just round the corner from our shop on Dover Street is Le Petit Café: French name, Italian food, charming Egyptian owner - a delightful little place with a table on the street where you can devour an inventively stuffed panino and watch the denizens of Mayfair hurry by.

All this book talk is making us thirsty. What shall we drink and where?

Put yourselves right with an espresso martini. I have spent the past two years with Mr Harrington on an international quest to find the best one. Currently a dead-heat between the bar at the Concorde Room at Heathrow's Terminal 5 and the Hotel du Vin in Cambridge. If we are going central, the home-made vermouth at Mele e Pere in Soho is also delicious.

Where does a romantic go for a good date in London?

I'd spend a Sunday taking a ramble up Hampstead Heath, followed by a swim in the bathing ponds and finish with a roast and several well-earned drinks at the Spaniards Inn atop the hill. Dick Turpin, Dickens and Bram Stoker are said to have been regulars and Keats is rumoured to have written "Ode to a Nightingale" there after a long walk. You can't say no to wood panelling, roaring fire, plentiful ale and the residual glow of literary stardust…

If we do ever get bored of London, where do we escape?

For a day-trip go up to Oxford and see the amazing new exhibition space at the Bodleian Library. The Pitt Rivers museum (think shrunken heads) and the Ashmolean Museum are both world-class institutions, and when you're sick of history you can sink into the local pubs of Jericho - the Old Bookbinder's Ale House is particularly dear to me.

You mentioned that you also spend a lot of time in the US - can you give us a few favourite spots?

New York is always exciting. Definitely try the Boom Boom Room, the bar at the top of The Standard and straight out of the luxury cruise ship in The Fifth Element. Expensive but worth it for the view and the surreal experience. I also always like a beer at the White Horse Tavern on 11th and Hudson Street in honour of its literary ghosts. For a whole city experience I recommend Seattle - fantastic sushi, great bar culture (nothing beats a thrilling game of shuffleboard in the basement of Capitol Cider) and a reassuringly British climate.

We have to ask - if you had to rescue one item from a fire in the shop, what would it be?

Difficult question, but we have a rather incredible book which Ottoline Morrel of Garsington Manor, who knew practically every writer and artist in the inter-war period, used as a pocket autograph book - for collecting people. It has all the literary greats of the time but also surprise appearances from the likes of Charlie Chaplin and the exiled Kaiser Wilhelm, whose signature rests on the page cheek-by-jowl with that of bohemian tearaway poet Iris Tree, who modelled nude for Modigliani.

Lastly, where do you suggest going to get a special present in London?

You must come see us in Dover Street. Most of my time is spent fielding requests for special gifts: weddings, valentines, christenings, anniversaries, birthdays, you name it. Whatever a person cares about, from flowers to football, from philosophy to philately, there will be a book that will mean something to them, and show you understand them. The right book is always the best possible present.